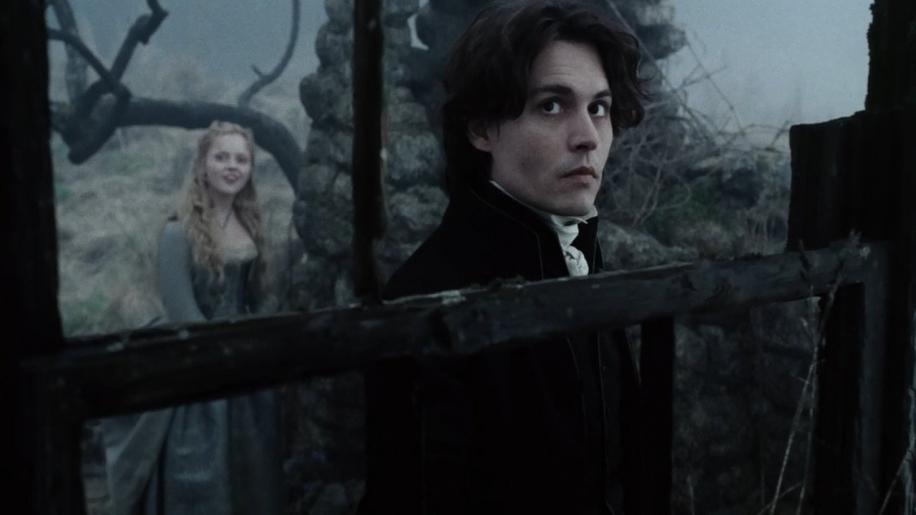 With the majority of the action taking place on dark, stormy nights, no one could say that Sleepy Hollow would be an easy film to put on to DVD. All the more reason then to celebrate the impressive anamorphic 1.85:1 transfer featured on this Region 2 release. The dark palette is rendered with impressive life and richness, the dark backgrounds and shadows still rendered with plenty of detail.

A thunderous, booming soundtrack which makes the most of the 5.1 channels provided by the surround mix. Coping superbly with the steering of effects and Danny Elfman's magnificent score, while never losing track of, or drowning out the dialogue, this is impressive stuff from beginning to end. For a real treat, have a listen to the Horseman emerging from the tree and sweeping across the speakers in Chapter 9. It's just a pity the rumoured DTS soundtrack didn't make it onto this disc.

Some marvellous animated and scored menus, which are far better than the relatively static ones on the R1 release, the first sign that this disc is something rather special. Although it may not have the largest feature count we've ever come across, the extra material still manages to cover pretty much every aspect of the film's creation. To kick things off, there's an informative, if slightly stilted, commentary track from director Tim Burton. You'll also find a 30min Behind The Legend featurette which looks at the making of the film, an 11min collection of interviews entitled Reflections On Sleepy Hollow, two theatrical trailers, a photo gallery, and finally, cast bios/filmogs.