This dog is far from being asleep 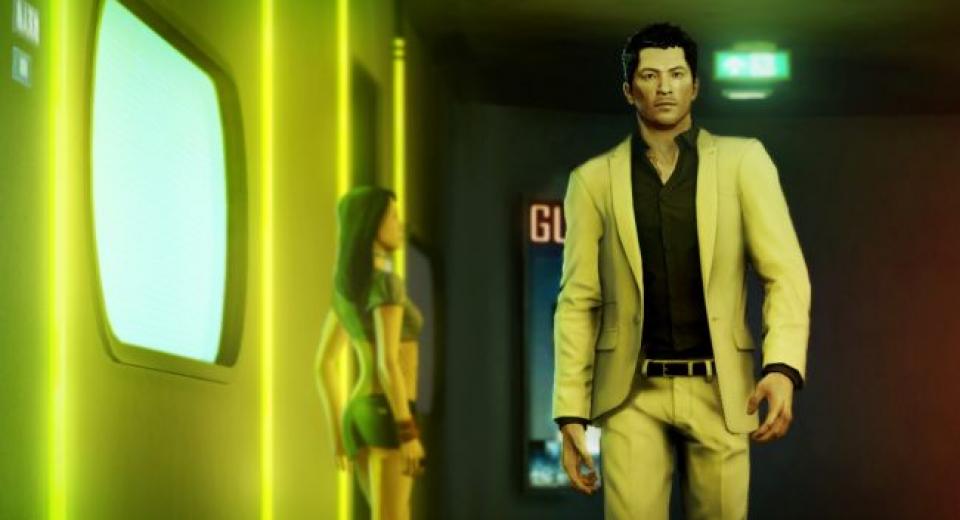 It would seem that the industry is in a little turmoil recently with companies and development studios closing left, right and centre. Whilst many projects are being canned because of tight budgets, Activision canned their third True Crime project because they didn’t believe it was of high enough quality. The two previous titles, True Crime: Streets of LA and True Crime: New York city proved to be fun but failed to deliver similar levels of fun as Grand Theft Auto.

As a result, the game was left in limbo as to whether or not it would see the light of day and thankfully Square Enix, with the help of United Front Games, picked up the pieces and glued them all back together. Neither of these companies are really big players in the open-world genre with Square being behind big RPGs like Final Fantasy and United Front the masterminds behind ModNation Racers.

You’d expect the game to be pretty half-baked then with it being pushed from pillar to post but guess what? You wouldn’t even know that the game had a dark and disturbing past. Seriously, it is amazing how great this game looks, feels and plays given that it wasn’t supposed to be of high enough quality for the bosses at Activision. Well, they’re eating all the humble pie now. Sleeping Dogs follows the story of Wei Shen, an undercover cop who is trying to bust the biggest drug smugglers and criminals in Hong Kong by infiltrating the gangs himself. It’s a dangerous game and it makes for one hell of an adventure for you to play through. Following suit of the previous two games, Sleeping Dogs is a 3rd person action sandbox title, set in a fictional take on an established city.

The world in which you get to play is split into four islands, similar to Grand Theft Auto, and much like its American counterpart, each is full of culture, life and interesting missions and quests to sink your teeth into. Thankfully the game avoids any sort of offensive racism or stereotypes which is quite hard to do when you set a game in a foreign country.

One thing that can be said of Sleeping Dogs is that it is a bit slow to get itself going. I played around three hours before I even touched a gun and then straight after the mission it was taken off me. In a way this slow start allows you to improve your melee skills (more on that soon) and makes you more resourceful in the way you kill rather than gunning everyone down.

Sleeping Dogs looks absolutely top notch and there are very few hints of glitches, texture pop-in or AI/NPC mishaps that ruin missions or get in your way when cruising. It’s crazy to think that with a few decent ideas that have been well implemented into the game Activison didn’t see the potential in this one. Every little detail seems to have been thought of and produced; happen to run a parking meter over? Well all the loose change is yours to keep as a result. Those vending machines placed around the city are yours to use as well if you’re in need of some nourishment after a big brawl. You will find yourself in big brawls too as this is an area which is emphasised by United Front and with good reason too because the combat is immensely satisfying. The combat boils down to well-timed presses of the square button combined with grapples and counter-attacks in order to carve through the hordes of gangster who converge on your position.

Even mashing the square button makes your hits feel like they’re dealing the damage as slow-motion sequences show blood and saliva fly from your enemies when you kick them in the head. Bone breaking sounds are played when you crunch a guy’s knee in two or rip his shoulder out too; it really is a brutal affair. The kicker is that you can finish honchos off with deadly finishing moves which utilise the environment around you such as throwing someone off a balcony or shoving their head into a nearby amplifier.

It is important that you make the most of these moments too as your actions are scored throughout missions both by the police and the Triad you roll with.  For many, their Triad score will shoot up whereas their cop score will rise a little slower as some actions are punished a little unfairly. Granted that you are a cop at the end of the day, but the phrases ‘at any cost’ and ‘the rules are different for undercover’ are emphasised throughout. The last thing you care about when chasing someone fleeing is avoiding lampposts or telephone boxes, the destruction of which are punishable offences. Avoiding these objects would be a little easier if the vehicle controls were a little tighter and it didn’t feel like you were driving on a skid pan in certain areas. It’s not enough to put you off the massive selection you have at your disposal, however, as there are loads of cars and bikes for you to mess around with. From the humble scooter to the double decker bus or the speedy roadster, you can choose the perfect ride to suit your mood or mission.

There is a great selection of missions for you to choose from and they go way beyond the main story with random encounters, races and gangs to bust on your journey as well. To be honest, the side missions are a perfect distraction from the main story and offer much more than forgettable distractions and you could find yourself lost in them for a fair few hours.

If you were being overly critical then you would say that Sleeping Dogs relies heavily on car chase sequences, foot chasing and shoot-outs but it doesn’t matter. All of these sections are so hectic and fast-paced that you don’t re-tread old ground. The cover based shooting is very satisfying and works well with the climbing and free-running mechanics even if the guns at your disposal often feel a little under-powered.

You get the chance to hack security cameras, plant bugs to listen in on conversations or simply go and pay someone off as a favour. These increase your ‘face value’ which allows you to buy better cars and clothes in order to look that little bit more ‘flash’ as you go about your business. Hidden around the world are lockboxes containing money and hidden objects, shrines which boost your health when you find enough of them and statues which unlock new combat moves when redeemed at the martial arts club.

Neither of the above features ever feel like they are there just to pad out the main game either as looking for these proves just as entertaining as the main mission in some instances. The unlockables and rewards gained from them allow you to improve your chances for future missions too as boosted health and faster cars prove invaluable in some cases.

It’s a daft thing to think but August looks like it could be the second best time for great games to launch and take full advantage of the lack of other titles being released. Sleeping Dogs has blown everything else out of the water that was released close to it and rightly so because it is an amazing game. It’s refreshing, action-packed and fully loaded with set pieces and interesting missions for you to lose yourself in for hours at a time. I’d be sad to see this not make the Game of the Year shortlist.

Sleeping Dogs is an excellent game. Not only is it full of life and character but every missions gives you incentive to complete it because they are all full of high drama and action. The melee system is great and the shooting sections compliment it perfectly when your situation takes a massive turn for the worst. The driving mechanics do let it down a little and the mission scoring system can get a little annoying but these are little things that can easily be forgotten when you're knee-deep in Shei's story. If you have any doubts after reading this; you must buy and play it. It would be a crime not to.