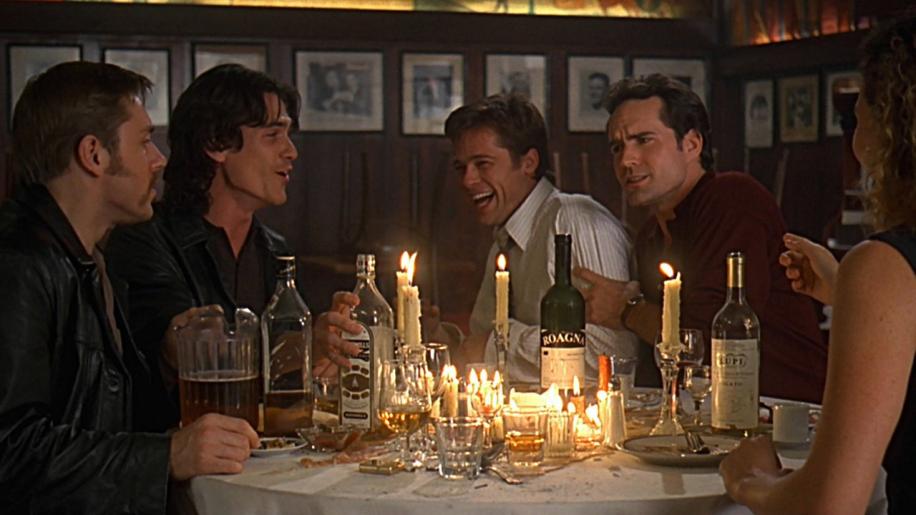 Presented in 2.35:1, this anamorphic transfer could have been particularly troubling. Shot in restrained, muted tones, and saturated with shadows throughout much of the running time, I'm pleased to say the encoders have done a wonderful job.

The print looked clean and free of compression artefacts on our large review screen, with only a few sporadic scratches lending any hint of the movie's age. Absent, too is grain for the most part, with the only scenes where it appears being the black & white retro shots, where I believe the graininess is deliberate.

Black level is good, with solid clean lines that reveal much detail in the half-lit scenes. Skin tones, too, look natural and in keeping with the feel of the movie, and if a couple of the prison scenes look slightly over-saturated, this is purely down to the style of filming.

Overall this is a good transfer; perhaps it isn't as sharp as recent releases, and as I say there are a few scratches, but these points aside we have a pleasing video presentation. It's also worth mentioning that the Japanese subtitles are on by default, but these can easily be switched off.

Perhaps the main reason to consider this Japanese edition is the inclusion for the first time of a DTS soundtrack. Viewers will be pleased to see the choice of both 448kbps Dolby Digital and 768kbps DTS tracks present, and I'll start by saying DTS is by far the most forward of the two. In fact, it appears that the DTS track has been recorded around +2 db louder than its Dolby counterpart, but this isn't quite the main difference...

Leaving aside DTS vs Dolby for a moment, overall the soundtrack can best be describe as workhorse rather than thoroughbred. It's mainly a dialogue driven movie, and here the centre offers us clean dialogue with no bleed between channels. Vocals are crisp and precise, and make this for an easy listening session.

Similarly bass usage is restrained, but at the times where the subwoofer does kick in, the result is reasonably effective; nothing is particularly deep or particularly tight...but really it's not that type of movie.

Going back to the DTS vs Dolby debate, it's fair to say that both the surrounds and bass are louder in DTS, and the midrange possesses a touch more forwardness; the murder scene reveals some nice dynamics with the sharp, piercing gunshots sounding remarkably convincing: both tracks sound good, but DTS certainly has more bite.

Overall DTS wins it by an edge - though I'd add that this is subjective depending on your listening environment - but in all honestly, both tracks come off as average. There's nothing spectacular here, but it works as it needs to.

An average movie that's a little too long and misses the mark, this DVD is notable for its solid video presentation, but little else.