The Raid comes to London 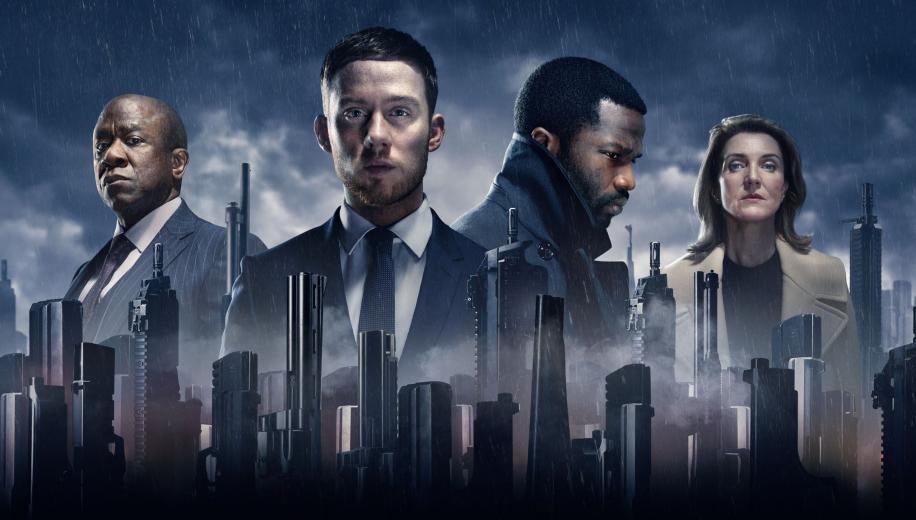 Sure, it came out around the same time as Alex Garland's Dredd (FKA Pete Travis's Dredd), and featured a similar video-game-level based ascent through a high-rise by one tough cop on an impossibly hard mission to take out a crime lord, but Gareth Evans' breakthrough, The Raid, was genre-redefining modern action - challenging the future of the dying breed of action movies which had, for years, been sinking into the realm of DTV, and revitalising them with blistering intensity.

The fighting in The Raid was hitherto unprecedented, and set the stage for Keanu Reeves' grandstanding return in John Wick, putting ultra-violence back at the fore, and giving the genre another shot at the title. The Raid 2 didn't merely regurgitate the same formula, instead plotting out a complex saga of gang violence, loyalty and betrayal, and then allowing that to form the backbone to a series of extended-to-breaking-point action set pieces that took physical endurance to superhuman levels.

Whilst fans eagerly awaited news of a rumoured third Raid movie, Evans moved to Netflix instead to expand his catalogue with a period horror piece that was - unsurprisingly - chock full of extreme violence. Dan Stevens' The Apostle was a valiant effort at something a bit different, and now finally Evans returns home for a UK production, bringing with him a new muse to take the lead (The Raid's stars, led by, Iko Uwais have since done their best to carve out something of a Hollywood career, with the likes of Mile 22, Netflix's Wu Assassins, Cinemax's Warrior, Fast & Furious 6, and even Star Wars: The Force Awakens).

Evans returns home for a UK production, bringing with him a new muse to take the lead

When a powerful London crime lord is murdered, his son and loyal lieutenants brings together all of the other crime families to find out who did it, unearthing a series of secrets and betrayals in the process. In the maelstrom, a low level nobody rises up through the ranks, proving his worth in the investigation to find the murderer, and appearing as a one-man-army force to be reckoned with. Does he have his own agenda, however?

Gangs of London may just turn out to be one of the best things you haven't heard of coming to TV. Garland's excellent Devs was heavily publicised on the run-up, and popular shows like Killing Eve, Westworld or even Netflix's awesome second season of Kingdom are all likely to be on everybody's planner. But Gangs of London just doesn't sound any different from its name than, say, Rise of the Footsoldier 4 and the Sky labelling doesn't necessarily do it any favours either. Reframe that as Gareth "The Raid" Evans' Gangs of London and you have a whole different selling point which will hopefully get some attention. Because whilst Gangs of London cleverly slow-burns its setup of murder in the London criminal underworld, as if it's just another crime drama (albeit a very tense one), as soon as the music builds and you start to hear things kicking off inside a pub, you know that Evans is about to pull of a The Raid: London, setting this worlds apart from anything before it in the UK crime drama genre.

Gareth "The Raid" Evans' Gangs of London will, of course, not be for everybody. The violence is extreme - not for the squeamish - and the style, handheld choreography, and bloodletting will certainly require fans to be indoctrinated in this kind of thing. If you haven't seen The Raid, you may be in for a surprise. Even as a John Wick fan, this is a whole new level, as Evans enjoys ratcheting up the tension in closely confined spaces and dirty, dingy rooms, where improvised warfare is key and the gloves are most certainly off. For those prepared to stomach that, it's a beautiful, brutal barrage of blisteringly bloody violence - some of the best that's ever before been seen in a UK setting, and putting even Cinemax's similarly themed, and undeniably impressive Warrior to shame in that respect (lots of martial arts in a epic crime drama setting about warring underworld families where a stranger appears and rises through the ranks of one particular family with his own agenda).

It helps that Evans' new muse, relative newcomer Sope Dirisu, is a great find for a charismatic new series lead - rising to the challenge of commanding a show, as well as the challenge of being very convincing on the action front. Indeed, perhaps even moreso than The Raid's Iko Uwais, Dirisu's seeming vulnerability, and frequent starting-a-fight-on-the-back-foot helps no end in making the action ridiculously tense. Despite leading the piece, you simply don't know whether he (or anybody else, for that matter) is going to make it out of each success confrontation intact - his opponents are varied and extremely formidable (the colourful way they allow him to fight different 'end of level' bosses is clever, from the Albanians to the Gypsies), and his techniques, whilst impressive, don't ever leave him looking untouchable.

Evans has clearly most certainly enjoyed his return to the UK, with the setting useful in restricting firearms usage in favour of hand-to-hand combat (a tactic which would not work as well in a US setting), although by no means does that mean that there's no gunplay here - as the second episode will swiftly remind you - along with the explosive wartime flashbacks. He also embraces the dark underworld setting of underground tunnels, dingy flats, muddy caravan estates, and dilapidated high rises - it often feels like he's scouting locations for those similar to The Raid - and he manages to use these environments to elicit tension in and of themselves. A simple act of walking down a darkened corridor can be extremely effective in his hands. The action is exquisitely staged, but Evans finds a way of developing characters underneath this all, so that, by the time Episode 5 kicks into overdrive, you're utterly committed to the fate of these murky individuals.

For crime action thriller fans, this may well be one of the best things - if not the best thing - on TV at the moment, trouncing the likes of Treadstone, and delivering The Raid style fury, in an effective British setting, over the course of an entire, epic, well-crafted season.