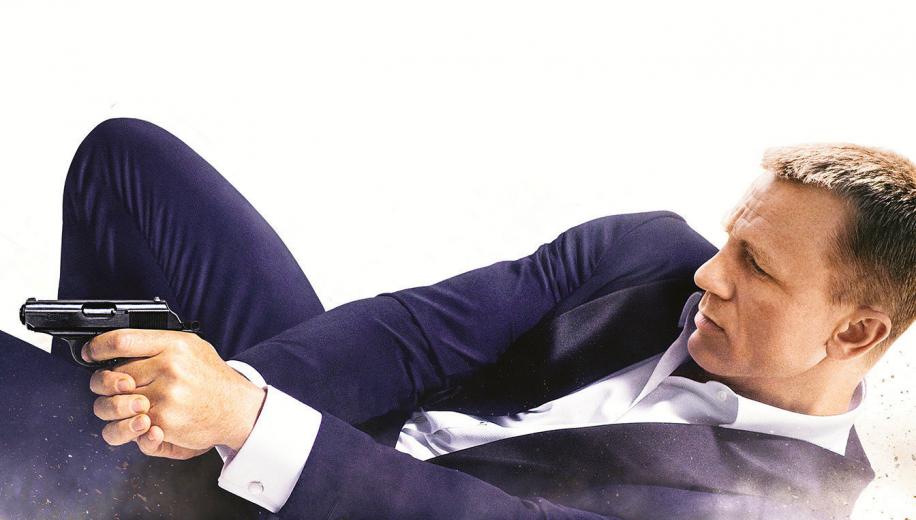 In many ways this was only Craig's second outing as Bond, a suitably personal spy vs. spy battle which also ushered in a return to larger franchise traits.

Respective Connery and Moore second chapters, From Russia with Love and The Man with the Golden Gun, both provided the engaging theme of spy-vs-spy, whilst Brosnan would arguably jump the gun and get his 'versus' out of the way in Goldeneye. Craig's technical third film - Skyfall - provided both a personal antagonist and the broader return to more familiar Bond tropes (the gadgets, the cars, Q, Moneypenny etc.) and, before the cataclysmic error in judgment that was the retro-fitting disaster called Spectre, it got the mix just right.

The story has Bond abandoned and left for dead, a pre-credits plot which parallels the main arc concerning the return of a ghost from M's past - her last 'Bond', as it were - who executes a vicious attack on London, and on both Bond and M, to cripple the security services and get revenge for his own abandonment.


Cementing his status as Bond, Craig could have gone anywhere after this

Mileage on Skyfall largely depends on a number of factors, one of which is in relation to Bardem's colourful villain, and this Iron Man 3-esque polarisation has had it often lumped in the same sentence as the dreaded Spectre. It also loses the fabulous scoring from Arnold in favour of an already-dated 'cyber' score, and introduces Naomie Harris as Moneypenny (no, there's no need for a spin-off), as well as a very young new Q in Ben Whishaw. But Sam Mendes is an accomplished director, and he brings with him the legendary Roger Deakins, between them crafting undoubtedly the most beautiful Bond movie of all time, and one which has a decent arc of return, revenge and redemption, as well as a series of tremendous setpieces along the way.

The tributes to former Bonds come thick and fast here - this was the time of the Bond 50 celebration after all - with everything from the aforementioned Moneypenny and Q, to talk of exploding pens (Goldeneye), a fingerprint coded gun (Licence to Kill), a homing device looking straight out of Goldfinger, the Aston Martin DB5 (Goldfinger again), and even a jump off the Komodo dragon's head nodding to Live and Let Die. But Skyfall juggles it all well in a near-epic runtime (still shorter than Casino Royale), bringing Craig back with a bang, adding heavyweights like Bardem, Ralph Fiennes and Albert Finney into the mix, and marking the second Craig entry which would largely eschew traditional Bond 'girls' roles in favour of something more substantial (here, it was M). Cementing his status as Bond, Craig could have gone anywhere after this, being born in his first two outings, and re-born here, only to be buried by the insanely unnecessary back-plotting of Spectre. It was fun while it lasted.


Skyfall makes its UK 4K Ultra HD Blu-ray debut as part of a larger Daniel Craig 4K Collection, and distinguishes itself well above all of these others, the first of two of the entries to have a full fat native 4K presentation courtesy of native 4K digital cinematography coupled with a full 4K Digital Intermediate. The results are utterly spectacular.


Skyfall is just a succession of stunning sequences

Unlike both Casino Royale 4K and Quantum of Solace 4K, Skyfall enjoys a much cleaner digital look - still gifted a filmic edge thanks to the utterly perfect cinematography of Roger Deakins, but devoid of all that over-processing which gave the first two films that gritty look but also cursed them with a marginally disappointing 4K wow factor.

Skyfall, on the other hand, is just a succession of stunning sequences, many of which will remind you that this is the same guy who lensed Blade Runner 2049, taking in the neon lights of Shanghai and the glowing lanterns and intensely luminous dragons of the Macau casino (the skyline is jaw-dropping), and even finding perfection in the Scottish highlands at night, cast against the blazing castle with a wondrous golden orange glow. Clarity is razor-sharp, with superb levels of detail (you can simply see every single line on M's face) throughout, and the native 4K photography pulling every single nuance to the fore, whilst HDR, WCG and Dolby Vision take this presentation leagues above its SDR Blu-ray counterpart, with any one of the establishing shots in these locations defining that, affording simply staggering colour vibrancy and pop, inky blacks and just plain reference perfection throughout. It's the best looking Bond film of all time, and one of the most impressive, picture-perfect 4K releases of the year.

Skyfall doesn't go big with immersive audio, providing the same 5.1 track but it is still a demo beast

As with Casino Royale 4K, Quantum of Solace 4K, and, indeed, all of the Bond films included in the Daniel Craig 4K Collection, Skyfall doesn't go big with an immersive audio upgrade in the form of either DTS:X or Dolby Atmos, instead providing the same DTS-HD Master Audio 5.1 track from its Blu-ray counterpart but, as with the others, it's an absolute winner, delivering strong dialogue representation, affording expansive use of the surrounds to sling bullets - and tube trains - at you, whilst helicopters whip overhead, and keeping the array perpetually engaged with that score (marginally annoying as it may be). LFE input is significant, and the track is still, as it always was, a demo beast.

The 4K also follows suit on the extras front, bringing nothing new to the table

The 4K Blu-ray release of Skyfall also follows suit on the extras front, bringing nothing new to the table, but at least porting the Commentaries over to the 4K Ultra HD disc itself, whilst the remaining Featurettes and Promo material are accessible on the accompanying Blu-ray.


The best looking Bond film of all time, and one of the most impressive, picture-perfect 4K releases of the year
Skyfall cemented Craig's position as the definitive Fleming Bond, remaining gritty but slowly bringing back some of the elements that made the old Bond movies, well, quintessentially Bond. Unfortunately, as with its predecessors, it was utterly hobbled by what was to come next. Thankfully, though, it remains an absolute spectacle on 4K, easily the best of the (incomplete) Daniel Craig 4K Collection in terms of 4K upgrade, with Roger Deakins' impeccable cinematography leaving this picture perfect reference material throughout. Coupled with the already superb audio and a decent selection of extras including two Commentaries, and this is a fine package; possibly the selling point for the entire set.