Maxis breaks all the rules 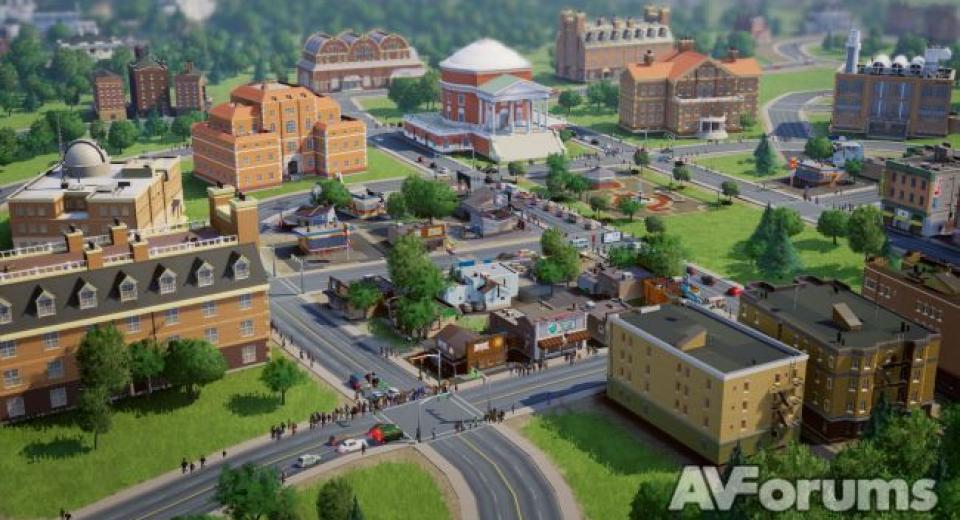 With the largest of all elephants demanding our attention, let’s get it dealt with up front: SimCity’s launch has been nothing short of a shambles from both a technical and PR perspective, and it’d be disingenuous to suggest that hasn’t coloured the experience for this review. EA’s revamp was always going to come under the microscope for its requirement to log in to a server before players could even begin plopping down residential zones, and it turns out that was for good reason; the game has been in varying states of brokenness for over two weeks now. A slow, protracted and painful process of patches and additional server capacity has gradually stemmed the tide of disconnections and eased some of those shattered city livin’ dreams, but several features are still unavailable even today, with no ETA on reinstatement.
As this is a series with a legacy of fantastic singleplayer strategy, it’s a difficult situation to swallow for those of us that spent countless hours in the classic games of yesteryear. Maxis’ shift from a singleplayer sandbox to multi-city co-op region planning would have been a bold move even with fully functional servers, and several questionable design decisions (allied with mechanical problems that don’t show themselves until deep into a campaign) make for an uneven experience even when things are going smoothly.
To developer Maxis’ credit however, despite the array of issues (which we’ll get to), this is still an incredibly potent mix of intoxicating highs as well as annoying lows; and the first few hours developing any new city exude a calm, serene, and enthralling level of creativity and challenge. In those early stages, as the beautiful tilt-shift rendered landscape beckons with untapped potential, SimCity takes shape as an experience you’ll likely know and love. After choosing a plot of land and constructing a highway connection, you’re free to start sculpting residential, industrial and commercial zones, managing power, water, sewage, garbage collection, public transport, fire, hospitals, police and city services to keep your burgeoning populace happy. It’s the relaxing comfort-food of videogaming; the music is perfectly pitched to the ambience, and it’s easy to lose yourself to several hours’ zoning, demolishing, re-zoning and tinkering to whichever end is your current focus. Even as your design gradually reaches its full potential, there’s usually another challenge awaiting to take you in a different direction. There are requests to be fulfilled, mini-challenges to improve city services in return for a ratings boost, financial, or material gain; or countless tweaks and upgrades to buildings to investigate and deploy.
The familiar buzz of watching your urban sprawl creep to the city limits and gradually extend towards the heavens is neatly complemented by the majority of Maxis’ mechanical updates, which remove several long-standing frustrations and automate boring tasks. Zones can only be bolted to roads and avenues (which can be curved or straight as you see fit), whilst the type of thoroughfare determines the potential density of attached buildings. As long as they have space and the right type of asphalt surrounding them, structures will automatically upgrade from a low-rise building through to a skyscraper as necessary, accruing residents with varying degrees of affluence according to the value of the land on which they reside (a factor governed by parks, facilities and desirable public buildings in the area). Power, water and sewage are automatically carried along the roads that form your zoning layout, whilst perfectionists can tap away at the control and shift keys to easily zone pre-sculpted squares or circles that’ll allow for maximum building density at the expense of any wasted space or a unique design.
Even if you’re tempted down the rigid efficiency path, the core of the new engine also contains more than a touch of Spore, with almost all utility buildings sporting the ability to bolt on new sections provided they have room to grow. If you’re running out of fire coverage you can edit your existing station to take another garage as an example, or increase capacity in schools with new classrooms, police stations with jail cells, power stations with additional generators; you get the gist. In practice, it’s a system that works well and makes for some interesting decisions both early and late in the game. Planning mistakes can easily be rectified in a pinch by bolting on additional capacity, whilst players that want small-scale individual facilities all over the map can still have them wherever they’d like. And as with any game of Sims pedigree, the desire to explore and tinker is well assisted by a superb UI. Curved buttons and intelligent placement are no surprise then, but the reams of statistics and colourful data overlays make managing your urban chaos that little bit easier than it ever has been. Each of the plethora of map filters provides a simple visualisation of a simulation mechanic as it’s occurring in real-time in your city, enabling previously-obfuscated concepts to be portrayed in a manner that’s easy to understand and react to. These are far beyond the heat-map infodumps of previous titles, and there are a vast array of them to study as well, serving as a mainline through which the majority of SimCity’s addictive properties are pumped.
Halting things at the 4-5 hour stage as your buildings make their final leap of wealth and stature, the nostalgic charm that SimCity exudes is at its absolute peak, and there’s no reason that players couldn’t potentially have that experience over and over again if they wanted to (provided servers remain stable). I have a feeling that even the most ambling and perfectionist mayors will reach their city limits a short while after though, and when faced with delving further into the micro or macro aspects of SimCity’s design rather than expanding and designing, suspicions and problems about the nature of the underlying mechanisms are quickly raised.
As the most prevalent example, at some stage it’s likely the denizens of your city will raise a demand for a certain type of housing, shopping or employment that appears to already be in large supply and close proximity. Given the ambitious nature of the engine, Maxis allows you right down to a granular level to troubleshoot whether that’s a problem with the people, transport, layout or any other factor, to the point that you can follow any of your individual Sims or vehicles as they go about their daily routine. Doing so reveals a schizophrenic experience, albeit one that’s fascinating to uncover.
There’s little behavioural persistence here. Sims can take any job if it’s available, they can wander home to any apartment in any building that’s unoccupied, and they might frequently take a route that’ll see them queueing with 200 other people whilst buses skip their destination and pick up from the first two stops on same street over, and over, and over again. Cars end up getting bottlenecked at the same junctions despite there being an expanse of road just off the most popular pathway, ambulances shoot past sick people in an attempt to all reach the same person at once. You’re lucky in some plots of land if a train will even show up at all, and if your tourists can make the two block streetcar ride to an attraction then be sure to stop and don’t change a thing. It’s amazing being able to see all this in such detail, but - much like the actors that complain High Definition cameras are ruining their mystique - SimCity’s flaws and wrinkles are completely exposed to judgement, and enjoyment is usually negatively correlated to their exposure. Other problems such as the jarring texture overlaps, occasionally terrible performance and a road tool that has a mind of its own, are all far more obvious and don’t require the mousewheel to uncover. As you can’t directly micro-manage any of those core pathfinding issues or kick services into life when they frequently misfire however, SimCity can make make for a frustrating experience.
And then there’s the other elephant in the room, that of the online co-op region play that’s caused such a stink at launch.
It’s not that the ideas are bad here, and indeed an argument can be made for quite the opposite. When SimCity’s regions interact with each other in the manner in which they’re supposed to, they form a compelling ecosystem of trade, supply, demand, transport and services. During testing on a 16-city map with other players, I was successfully able to run entire towns based entirely on residential zoning, university buildings or tourist attractions due to good transport links and a supply of commercial and industrial close-by (Sims will commute to nearby towns if they can’t get what they need at home). Indeed SimCity eventually pushes most people down that sort of path to specialise in any one of six primary areas such as oil, mining, trade, gambling or tourism, with the long-term goal of each city contributing materials, educated workers, money, resources and other items to produce a regional ‘wonder’ project.
That’s a great concept and a worthy idea on which to hang a reboot and necessitate those dastardly servers, but as with the simulation at ground-level, it’s simply not working as it should. Transport links mysteriously drop between cities or fail to exist when everything is joined up correctly; I’ve had money disappear during transit twice during the past week alone; neighbouring cities frequently refuse to purchase surplus energy or water off each other despite advertising and actively clicking to do so; not all of the cities in a region can interact with each other; and despite the excellent flow of information at ground-level, the regional informational tools leave little clue as to exactly why most of this is occurring. I have no idea why my Sims can’t get to my neighbouring city at the moment, nor indeed why the train refuses to travel between the two locations despite having stations in both cities, and I suspect I won’t until some serious patching has occurred.

That’s SimCity in a nutshell. Enjoyable, frustrating, captivating, annoying, ambitious and hugely flawed. Despite best efforts, I’m still dipping in and starting new cities on whichever servers I can access or wherever my friends have pitched in, and I’m enjoying the zoning, planning and tinkering up to the point where serious management or regional planning needs to occur, and then everything falls over. There’s a whole other game in here that keeps giving me a tantalising glimpse of what it could be, and in the moments it delivers, SimCity is something genuinely special. It’s not consistent though, and for all the reasons listed above, you’re better off waiting until it is, or adjusting your hopes accordingly.