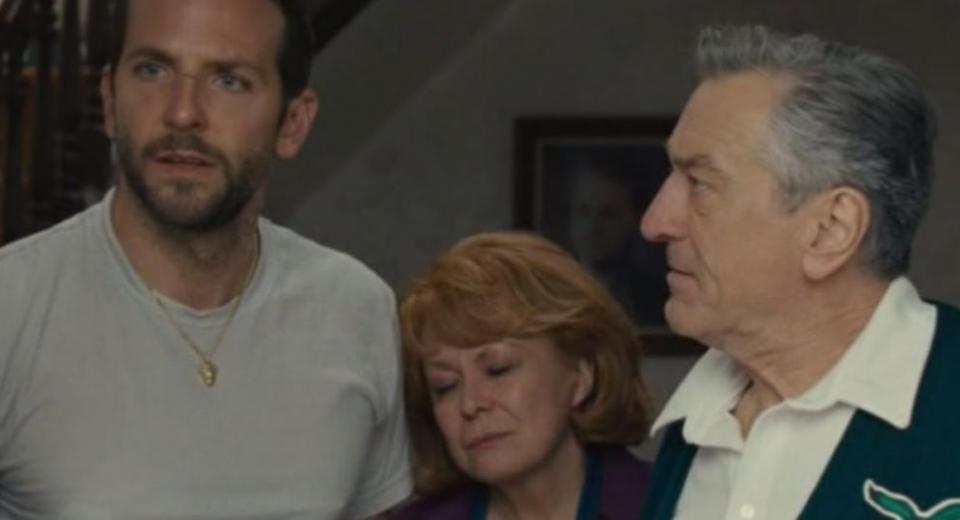 Silver Linings Playbook comes to UK Region B-locked Blu-ray a whole month ahead of its US counterpart, presenting the movie in 1080p High Definition in the original theatrical aspect ratio of 2.4:1 widescreen. I have to say, this isn’t the prettiest looking movie. Anybody familiar with David O. Russell’s features will probably know to expect a fairly gritty feature – he’s not known for polish and sheen – but, even so, some may be surprised by the presentation here. Spotty at best, this is arguably one of the worst video presentations that I have come across thus far this year. Sure, I’d be surprised if most of the problems are inherent to the film source – given that 35mm, Super 35 formats were used, perhaps it was just filmed this way – but that does not make it any more pleasant an experience.

Detail is occasionally, fleetingly, impressive – highlighting light facial hair, skin pores and textures – but, for the most part, it is far from as good as you would expect from a brand new, reasonable budget, feature film. Softness plagues this presentation in a way that it simply should not: close-ups on Bradley Cooper are not as revealing of this problem, but try and find a single shot which shows any detail on Jennifer Lawrence’s face. Whilst a few faster-moving shots threaten to blur, the image itself is largely devoid of edge enhancement, digital defects, and damage. Admittedly it’s difficult to distinguish inherent softness from any possible DNR over-application, but I’m hoping it’s the former rather than the latter.

The colour scheme is natural and realistic, allowing for simple but effective tones across the palette, without ever showing even a hint of stylised enhancement. Black levels are decent enough, and the darker night-time sequences stand up reasonably well, all things considered. Again, I do understand that Russell shot the film with a gritty style perhaps designed to reflect the subject matter, but that doesn’t make it any easier to enjoy, visually.

The aural accompaniment is far easier to weigh up and appreciate, a suitably immersive track of the DTS-HD Master Audio 5.1 variety which promotes the dialogue clearly across the fronts and centre channels, whilst allowing myriad effects to seep through; the soundtrack providing a welcome undercurrent for the entire proceedings. Effects are almost all low-key, atmospheric flourishes, providing a suitable ambience which is always effortlessly natural – from the bustle of the mental hospital to the hubbub of a dance tournament. The score is totally non-intrusive, but driven by suitably modern and upbeat tracks which energise the piece, whilst never interfering with more sombre tones and elements. Although not a grandstanding, demo-quality offering which will rock your home sound system, this is a solid, oftentimes very good accompaniment that does the movie justice.

All we get here is a number of Interviews with the Cast and Crew members, which is a shame when the US counterpart supposedly boasts a number of more impressive extras, including a Commentary, Deleted Scenes and various Featurettes. Whether or not this comes to pass has yet to be seen – it’s not released until the end of the month – but since the director went to great lengths to do various different takes of the scenes (including, as noted in the review, variations on De Niro’s scenes with him playing it harsher and then lighter) it would have certainly been interesting to see some of this alternate footage.

Whilst it may not quite reach the same level of sheer perfection as my personal favourites in the romantic-comedy-meets-mental-health-issues drama stakes (Garden State, Punch Drunk Love), it comes pretty damn close, providing an emotionally touching, unconventionally witty and distinctly adult romantic tale. Silver Linings Playbook was one of the biggest sleeper hits of last year, and if it passed you by, then now is definitely the time to rectify that mistake.

On Region B locked UK Blu-ray – released a month ahead of its US counterpart – we get marginally disappointing video, decent audio and a distinct lack of extras. Whilst the US will likely get the same video presentation, they may get a slightly enhanced set of extras, which is worth bearing in mind when it comes to which release you pick up. Whatever you do decide, however, you shouldn’t hesitate in checking out this movie.