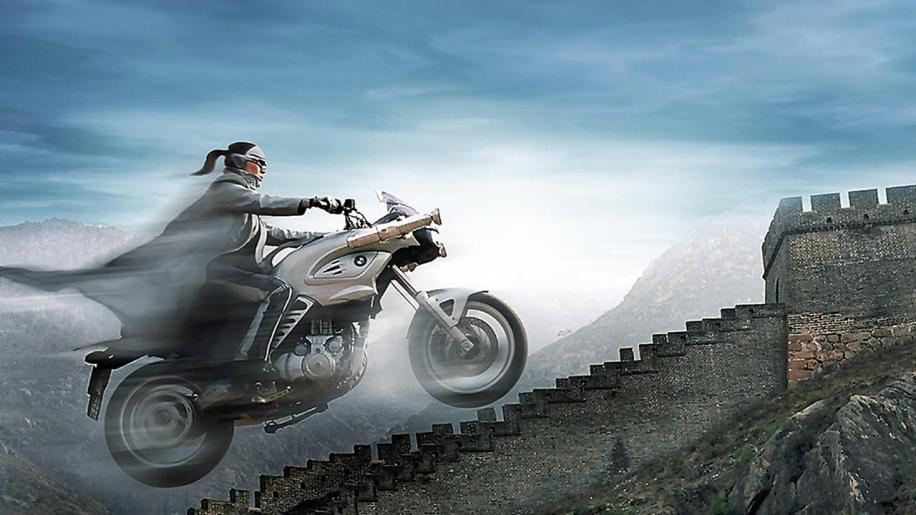 The near future setting of the film has been beautifully realised and shot by Jingle Ma and the disc encoding transfers every detail in a well balanced home cinema. In a landscape of glass and steel, and with silver greys, and whites dominating the colour palate your monitor or projector will have to be carefully set up to prevent blooming and loss of highlight detail. But if it is you will be rewarded with gloriously high levels of detail in everything except skin tones, which have been allowed to soften into a very flattering soft focus effect that loses detail but makes the actors appear to have flawless milky white skin tones. Shadow detail is impossible to asses because try as I might I could find no scenes with any shadows in them. Primary colours are also noticeable by their absence. The monochromatic feel works very well for the movie and was doubtless an artistic contrivance. Best get your Avia discs out before watching though.

Married to a high tone and highly detailed image is an almost immaculate DTS soundtrack. There are two Dolby Digital tracks one in Cantonese and one in Mandarin but if you played them both together they still wouldn't hold a candle to the levels of detail and barely restrained power contained within the DTS track. Every blow is delivered with typical bone crunching force, every karate chop slices through the air like a sword, explosions have a depth that hits you in the chest. Dialogue, in Chinese of course, is delivered with control and focus, and is never swamped by the effects. The score is unobtrusive to the point of being forgettable. In contrast the DD tracks lack all the force, power and precision of the DTS track and are a second class citizen on this particular disc.

The extras are a big disappointment. They are as thin as the hair on Bobby Charlton's head. The only extra of note is a 15-minute making of featurette which is in Chinese and not subtitled. Still a very amusing 3 minutes is given over to watching Michelle Yeoh as SilverHawk, trying to be affectionate towards a Giant Panda cub she has just rescued. The cub is having none of it and takes every opportunity to bite and claw at her. Well you know what they say about working with children and animals. Some conceptual art, and cast and crew photos are present along with a trailer for this movie, and three other HK movies.

SilverHawk is great popcorn action presented on a disc with a first rate image and Premiership DTS sound. The concept is low brow comic book superhero, but the action and presentation make the sacrifice a small one.