Memorable for all the wrong reasons? 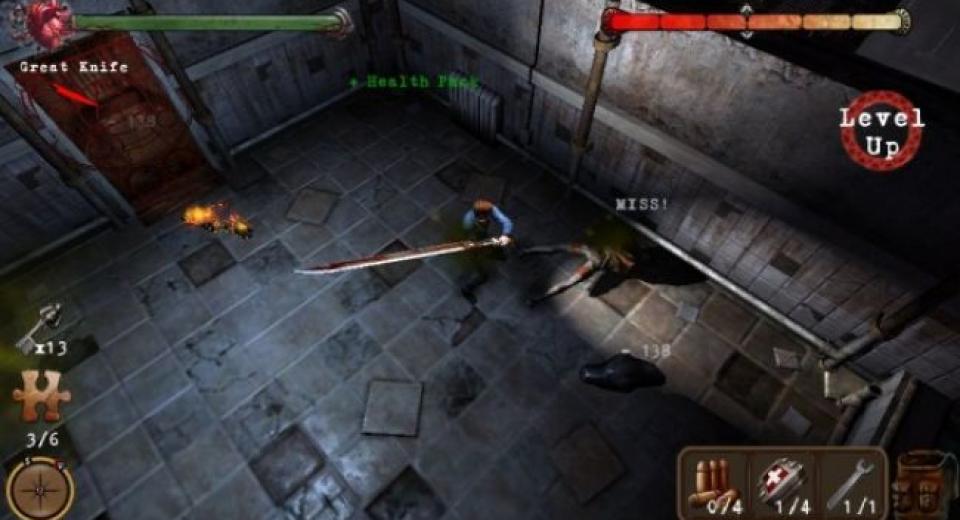 Ah Silent Hill. You’re one of those franchises where gamers look back at your best bits, reminisce about good times playing older titles shortly followed by wishing those moments would come back. Yes that’s right our beloved Eastern series has fallen fowl of ‘Westernisation’ by going down the more action-packed route because it feels it had to do so in order to survive and sell units.

Silent Hill attained a place in our hearts and minds back in 1998 when it launched on PS1 and scared the living bejesus out of us. Offering up third person survival horror this and Resident Evil acquired a cult following leaving their respective crowds wanting more. Since 1998 though Konami, who publish and produce most of the titles, have pushed the series in many a different direction which has not been to everyone’s taste.

Be it the bodged HD remakes, turning to action rather than horror or simply releasing a flurry of titles recently, they seem to have lost direction a little bit. No more so in the case of Book of Memories which comes to the PlayStation Vita. Yes, you read that correctly; a new game is coming to the Vita. Hurrah!

The reason I say that this game shows Konami’s lost direction is because this game plays from top-down which focusses on puzzles and action, negating what previous outings have done. There is potential for this to work despite its change in perspective as the Vita may well be the proving ground for new features and mechanics for the well-known brand. There’s certainly an air of familiarity when you first load Book of Memories as the story and characters instantly scream “I’m a Silent Hill game” in your face. By this I mean the story is dark, creepy and weird whilst the characters all fill expected stereotypical roles from the douchebag college athlete, to the emo and also the girl geek. There are six different people to choose from, all having different unlockables and wearable items, so there’s scope for many a different ending and scenario for those who love replaying their games.

The Silent Hill games are known for having dark moments and even darker enemies throughout and it’s great to see them carry this trend on in this game too. Old enemies make a return such as the eviscerated nurses, double headed dogs and the more fearsome pyramid head. Whilst it’s great to see them here (that is unless you have no ammo left) the drama and fear they should bring is somewhat lost due to how far away you are from the action.

That’s right, I am the unfortunate one who must tell you that Silent Hill: Book of Memories does not scare like the old games did. Disappointing I know but what it lacks in the scares department it tries to make up for in action, style and storytelling. But no matter how much other content is there, you can’t get over the fact that this game should scare you and it fails to do so. For some that would be enough reason in itself not to pick this up in itself but I think that would be unfair.

So, once you have chosen your character and what they look like it’s time to delve into the Book of Memories which is delivered to your character in one form or another at different points in their lives. However you discover the book, it becomes immediately clear that its curse is not going to let you go easily until you uncover and clear its contents from corruption. That is the gist behind each character whose life you enter after a certain event has taken place. From there on in you discover what else has been going on in their lives as you piece information together through cutscenes and hidden notes as you progress. The latter are high in number and hard to locate at times, making it a gamers nightmare if they hoped for a single play through for that elusive platinum trophy.

But how exactly does your journey play out? Well I’d be lying if I said the game was innovative because it really isn’t. It boils down to clearing rooms of enemies one by one with the ultimate goal of clearing the zone completely to progress onto the next series of rooms. Whilst this is quite entertaining initially it becomes repetitive and running through a maze of rooms stops being fun very quickly.

That’s not to say the rooms you explore are bland because they are well detailed making them very easy on the eye. Even the appearance of the rooms themselves start to bore as they don’t change often enough, meaning you will tire of them very quickly. Which is a shame as the game looks rather good in itself and the Vita's screen does the game a great service as everything is crisp and clear.

You are on familiar ground when it comes to taking out any foe that gets in your path as you must melee them with whatever object you can find nearby or shoot them should you be fortunate enough to have a gun in your pack. Weapons are scattered throughout the world and glow red when you are close to them whilst cabinets and drawers only glow when your light passes over them should you have it turned on and if they hold anything of value. Said weapons deteriorate each time you use them and can be repaired as and when you chose to or else they will be discarded. They also increase their level as you use them which results in bonus damage and resistance to wear and tear. Your character also levels up as you progress which further increases your damage capabilities and your vitality amongst other things.

Enemies will drop ‘memory residue’ once terminated which acts as the in-game currency which can be spent on new weapons, clothing or accessories which boost your stats. They also leak karma which is either light or blood and allows the player to use special abilities which require higher amounts of karma each time they are used.

At regular intervals, your skills are tested by a boss fight as you progress through the story. These bosses don’t often prove to be too difficult should you posses a good inventory in order to heal any injuries and plenty of ammunition to spend. There are moments in the rest of the game that seem to have the difficulty hiked up however as one zone can be breezed through with another jam packed with enemies who can rip you apart in seconds when they team up together.

If there wasn’t enough to salivate over with six different characters to play as, each story is made of up to 100 different zones with every one full of enemies and hidden objects in equal measure. The problem with this is that you may not feel like you have the impetus or reason to plough through them all as some of them are eerily familiar to one another.

It is good to see the developer trying a different avenue for the handheld market with the Silent Hill franchise but it’s a direction that doesn’t really need to exist and is one that has very limited potential. The top down perspective is a neat idea and could have worked well had they gone down the horror route along with it but, like the Resident Evil games, Silent Hill is relying on action rather than its established mechanics.

The Vita has seen very few titles come its way lately and it's good to see some companies try and utilise it and make a new name for themselves using what Sony's handheld has to offer. Konami have produced a game that, in some ways by default, provides enough replay value and entertainment to warrant multiple playthroughs. It doesn't scare which is a dissapoinment but the combat mechanics are tight and the game is very pretty throughout. How much you can forgive it for its repetitive nature is down to what you want from it but give it a chance and you could easily pour a fair few hours into this.