Silence Of The Lambs, The: Ultimate Edition DVD Review 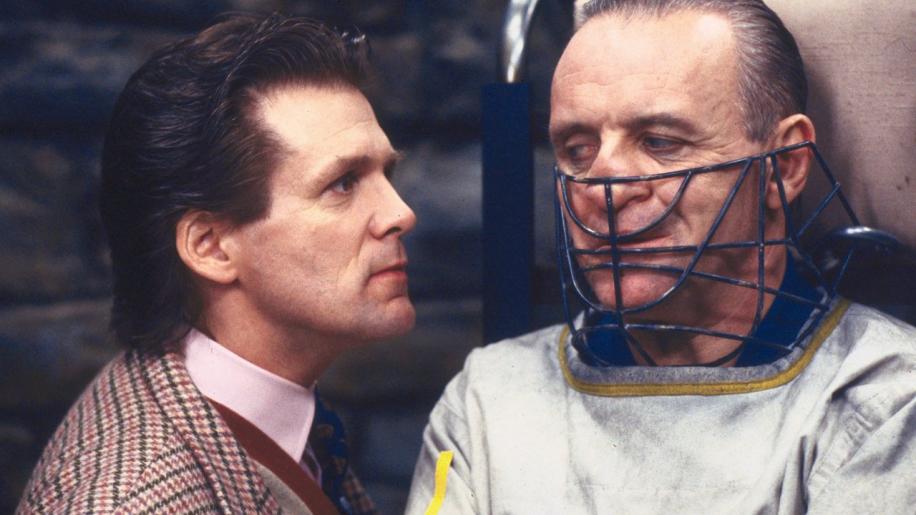 It is hard to imagine after Silence of the Lambs won all those Oscars, but Silence was a fairly low cost movie. This is brought home with the heavily textured dotty picture. Some flecks are apparent with the picture never more than average, and sometimes worse. Colours are blanched lacking vibrancy, not helped by the near monochromatic, sometimes industrial locations. Detail is lacking, too, because of the other picture defects. In summary, don't get this disc because of the picture, or expecting some restoration has taken place. Despite the inclusion of a DTS track, sound is a fairly mundane experience. Hiss is prevalent, even if you get used to it after a while. Bass is restricted to some pretty subtle effects rather than any real grunt. Then again, Silence isn't the kind of movie to have big bass hits. Treble is plagued with that hiss and is a smudged less distinct facsimile of what it should be. Speech is okay, but doesn't resonate as real - almost like it is a recording of a recording, losing the original's sparkle. Having said all that, the sound does do its job, never appearing too bad to intrude. Musical interludes are good where needed, scored by Lord of the Rings' composer Howard Shore. Again, though, these scores come across as being restrained somehow. Music in the Silence is unique to this Japanese release. It explores how Shore's score underlines the movie adding gravitas and atmosphere. He describes how the performance of the onscreen characters drives his compositions. Looking at the assault course intro scene, Shore states that he was evoking Clarice's struggle not only with the course, but success in the FBI too.Inside The Labyrinth is a massive documentary looking at every aspect of Silence with astonishing detail. This is a far better documentary than the Original Making of... even if the original is quite good in itself. Inside the Labyrinth explores the above Ed Gien connection, and baroque recollections of a visit to the real Behavioural Sciences FBI headquarters are given by the crew. There are some interesting points made about how Silence was to be a largely independent movie directed by Gene Hackman for a mere $500,000 and how Jodie Foster wasn't the first choice for a lead.
Outtakes are, as ever, a real highlight. Watch out for Jodie asking someone to put their hands on their hips (and some refreshingly blue language), and Hopkins' impersonation of Sylvester Stallone. Despite the inclusions of a DTS track, and music featurette, this DVD is no better than the standard UK or US special release. Indeed, I would get the R2 version from the bargain bins and seek out the Criterion Collection version for its unique cast and crew commentary to get the “Ultimate Edition” of Silence of the Lambs.