Scorsese does Fincher's The Game 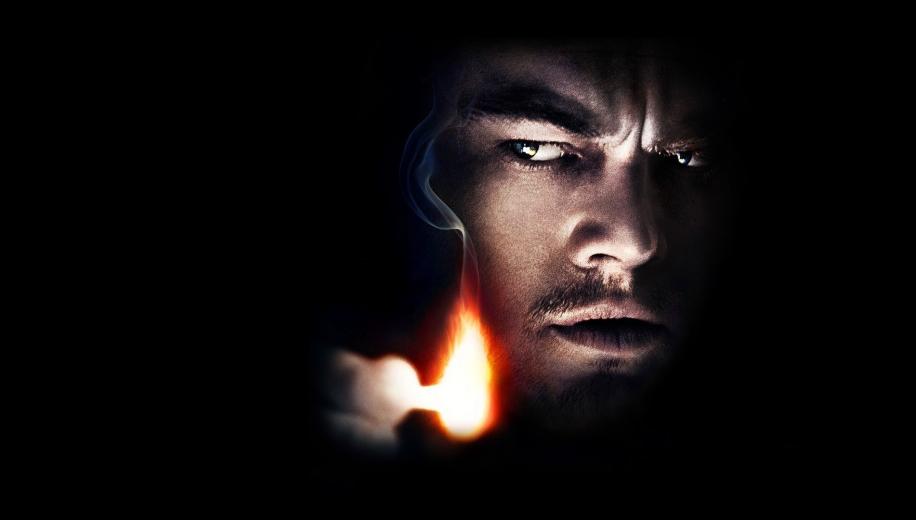 This may not quite be top-tier Scorsese here (The Last Temptation of Christ and The Aviator, as well as the likes of the more critically acclaimed Raging Bull, Goodfellas and Casino) but it is damn close; a compelling, top class production. It's like Scorsese does Fincher's The Game. And he does it really, really well.

A lesson in superior filmmaking, Scorsese manages to eke out an ostensibly thin (but actually elaborate) story using all the tricks in his repertoire – strobe flickering of flames, shots played almost undetectably in reverse, striking imagery – creating an overwhelming sense of foreboding, of intangible menace, which pervades the entire piece. The closest film to this that he’s done before, is probably his De Niro starring Cape Fear remake, both in terms of mood and substance (although not quite in terms of depth – as Shutter Island has a whole other layer to it) and this clearly proves, once again, that he is adept at any genre that he tackles, generating a masterpiece irrespective of the material that he is working with.


It may not quite be top tier Scorsese, but that's still a cut above most anything else.

The level of attention to detail here is unparalleled, and repeat viewings yield seemingly endless insights, with the littlest of touches, the subtlest of nuances, revealing the masterful tapestry that's been crafted. From the nervous - armed - guards to the early shot of Teddy’s partner having difficulty taking off his gun, or the later moment where Teddy verbally puts together some pieces of the puzzle, answering the mysterious question ‘what is 67?’ – Ben Kingsley displays just the right amount of suppressed and – at the time – inexplicable pride at that precise moment, as his doctor character hears what Teddy has to say. They are but fleeting moments, yet they really add a whole additional layer to the experience. Even in Inception, the viewer (mostly) knew what was a dream, and what was reality; here you're trapped in a nightmare but you don't even know it.

With top tier DiCaprio embracing the lead role and truly making you feel for the plight of his character, a whole roster of great supporting faces, classic Scorsese shots and a tremendously oppressive score which pounds you with ominous, foreboding overtones (juxtaposed with hauntingly emotional melodies which will bring a tear to your eyes), this is one hell of an exhausting experience, and a richly rewarding one. As stated, it may not quite be top tier Scorsese, but that's still a cut above most anything else.

After their excellent 4K Mission: Impossible 5-film box set (which was undoubtedly released to coincide with the show-stopping Mission: Impossible - Fallout) Paramount released a Jack Ryan 5-film collection on the format (undoubtedly released to coincide with Amazon Prime series Tom Clancy's Jack Ryan), going that extra mile on the video presentations and delivering all 5 films in each set with Dolby Vision enhancement. Paramount's UK 4K Ultra HD Blu-ray release of Shutter Island - which comes, at present, with no announcement in relation to a US counterpart - follows suit, and affords the minor Scorsese classic not only the full 4K treatment, but also the added charms of Dolby Vision.

Although there has been no confirmation, this looks as good as any of the native 4K presentations that Paramount have done for their previous catalogue titles mentioned above, and whatever has been used here, native or upscale, for this Ultra HD Blu-ray release, Shutter Island looks very good indeed, refined and textured, and better than ever before. The disc presents a native 3840 x 2160p resolution image in the film's original theatrical aspect ratio of widescreen 2.4:1. It uses 10-bit video depth, a Wide Colour Gamut (WCG) and High Dynamic Range (HDR), as well as Dolby Vision, and is encoded using the HEVC (H.265) codec.

Given Scorsese's period eye and the style of the piece, there is a warmer, filmic look to the piece which doesn't immediately cry out 'crystal clear 4K spectacle', but - that said - there is a fine but noticeable uptick in detail here. Close-ups of the increasingly haggard visages enjoy finer observations of the lines, creases and crags, whilst the rich texture of the island environment comes to glorious life with all its rocky bluffs, crashing waves and storm-thrashing woodland. Gorgeous - albeit doom-laden - vistas are painted and sumptuous, visually opulent landscapes rendered with the finest of nuances and no signs of digital issues, or any lacking in detailing.

The colour scheme enjoys the benefits of not only WCG and HDR but also Dolby Vision, providing an on-the-fly response to the needs of the image as it appears before you, from the nuances of a storm encroaching on the island on the left hand side of the screen, whilst it's brighter on the right, to the heavy lifting needed to light the immensely dark shadowy sequences that pervade the piece. Blacks reign supreme here, with no sign of crush, and no overblown whites at the other end of the spectrum. Highlights are minimalist, but the HDR improvement refines the lavish wood tones and embellish the image rather than make it pop, which is what this material better demands. With a suitable, filmic texture that doesn't have any overt grain anomalies, it's a very good video presentation, at times excellent, and although not reference, they've done a great job here.

There's no denying that Shutter Island would have been a fantastic candidate for exceptional immersive audio sound; an Atmos or DTS: X track could have been really impressive. Instead the 4K Ultra HD Blu-ray release follows suit from Paramount's handling of their Mission: Impossible Collection and Jack Ryan Collection in that they appear more than happy to include Dolby Vision as the cherry on the cake for an already substantial remastered 4K presentation, but not particularly bothered about doing anything to improve the sound from the old Blu-ray tracks. All that said, the original DTS-HD Master Audio 5.1 track was a thoroughly powerful one, which continues to do the film justice even if it isn't, technically, an upgrade at all.


The original audio track continues to do the film justice even it it isn't technically an upgrade.

Dialogue comes across clearly and coherently from across the frontal array, and effects are well-observed and nuanced (a few of the more thunderous moments – like the storm sequence – coming across more noticeably through the surrounds). But this track is really all about the score, a dominant, oppressive accompaniment that really makes for an unforgettable aural offering. Although it is quite front-heavy, that’s only appropriate for the in-your-face menace presented by this aggressively potent mix. Overall the track goes a long way to create the wonderfully haunting atmosphere in the movie, one of the most important elements in the production, boasting screaming highs and rumbling, threatening bass lows, and accurately replicating all of the crafted sounds here. And the LFE will have one hell of a workout over the duration, rounding out what is still a very impressive track.

There's nothing on the 4K disc itself, with the Blu-ray still sporting the two old (but good) Featurettes.

Shutter Island's build-up is undeniably tense; its story utterly absorbing; the perfectly-played characters well-studied and engaging; and the pay-off elaborate and rewarding. This may never quite be regarded as a Scorsese ‘classic’ but this is still a masterpiece. And few films are as layered as this, (Fincher and Nolan have both pulled offer comparable feats with Fight Club/The Game and Memento/Inception, but films of this ilk are still relatively few and far between) not just standing up well on a second viewing, but actually adding a whole new dimension to the proceedings. An atmospheric, oppressive, moody mystery thriller and also a dark psychological study that hits all the right notes and will leave you feeling both richly rewarded and quietly contemplative.

Paramount's UK 4K Ultra HD Blu-ray release of Shutter Island - which comes, for once, with no sign of a US release in the near future - delivers Dolby Vision enhanced 4K majesty, leaving this the best the film has ever looked, but affords us little upgrade in terms of audio or extra features. That said, the quality of the film and the video are likely to leave this a must-have addition to your collection.