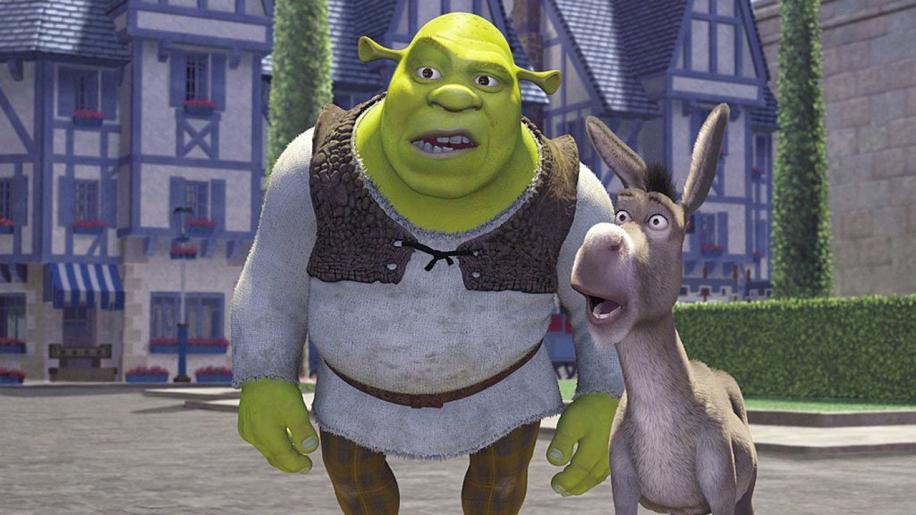 Presented anamorphically and framed at 1.78:1, this version of Shrek revels in a gloriously perfect transfer. The smooth surfaces of the animation suffer from no crawl, while colours are well brought out and appear warm and fulsome. A fullscreen version is also included. Offered in both DTS and Dolby Digital 5.1, the most pleasing feature of the soundtrack is the impressive oomph produced at the bottom end. Detail levels, while certainly high enough, lack the nuance to make it truly top class. This three-disc edition arrives with a pleasing amount of extra material. On the first disc, this includes a production featurette, cast and crew biographies and interviews, production notes, various games, two music videos and the hilarious Shrek in the Swamp Karaoke Party. Disc Two includes a filmmaker's commentary, deleted scene storyboards, two more production featurettes, a bloopers reel and a character development reel. The third disc, meanwhile, is a CD containing the film's spiffy soundtrack of original songs. Our only query is why, up until now, have Region 2 audiences had to suffer an inferior package when this version has been out across the Atlantic for the best part of a year? One of the greatest animated films ever made, finally given the de luxe DVD treatment on Region 2.