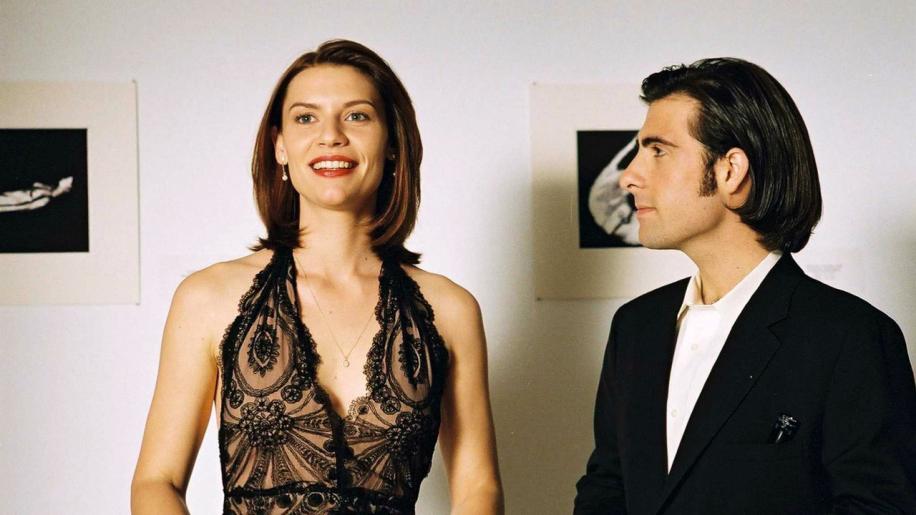 The disc has been given a theatrically correct 2.35:1 aspect picture that has been anamorphically enhanced for widescreen TVs. One word springs to mind, dark, we shall come back to that. On the whole I was content with this picture, colours was suitable bold, though tending towards the red at times, I also noted a little red bleed in a couple of places. It was also well detailed, good edges held even in the distance and visible detail even in shadows. Bringing me to contrast and brightness which was set very low, the film was a tad dark, though this may have been a deliberate choice. Digitally there were no compression problems, but there was a little edge enhancement visible. I never spotted any print damage, though there was the odd smattering of film grain in places. The picture had the potential and the biterate to be very good, but with the few flaws and its overly dark nature brings it crashing down to ok.

Three Dolby Digital 5.1 tracks to choose from, English, French and Spanish. Now obviously this isn't the sort of film that is going to make use of a full on immersive surround experience, and indeed it doesn't. For the English track it is the frontal array that takes the brunt of the work, the rears being used very infrequently to fill out a little ambience and the score. However it is not a bad track, there is some decent separation and reasonable depth, the bass levels holding the middle together well particularly good during the gig scene. Dialogue is always clear and precise and natural sounding. A functional track without thrills or spills, but then the film doesn't require them.

A small selection of extras accompany the main feature, first up is an audio commentary by director Anand Tucker. He knows his subject and speaks with passion about the project but doesn't limit himself to scenes or production and is quite happy to amble off on tangents making for an entertaining listen. He does speak quite fast, and though there are a few pauses between topics he barely stops for breath, does feel a little scripted at times but for an individual talk it was worth the listen.

Next up is the twenty minute making of featurette entitled Evolution of a Novel. For the short run time there is plenty of information given, the three stars and director are all given ample screen time to discuss their character/direction with plenty of behind the scene footage and little padding from the film. Comes across as made for the DVD rather than an 'entertainment channel' promotional making of; what I got from it was the empathy Tucker had for his cast and the story, enjoyable.

Next up, and finally, there are two deleted scenes watchable individually or together with the play all function. Though there is no indication for there excise, it is easy to see why they were not included, the first, Mirabelle waits for answer phone messages was completely superfluous, the second, breakfast with Ray and Mirabelle sets up Rays confession and thus lessening the impact, glad this one was removed. Both are terrible quality by the way.

There are some skipable ads for future releases at the beginning of the disc and I skipped them....

Shopgirl is a difficult film to characterise; it was an emotional watch in some places and clock watching in others. Performances were outstanding and direction was tight telling a story nearly all can identify with that has an appeal, just not really to me. As a DVD the package is pretty minimalist, an average picture and sound are backed up by a quant array of extras though there is enough to please most and the disc should have no real problem finding a home.