Don't read the book's premise, cause it sounds a hell of a lot better on paper... 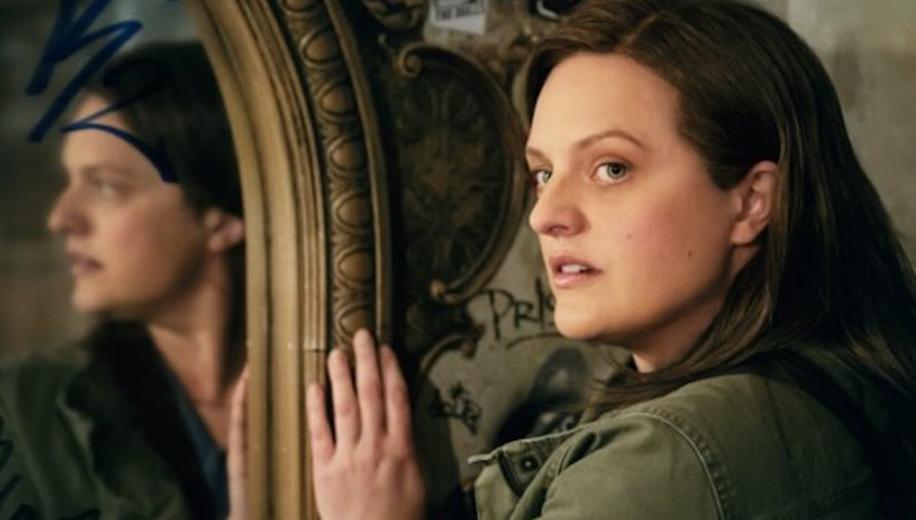 Elisabeth Moss finds another show to look permanently disgusted in, whilst Apple stretches a pilot plot out over three long episodes in this new serial killer thriller-with-a-twist tale, which could live up to its David Fincher vibes if it could just get going.

Lauren Beukes' novel of the same name attracted the attention of Leonardo DiCaprio and his production company almost a decade back, with Apple eventually giving it a series order with Handmaid's Tale's Moss herself in the lead, also producing. It's a serial killer thriller with an unusual USP, but in an age where books are finding a home being adapted for 8-episode TV shows rather than abridged for a movie, exciting plot points can often get drowned out by padding. Even if many prefer Amazon's more faithful adaptation of Reacher to Cruise's Hollywood movie version, there's no denying that most of these books can't sustain eight episodes, and with Apple's form for dropping the first three episodes in one go it suddenly becomes abundantly clear that - at least with this project - they've somehow managed to stretch out a pilot story over three hour-long episodes...

... they've somehow managed to stretch out a pilot story over three hour-long episodes

Kirby's frequently confused. She struggles with the little things like where her desk is at work, or even where she lives, deeply traumatised by a past assault which she barely survived and which still haunts her every single day. Crossing paths with a burnt out reporter, she persuades him to look into a series of killings and mutilations which she believes were perpetrated by the same guy who cut her up, but the timeline is all over the place, and few people are prepared to get behind such an unreliable 'witness', given Kirby's propensity to seemingly hallucinate and panic uncontrollably. In the meantime there's a charismatic young man out there who seems to know the every move of the women he stalks, and who is looking for the next candidate in his long line of victims, his next girl who shines.

Shining Girls comes to Apple in its now-standard 4K Ultra HD Dolby Vision, with Dolby Atmos, and it's refreshingly gorgeous to behold (versus the frustrating watch of, say, Amazon's Outer Range), revelling in the various timelines and authenticity of the environments, whilst popping with some HDR intensity during a few bar sequences, or where the lighting gets that chance to glow. Black levels are strong and rich, and detail is excellent. Even if the show might be an extremely slow burner, it's sure as hell easy on the eyes.

It's frankly amazing to watch three hours of a new show and still find yourself barely into the story at all, with Shining Girls a master class in padding things out, getting off to a great start in its opening episode, then barely moving the story along after that, frustratingly teasing you with the idea that it might be a bit of a Fincher-esque serial killer thriller - with a twist - but fizzling that out almost immediately with an antagonist who doesn't really do a great deal, and a protagonist who does a great deal of looking pained.

... too afraid of giving too much away, of getting too far into the story too soon, to really grab you

Indeed, by this point, Moss appears to be woefully typecast in most anything she does (Handmaids' Invisible Man), dangerously close to being a one-note actress - despite frequent acclaim for her work - who is relied upon to play strong-but-bitter victims that spend most of their lives looking, well, utterly disgusted. It's distractingly surprising that her character made it through so much of Handmaid's Tale with such visible disgust painted over her face, and it would be really nice to see Moss not being relied upon so heavily to embody these kinds of roles because soon it'll be the only thing she can do. Here she's thankfully partnered up with a much more interesting Wagner Moura (Narcos), who is put through the ringer as he follows her about trying to get answers, and then as he investigates the really strange man they both think is behind this. That man is played by Jamie Bell, who nails the charming but utterly psychotic personality well, although arguably his boyish looks somewhat obfuscate the whole point behind his character's age-defying looks.

There's a lot to be interested in here, not least for those who have the slightest clue about what the novel is really about, but the TV production is too afraid of giving too much away, of getting too far into the story too soon, to really grab you. It's not necessarily Apple's first misfire; this is but the 'pilot' which has been released and, if these first three hours are regarded as such, it could be that the show - as a whole - makes good on its potential, but it is a weak start. For all the talk of a Fincher-style, and of DiCaprio's personal interest in the source material, here's hoping they turn things around pretty quickly over the rest of the season.

Shining Girls is available from 29th April 2022 in the UK on Apple TV+, in 4K Ultra HD with Dolby Vision, and Dolby Atmos, with the first three episodes available now.