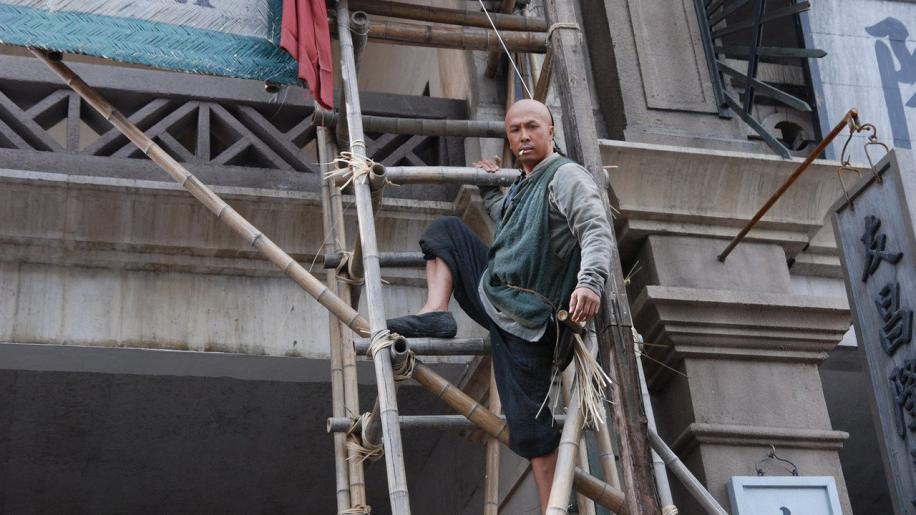 In the West there is only so much they teach you in school about the history of other countries. And there is such a great deal to China's vast and colourful history that it is difficult to know where to even begin. It's arguably too big a world player to be as overlooked as it often is, the same landmass as America, with nearly five times the population, and one of the world's oldest continuous civilisations. Although it was quite advanced for much of its existence, its growth was stunted significantly when it missed the industrial revolution. Over the last Century it has endured Civil War and revolution to try and play catch-up with the rest of the world and, to this day, it remains the last significant Communist country, which some might argue offers no less corruption and oppression than the Empire did before it. But a hundred years ago, when things were on the point of changing, the Chinese people were instilled with a great hope of the future that lay before them. And the blood that may need to be shed to get there.
It's 1905 and the age of the famous Chinese Dynasties is drawing to a close. News of the great democracies in The West has spread to the people of China, who are tired of the corrupt Qing Dynasty. Dr. Sun is putting a revolution into place in order to overthrow the Empress, and is organising a meeting of like minds in Hong Kong, where they will cement their plans. But when the Empress hears of this, she sends her best warrior Yan Xianguo along with his Army of Assassins, to kill Dr. Sun. Chen Shaobai - a businessman and backer of the revolutionary movement - agrees to provide escort for Dr. Sun, rallying a disparate group of bodyguards to help. Their job: to escort Dr. Sun to the meeting, and then ensure he manages to leave Hong Kong safely.
Bodyguards and Assassins is a cleverly-made, character-driven, period epic that effectively splices central concepts from Akira Kurosawa's Seven Samurai and Clint Eastwood's The Gauntlet (or, for the modern generation, 16 Blocks). Setting it on the eve of a Chinese Revolution and infusing it with cracking martial arts action, the end result is a stylish thriller that offers substance, but packs a serious punch. This is one of those rare movies that has amazing martial arts sequences in it, but is not defined by them.
Of course it is an ensemble piece, given its Seven Samurai heritage, and there certainly are a lot of characters to pay attention to. Thankfully they take the time to flesh out the various colourful individuals. Everybody from the businessman backing the revolutionaries to the leader of the assassins is given a decent background, with even the seemingly insignificant characters more well-rounded than you would usually get. The businessman's complications arise from having his son involved with the revolutionaries, which cleverly allows his character to be quite interestingly conflicted: on the one hand supporting the revolution financially, but on the other unwilling to sacrifice his own blood (i.e. that of his son) when it comes down to actually fighting. One of the main revolutionary leaders, the chief editor of a major Hong Kong newspaper, turns out to be the former mentor of the leader of the assassins, which makes for some interestingly philosophical dialogue when they capture him. Even a rickshaw puller becomes a noteworthy character, both in his interaction with one of the stranger, more distinctive members of the group (a 7ft beast reminiscent of Jaws) and in his last-minute romance with a shopkeeper's daughter (spurred on by the businessman, who knows that the young rickshaw puller may not survive the week to actually get married, so might as well know a little happiness now).

Filling out these roles we get various semi-familiar faces, and a few bigger names, who are mostly left in cameo roles. Although it was not similarly pitched in the East, the UK release of Bodyguards and Assassins most definitely touts it as a Donnie Yen film (he takes centre stage on the cover, with his the only name listed, and Simon Yam is the only other face pictures large enough to recognise, and Yam's cameo only amounts to about 5 minutes during the first half hour). Whilst Yen is far from a cameo, and perhaps one of the more significant characters in the film, this is still an ensemble effort, and to say that it is a Donnie Yen film would be like advertising Seven Samurai as a Toshiro Mifune vehicle. Sure he's in it, sure he's great in it, but he is not the star. At best he is one of several fairly equal starring actors. They did the same when advertising Inglorious Basterds - touted it as a Brad Pitt film (and misnamed it too) when it was actually a movie that only featured Pitt and his Basterds as supporting actors.
Donnie “Hero” Yen may well be the most famous participant, but he is no more or less important than any of the other multiple leads, playing a corrupt policeman and gambling addict who joins the group as a favour to his ex-wife. He'll do it because she's the mother of his daughter, but she is now married to the businessman backing the revolutionaries, making things far more complicated. Still, she knows that his superior martial arts skills may come in handy. Arguably Yen does not get the most prominent fight scenes in the film, but sacrifices this in order to have a more rounded character. Fans of his martial arts skills should not be overly disappointed though, because he still has a brutal encounter with an assassin played by MMA fighter Cung Le (who you may recognise from Pandorum).
A few familiar faces pad out the supporting characters as well, including Simon 'Wake of Death' Yam as one of the Empress' retired Generals, who attempts to help the revolution, Tony Leung Ka-Fai (A Better Tomorrow III) as the newspaper editor, Nicholas 'New Police Story' Tse as the rickshaw driver and Leon Lai as a beggar who has some family secrets. Lai gets the best martial arts action, an actor once consider for the role of Li Mu Bai (Chow Yun-Fat) in Crouching Tiger, and who starred in another, arguably more direct Seven Samurai remake, Tsui Hark's wuxia-esque Seven Swords. There's also the great Eric Tsang, the gangster from Infernal Affairs (the role that was played by Jack Nicholson in the by-the-numbers remake, The Departed), vastly underused as the police chief who is neither much help - nor much hindrance - to either the bodyguards or the assassins.
Because each individual character is not just portrayed as a bodyguard, a revolutionary supporter, or an assassin, but instead has some kind of arc, it makes the viewer actually care whether they live or die (in classic Kurosawa fashion). And the story is substantial enough to carry the weight of all these myriad individuals, painting all the backstories, setting up the meeting, gathering the two opposing forces, and then building the tension as Dr. Sun's arrival draws close. The last hour is non-stop action, as they have to escort Sun both too and from the venue, protecting him from shooters, archers, horses, spears and ninjas, and even employing a suicide-run double to distract attention from the Dr himself. It makes the whole set up worth it when you start to see the bodies drop, each character having their own on-screen obituary to hammer home the fact that these were significant losses.
The Director, Teddy Chan (who did Jackie Chan's enjoyable The Accidental Spy) and the Action Director Tung Wai (the man behind Seven Swords) have fashioned a superior period epic, complete with fantastic martial arts sequences, solid plotting and decent characterisation. The movie may not be perfect (CG blood in these kinds of movies still looks awful, and totally over-the-top) but it is pretty damn close, painting some strikingly familiar themes of prior classics, only fused together under a pseudo-historical back-story (with even a nod to the Odessa Steps, mirroring the parallel film about the Russian revolution) to form something that feels quite fresh. Highly recommended.