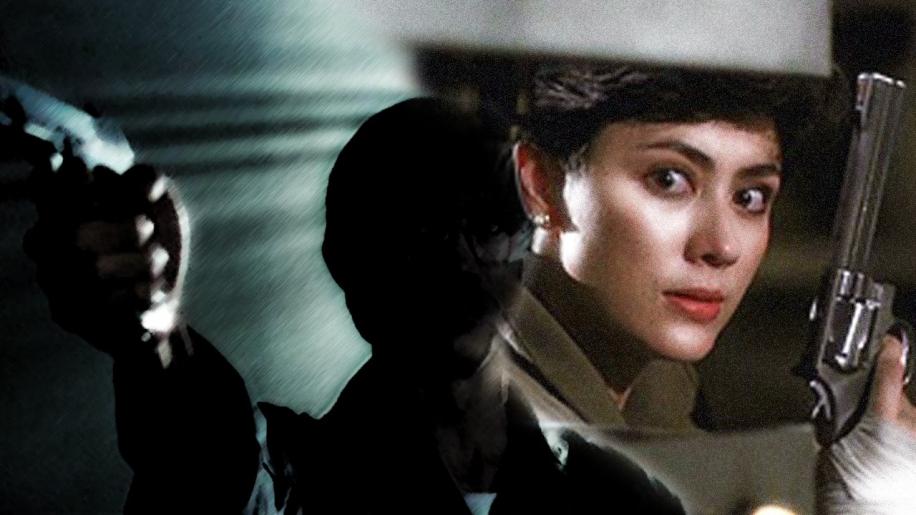 The picture has been given a theatrically correct 1.85:1 aspect picture that has been anamorphically enhanced for widescreen TVs. On the whole considering its age and origin its in pretty good shape, the colours are reasonably bright and suitable bold, not too surprising considering the terrific average bitrate though overall there is a slight blue hue to it all. But the contrast and brightness levels are set to give a decent set of blacks that adds good depth to the picture. Detail varies a little tending towards the soft at times but there is never anything lost. Digitally I encountered no compression problems, but the occasional edge was enhanced a little, being of Asian origin there was some print damage here and there, but nothing too distracting, its main problem was the grain which is prevalent throughout the run time. A reasonable print that I was happy with. There are no less than three Dolby Digital tracks to choose from and English dub 5.1, the original Cantonese 2.0 mono and a Cantonese 5.1 track. The original mono track is all rather tinny from voices to gun shots, the voices are quite loud compared to all the other sound, music gunshots etc giving an overall harsh edge, an ok track and great it is included as purist will be more than happy. The 5.1 track is an altogether different animal, voices are given far more depth and by opening up the sound stage there are some decent effects and separation at the frontal array. Sadly the rears have little to do and the sub has a pretty weak time, as the bass level isn't that great, better than the mono but not much more. This is particularly noticeable with the gun shots which sound a bit too much like fire crackers than thumps. However, it is a far better and more absorbing experience than the mono track. (At least it hasn't gone the 'Anchor Bay' route of pumping the mono into all the speakers.) Ok, I did listen to the English dub for a little bit, it had reasonable separation as per the Cantonese one, in fact sounded pretty similar in range and direction with only the centre speaker where the dub was sounding slightly too thick and well.... dubbed. I'd avoid if I were you. The subtitles were in a nice white font towards the bottom middle of the screen, always readable, easy on the eye and grammatically correct. Billed as a special edition there are 'special' features and 'bonus extras', though they are on the same menu page. First up is the Joyce Godenzi biography, a scrolling text with some information about the actress, short but sweet.

Following this there is the Hong Kong Heroines Gallery, this is a compilation of various fights from various different films, they are: Joyce Godenzi in Eastern Condors, Chingmy Yau in Naked Killer, Michelle Yeoh and Cynthia Rothrock in Police Assassins, Yukari Oshima in Millionaires' Express. The clips are a few minutes in length and concentrate on one fight from the film featuring the named actress, not really a She Shoots Straight specific extra, more a thinly disguised ad for other films.

Finally in the 'special features' section there is the original trailer and a UK promo trailer for the film.

The 'bonus features' start off with a minute interview with Sammo Hung in which he talks about Joyce Godenzi, not a huge amount of information given here and I found it quite difficult to understand Sammo's accent.

Finally there is the Battling Babes featurette, again not She Shoots Straight specific, but at least contains interviews with some of the bigger female stars of the nineties HK cinema. Rather poor quality, but was the best feature on the disc. She Shoots Straight is a riot from beginning to end, when it comes to fighting the women are every bit as good as the men. The story is very simple and flies along, containing moments of genuine emotion as well as some outstanding action there is little to fault this fun little title. As a DVD there is not much to the package, average picture and sound are not really backed up by the extras, but it's reasonable enough.