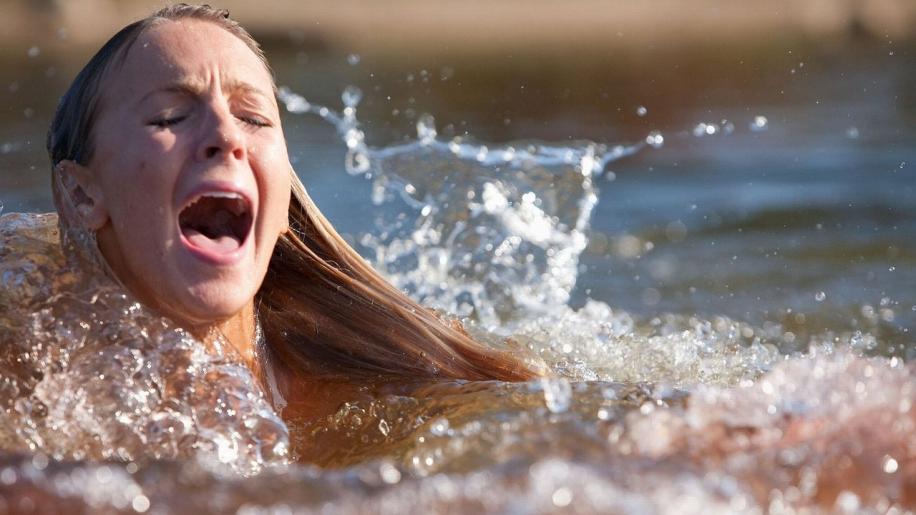 Sharks have got a pretty hard rap. Having been around for some 400 million years it took one film to make them the most feared predator, not only in the water, but on the entire planet. That film was, of course, Jaws. It was 1975 and a young and hungry director named Stephen Spielberg crafted a horror/thriller about a ‘rogue’ Great White shark that terrorised a resort island; it was so effective that the tag line “You'll never go in the water again!” became synonymous with everyone that was at the beach and was comedically cited when anyone had a bath! The reason was simple, Spielberg used his camera to create astonishing tension under the water; that combined with Williams’ incredibly evocative score meant that so effective was the result that sharks instantly became the ‘terror’ of the waters – the fact that so few people are killed by sharks, and that you are more likely to get killed by a falling coconut meant nothing – sharks were seen by the masses as nothing but efficient killing machines (which they evolutionarily are) and that some (very few in fact) attack humans; it's created a prejudice against this magnificent creature, a near phobia and, as such, you put a shark in the water and you create instant fear – a trick that film makers have been exploiting ever since. However, all subsequent films that rely on the shark as the ‘bad guy’ will inevitably invite comparison to the original and the best of them all even if there are never meant to be any links, and tonight’s feature suffers terribly in this regard; these are not just ‘homage’ shots they are near copy and paste, but when Jaws was such a masterpiece it’s inescapable. So let’s ‘dive in’ and see if Shark Night 3D has any ‘bite’.

I should note that in discussing this nonsense I give away a few points that could be considered spoilers – those sensitive to such things might want to avoid the main body, however, in doing so I am hoping to save you the trauma of sitting through this film yourselves; you have been warned.

The film opens on a non-descript blonde girl swimming in a lake, it is daylight and the framing is such that you can see that she is totally alone. Underwater shots of her bare legs show how venerable she is in this vast expanse; the camera circles and the music ebbs and flows like the water building the tension – we’ve seen it all before, of course, so our minds need little introduction; death by shark. This opening shot is strikingly similar to Jaws, the déjà vu is overwhelming, except that, because we’ve seen it all before the tension evaporates as you simply know what is coming. A misdirection involving her boyfriend lifting her out of the water notwithstanding, once the attack occurs from an unseen underwater menace, she is thrown about the water is startling similarity to poor Chrissie Watkins. The scene shows you two things: 1) the makers draw the parallels to Jaws straight away with their own homage (rip off) to let you know, they know and 2) this film is going to be unremittingly awful because the makers don’t have an ounce of originality in them. I’m guessing they hoped to avoid the second point ... And the worst thing is that this opening scene is the best thing about the whole film.

The next few scenes serve to introduce our main characters; basically we’re on a collage campus and a ‘jock’ is pleased with his results and congratulates his ‘nerd’ for helping him pass and invites him and his roommate to join him, his girlfriend and the campus hottie for a trip on the lake in an isolated holiday house somewhere in ‘hicksville’. Clichéd much? All the cast are young athletic and I didn’t know any of them, with the exception of Joel David Moore, who you might remember from Avatar, though he had a much bigger part in Dodgeball (also a better film), although they’ve all been in young hot TV shows playing young rich kids. Sara Paxton who plays the protagonist girl you might recognise from the Last House on the Left remake, though so few people saw that it’s unlikely. Here her character has a similar turbulent past to Mari with the exception that it’s not her brother, but her ex-boyfriend that suffered; though this time it’s at her own the hands – he was run over by a motor boat and has the scars to prove it. These little pieces of back-story are interwoven for each character in an attempt to get to know them, and as such, give you something to root for when the carnage (such as it is) starts. Unfortunately each story is very clichéd to the point when you just wish they would get dispatched, sooner rather than later.

Luckily we don’t have to wait too long, the first attack occurs when one of the boys is water skiing and his board is bumped from underneath, again by something unseen – still trying to keep the mystery up in a film called ‘Shark Night’ .... However, instead of gobbling up the unfortunate, it only takes the fellows arm, meaning our main boy protagonist, Nick, who fortunately is training to be a doctor, has to patch him up and go searching for the arm underwater. Very fortunately Nick, who swims into the water to find the severed arm (never mind the fact that if a shark attacks it’s hungry and therefore would have eaten it), finds it just in time to be menace by - guess what – a shark! Didn’t see that coming did you? Oh wait, the name of the film might have given it away, dang. With the first casualty bleeding to death, this sets up a group dynamic where everybody starts to blame one another with all fingers eventually pointing to Sara for “bringing them there in the first place”. Sucks to be a rich kid, huh? Level headedness hatches a plan to use the boat to get the injured party to the closest hospital, but guess what, things don’t go according to plan when another shark bumps the boat, knocking out one of the girls who had ‘shark bait’ on her forehead and despite a valiant attempt at dragging her away she gets munched on – when the boat goes back to investigate the rudder and throttle jam meaning the boat carriers on into the mooring complete with gigantic explosion that burns itself out in minutes (watch for this later when a can of petrol burns itself out in the blink of an eye!). Oh the humanity! By this time, I’m really struggling with this film – not only don’t I care about the characters, but the ideas to dispatch them are woeful and with their reliance on illogical situations makes for an even more unbelievable experience.

Once night descends thing look bleak for our remaining ‘heroes’; but luckily Sara’s ex-boyfriend, the now disfigured and distinctly unsavoury Dennis Crim (Crim ... Criminal ... spotting a pattern here?), played by another hot young TV actor Chris Carmack and his disgusting sidekick Red (short for redneck maybe?), played with glee by Joshua Leonard, turn up in their own boat to see if they can assist – seems they can. And from here on the dastardly plan that has seen these sharks infest the lake starts to unravel and the picture tries to differentiate itself other shark films. Now, if you’ve been asking yourself “How are sharks getting into a lake”, albeit a salt water one, answers such as a ‘hurricane must have transported them’ might not quite answer it; although this is trotted out twice as an explanation. This, however, is not the reason, actually they are there because our antagonists put them there in a misguided attempt to cash in on ‘Shark Week’ on the Discovery Channel by filming the deaths of actual people. That and they are sick of all the rich kids coming to the lake and treating the locals like second class citizens; thus feeding them to the sharks is just desserts(!) Perhaps the makers were trying to inject some kind of commentary on modern living; fame at any cost or ‘eat the rich’ mentality, but, honestly, if you can buy into such a ludicrous idea that one boat can capture and maintain a population of sharks of a number of different species then you can suspend your belief far better than I. And from here the film lumbers towards some kind of anti-climatic conclusion before ending proper on the typical jump scare.

The director of this mess was is Davie Ellis, he of Snakes on a Plane, Final Destination 2 and The Final Destination fame, and whose second unit director credits include such films as Clear and Present Danger, Harry Potter and the Philosopher's Stone and Master and Commander: The Far Side of the World in amongst thirty seven others – he clearly has a grasp on how to tell a story and how to engage a young cast in a horror situation. Why, then, is this film so terrible? There are a number of reasons; firstly the premise is beyond belief, no matter how much you suspend, though it could work if there was some investment in the characters both good and bad – but since you don’t care about anyone, you don’t care about what they do or what happens to them. Back story ideas are trotted out but told with such a flat tone that even the actors don’t believe what they are saying – how are we supposed to be convinced? And the whole film has been completely neutered by the PG-13 rating. Take a look at Piranha 3D, an equally preposterous idea, with characters that no one cares about – but with liberal amounts of nudity and gore, which meant that there was at least some enjoyment to be had with the overall carnage; it never took itself seriously and had a overriding sense of fun to the madness. Shark Night 3D, on the other hand, has none of this – no nudity (well except from the back) little to no gore and there is no fun to be had, not that it takes itself that seriously, it is just too silly. And all this amounts to a boring film and one that you simply wish would hurry up and end, and once it does you wish you hadn’t bothered. And it was made in 3D with its premium price at the cinema; man there must have been plenty of complaints once the credits had rolled. With the continuing lack of live action 3D material available, films such as this could kill the format stone dead.

Shark Night 3D simply fails to engage on any level; 3D completists may get a little enjoyment out of some of the effects but it’s unlikely that the disc will be spun twice as the film will get in the way. Shark Night? I prefer the original name 'Untitled 3D Shark Thriller', at least that tells you it’s going to be bad before you even sit down!