Shang-Chi and the Legend of the Ten Rings Movie Review

Lord of the Rings 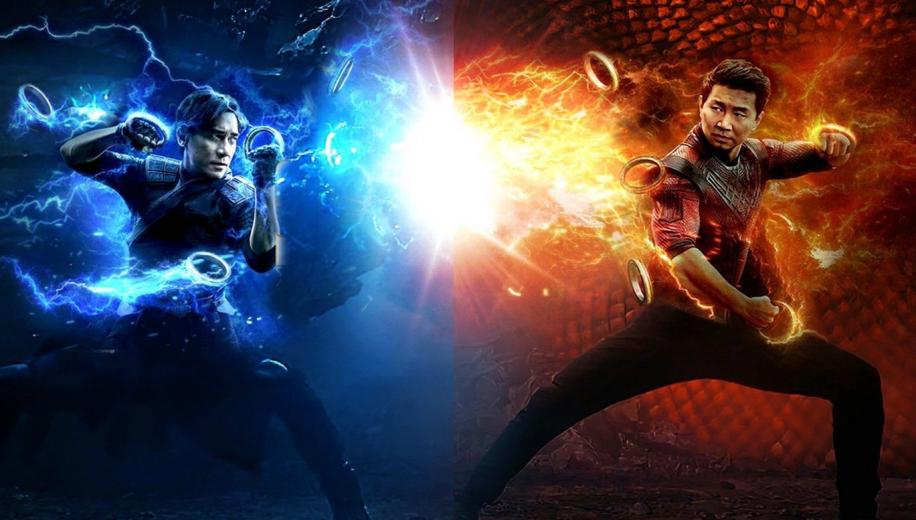 Shang-Chi and the Legend of the Ten Rings Movie (2021)

Marvel shows that yet again, its genre jukebox is in full working order as Feige and co give us an effortlessly entertaining, honest-to-goodness, full on mythical wuxia fantasy...

The MCU’s Phase 4 was off to somewhat of a shaky start… a couple of intriguing yet patchy TV shows and its sole feature were firmly rooted in the aftermath of Endgame and mopping up Phase 3, with only Loki actually feeling like it was something new to take us forward into this brave new post-Infinity Saga world that’s waiting for us.

So, it took some real balls to launch the first of its new characters as a little known and somewhat problematic exploitation-inspired D-lister that few outside of hardcore comic book fandom have ever heard of. But, as we see time and time again, lack of balls is not something Kevin Feige and his MCU Team has to worry about...

Following the template so wonderfully laid down by Black Panther, Shang-Chi and the Legend of the Ten Rings doesn’t just pay homage to its representation claims by having a very western narrative or style played out by its near wholly Asian and Asian-American cast. It goes pedal to the metal in giving us a fantastically authentic-feeling mythical wuxia fantasy, that not only brings to mind the greats of that genre (Crouching Tiger, Hidden Dragon and the early 00s work of Zhang Yimou are lovingly shown to be in its DNA), but touching upon other cornerstones of eastern action cinema, including the superbly fluid and inventive fight choreography of classic era Jackie Chan and the gonzo, almost supernatural and unexplained weirdness of Tsui Hark and the likes of Zu: Warriors from the Magic Mountain.

... Marvel has always had outstanding choreography but this is the next level

Introducing Hong Kong legend Tony Leung immediately, the film whisks us through a potted history of the Rings, before launching us into a beautiful, romantic ballet of gravity defying fight choreography and lush, swirling greenery as we watch a couple fall in love. A couple who just happen to be immortal and imbued with superhuman powers. Our hero is born and we flash forward twenty-odd years to see Shang-Chi (or just Shaun as he calls himself, now played very winningly by relative newcomer Simu Lui) kicking back with his best friend, Awkwafina, wasting his life but having a great old time doing it. There’s a real chemistry in their interplay and the warmth and the expected comedy comes naturally from their easy banter and jocular bickering, something that’s carried on all the way through the film and gives a hugely appealing naturalness to their whole relationship.

However, a sudden attack by a gang of unknown assailants in search of a pendant of his sees Shang-Chi dragged back into a life he left behind – a life we see in expertly structured and scattered flashbacks throughout the film that show us the tragedy behind the fracturing of his once-loving family. And while we will rightly marvel (excuse the pun) at the glorious action scenes and next-level fight choreography on show across the film’s many set pieces, it’s this notion of family that plays a surprisingly significant role in giving the film some real heart.

The family dynamic is hugely effective, obviously helped with having Leung onboard as the wounded patriarch, desperate to get back what he had and has now lost. And Lui and another newcomer, Meng’er Zhang as his equally damaged and handily adept sister nicely fill out the other roles in this broken family unit, each bringing their own pathos and humour to work really nicely together in selling this intimate story that is taking place on a much grander scale.

Shang-Chi and the Legend of the Ten Rings was watched at the IMAX at The Printworks in Manchester. The IMAX presentation was superb from an immersion perspective – the scope of the film really suited the extended screen size, especially in its final act, with the film perfectly framed at the 1.90:1 aspect ratio and the entire film shot on IMAX certified cameras, including the Arri Alexa LF IMAX. This and the superb IMAX 6-track audio presentation make these screenings well worth seeking out if you have one of these nearby (not to mention the trailer for Top Gun: Maverick in IMAX!).

Indeed, we were talking an intimate story on a grander scale, but what scale – from the streets of San Francisco to the neon-drenched cityscapes of Macau to mountain-top lairs hewn from granite to mythical lands populated with all manner of strange weird and wonderful creatures, director and co-writer Destin Daniel Cretton keeps a lovely grasp of this small-scale emotional melodrama being played out more with insane fight choreography and CG-drenched flying creatures than long, lingering looks into people’s souls. And tonally, he strikes just the right balance of earnest emotion, pratfalling comedy and propulsive and creative action beats, giving us an effortless concoction that is at once purest MCU but with a delicious new flavour to it.

And being part of the MCU, its linkages back to the past are mostly relegated to an extended cameo from a Phase 2 special guest who may prove massively divisive for some, but for me, every word out of their mouth was comedy gold and a lovely addition to the main cast. There’s almost no mention of the blip or any of the events in Endgame though which may be by design to further show that this film is more concerned with looking forward than looking back, but it feels a little lacking - given how all of these characters would have been affected by the blip in one way or another - to not at least mention these events and further cement its position as an ongoing part of this universe. But admittedly that’s nit picking on an almost Olympic level. As it would be to mention that some of the CG looked a little scruffy, especially on some of the face mapping of Michelle Yeoh for her extended fight scene with Lui. But when it also gives us everyone’s new Christmas list 2021 must-have – Morris, the cutest faceless chicken-dog you’ve ever seen – all can be forgiven…

The last time we saw a western genre take on eastern legends on this scale, John Carpenter and Kurt Russell gave us something of a rumble down in Chinatown

But it seems fitting that the final word then goes to the action choreography on show here. The variety of it, the fluidity and speed of it, the inventiveness and humour laced through it all… Marvel has always had outstanding choreography across its previous films, be it the crunchy hand to hand smackdowns of The Winter Soldier or the lovely team interplay between the Avengers. But this is taking that to the next level. Its gorgeous to watch, breath-taking to try and take in and an utter triumph for all concerned, including its stunt co-ordinator Bradley Allan who sadly passed away last month and to whom the film is dedicated.

Phase 4 now feels like it’s finally arrived and it’s done so, yet again, with a little-known character in a style no-one saw coming, in a film that is just wonderfully entertaining. The last time we saw a western genre take on eastern legends on this scale, John Carpenter and Kurt Russell gave us something of a rumble down in Chinatown. This is Marvel’s version of that and it’s every bit as good.

Shang-Chi and the Legend Of The Ten Rings features the entire film shot with IMAX certified digital cameras, exclusively in 1:90:1 aspect ratio, released in cinemas on September 3rd 2021.