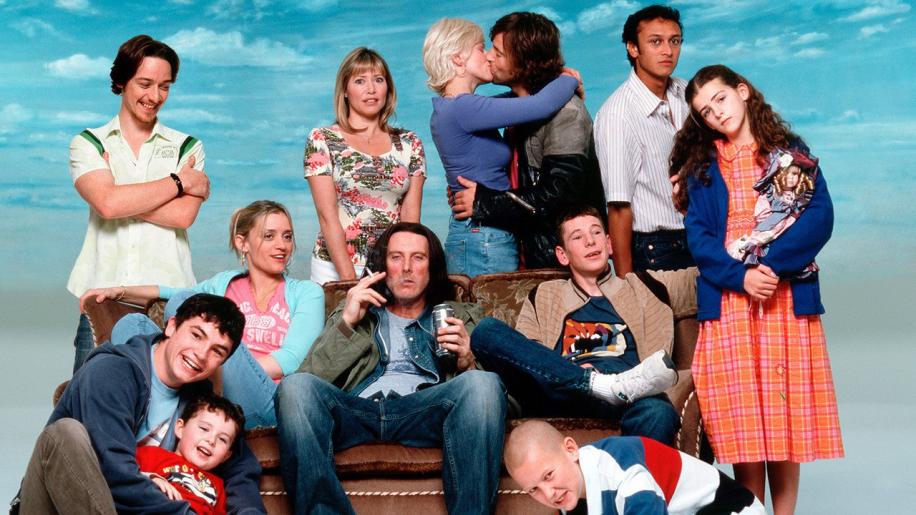 The episodes of the third season of Shameless come presented in their original TV ratio of 1.78:1, complete with anamorphic widescreen enhancement. Generally the video quality is decent enough, although the style in which the series in filmed - often using frantic hand-held shots - does tend to result in loss of detail, rampant softness and prevalent grain. Still, as I have stated, it seems totally in-line with the content. The colour scheme is generally broad and vibrant, with solid blacks and nothing noticeable in the way of print defects. To accompany the show we get a fairly standard Dolby Digital 2.0 track, which is perfectly acceptable for a TV series but still a little bit disappointing as the series could have done with something better. The dialogue comes clearly and coherently through the frontal array, with the boisterous score and catchy title track given good presentation, but little in the way of dynamics and effects. Bass is minimal, but the average audio treatment does not really take away from your enjoyment of the show. Although technically an 'extra feature', I really count the New Year Special Feature Length Episode as one of the main series episodes, and have discussed it as such, above. Other than that we get a twenty-five minute look at the character of Lillian, called Being Alice Barry - Lillian Unpeeled. Mostly shot on set, it features some cast and crew interviews and offers some insight into this particularly colourful - if grotesque - character. It is a shame that no commentaries were provided, however, as it would have been good to hear from the writer Paul Abbott, especially considering many of the characters and events are supposed to be based on his own experiences. Shameless, despite initial wariness, won me over right from the first episode and, whilst the third eventful season is missing a couple of - in my opinion - vital characters, it is still clear that this show has not yet run out of steam. Technically average the DVD release shamefully boasts little in the way of extras (other than the New Year special, which I thought was compulsory to the release of this season, and a single random character featurette), but is still worth picking up if you're a fan of the show. Newcomers should check out the first season and go from there.