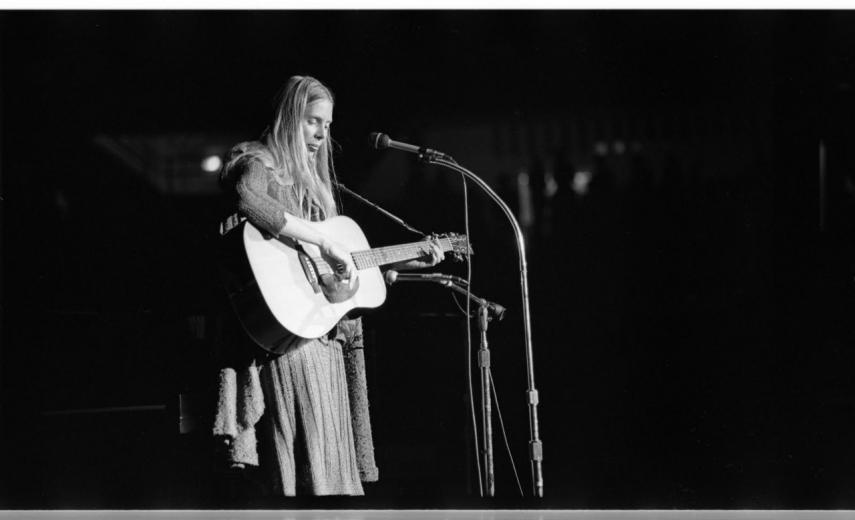 Music DVDs eh? You've got to love 'em. Except, that is, when you abhor the music on that disc. Then it is quite difficult to love 'em, or indeed look upon the disc with an impartial eye.

Shadows and Light is the only exposure I have knowingly had of Joni Mitchell and she seems to be a Jazz singer. I say seems because I am not sure how to “pigeon hole” her work, but her performance does remind me of the Fast Show's “Jazz Club” and so I will think of her as such. Now, there is nothing wrong with jazz singers, or performers, but sometimes they can get too freeform. Too improvised. While Shadows and Light isn't the worst of this ilk, it does get fairly close at times. Some tracks sound like Joni is trying to fit too may lyrics into a track, and realising this, she begins to alter her tone in an effort to maintain musicality. There doesn't seem to be much gusto, or avidity in her music on this disc either. Most songs sound like insipid, primarily vocal-driven pieces, which wouldn't be so bad if it wasn't for a near total lack of excitement.

Now, it may be that this is the whole point of her music: subtleties hidden in the musical notation and lyrics that have meaning beyond the norm. That such subtleties require a slower vocalised lead, with instrumentation allowed to veer into improvisation galvanising hidden meanings within her music. In fact, some of the solo instrumental pieces are very good, sax and bass in particular stand out. So maybe there is something here to enjoy, after all. If you like that sort of thing.

Maybe, but to this reviewer, Joni Mitchell's Shadows and Light represents a somewhat flavourless taste of her output. Tellingly, the only couple of tracks with some verve are at the end of the disc where the audience finally begin to get off their seats and, seemingly, start to enjoy themselves.