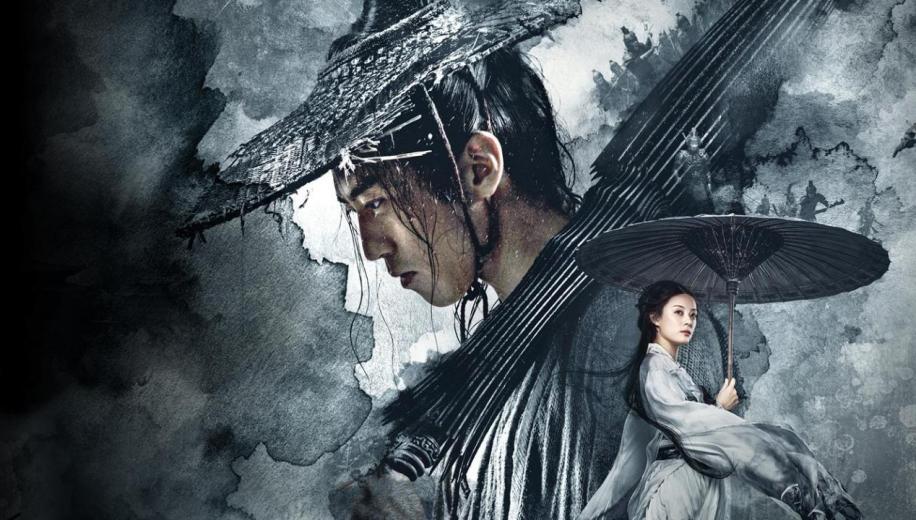 Zhang "Hero, House of Flying Daggers" Yimou returns to what he does best after his lightweight blockbuster, The Great Wall, delivering one of the best wuxia romps we've seen in years.

In the late Second Century, a highly respected general - known for being an amazing strategist - fought some landscape-changing battles for his equally respected lord, a former military general himself. But when the lord died and his less battle-minded younger brother took over, the general struggled with the new lord's frequent favouring of negotiation over fighting. Nonetheless, the general would go on to win the impossible Battle of the Red Cliffs, against a vastly overwhelming force, paving the way for the subsequent Three Kingdoms rule.

This period of Dynasty history has proved of particular interest to a number of filmmakers of late, not least John Woo with his epic Red Cliffs two-parter. Zhang Yimou has found a different angle, however, taking these real-life characters, renaming and reframing them within a more mythical, almost mystical landscape, and gifting his own twists on the interesting real-history whose near-Shakesperean setup gets played for all its worth.

Commander Ziyu is highly respected amongst his men, but after going against his lord's orders and challenging an enemy warlord warrior to a duel to determine the ruling of the city of Jingzhou, he finds himself outcast. The lord is seemingly weak, unwilling to commit to conflict, and concerned that the commander - who lost the last duel - will lose them the prized city once again. However, that previous duel also left the commander almost fatally wounded, with wounds that reportedly plagued him to this day, and the lord suspects that this seemingly stronger-than-ever commander is not the same man, but instead a double who is part of an elaborate plan to, not only reclaim enemy territories, but take the throne from the lord himself.


Zhang Yimou has found a different angle, gifting his own twists on the interesting real-history whose near-Shakesperean setup gets played for all it's worth

Shadow (also known as Ying, which is an equally relevant title, for different reasons) may, for some, immediately evoke memories of Akira Kurosawa's tremendous latter-era epic, Kagemusha - Shadow Warrior, which similarly involved the idea of a political double, and the potential power that man could wield. It's a hell of a heritage to live up to, but Zhang Yimou turns in his own wondrous, almost operatic period piece, replete with complex political machinations, emotional undercurrents, and wonderfully realised combat - both in terms of duels and grander battles.

There's madness, forbidden love, honour, loyalty and betrayal at every turn, all dressed up in one of the most beautiful, visually opulent movies of 2019. Shot in near-monochrome, but for sparks of colour often relegated just to skin, and framed with fabulously intricate sets and settings, and afforded a sweeping epic score, it's hard not to make direct comparisons to Yimou's classics House of Flying Daggers and Hero. But almost two decades later, Shadow benefits from being wonderfully updated (even the Ying angle isn't too on-the-nose give the current political climate); a modern wuxia gem that doesn't overplay its genre's wire-fu staples, and instead seeks merely to remain sumptuous, tragic, classically Shakespearean - and classically Kurosawa - whilst building to a final act pleasantly afforded a few nice surprises.

Shadow makes its UK 4K Ultra HD Blu-ray bow courtesy of Universal, likely matching up to Lionsgate's earlier US release. It's an absolutely stunning native 4K presentation, boasting some of the most exquisite cinematography on any 2019 release.


It's an absolutely stunning native 4K presentation, boasting some of the most exquisite cinematography on any 2019 release

Detail is stunning, with crystal clear resolution, but a warm texture to the piece that affords it a surprisingly modern period feel, finding plenty of fine object nuances to revel in whether in the sumptuous trappings of the kingdoms, the rippled layers of the ying/yang 'stages', the dark cave, or the cobbled streets of the prized city that's being fought over. Characters similarly come to life in the near-monochrome landscape, with texturing to the skin and hair, and no restraint on the frequent and vicious wounds.

WCG and HDR work wonders with the palette too, bringing life to the largely black and white landscape through pops of colour which are very subtly applied (there are no neon highlights here!). There are some inky blacks here, but a wonderfully nuanced sliding sale of 'greyscale' too, and shadow detail - and usage - is unparalleled. It really is a stunning presentation.

NB. Despite how 'perfect' the image is, there were some minor anomalies experienced on playback which are currently assumed to be TV/player related. They involve vast shifts in brightness which are comparable to the TV's automatic shift to 'standby' mode, whereby different content 'wakes' the TV back up to delivering the image as intended. Currently, this has not diminished the rating for the disc's presentation until it can be tested on other hardware.

It's the wonderfully realised effects and sweeping, epic score that define the bracing, engulfing track

Right from the outset, there's plenty of atmosphere to the piece, bringing life to echoing halls and caverns, the metallic clang of armour, the clash of weapons and the paper rattle of flimsy partitions. There's plenty of mood to the piece, and the track revels in nuance for the build-up, before bringing it home with a stunningly orchestrated final act replete with epic battles set against a backdrop of a thrashing downpour which is perfectly embraced by the dynamic array. The score perfectly matches the material and gives it further grace and weight, rounding out a superb audio track.

Nothing, not even on the Blu-ray

Slow-building, but ultimately revealed to be a perfectly-paced crescendo of tension, Shadow is a great new wuxia entry. Even if it doesn't go down as a future classic like Crouching Tiger, Hero and House of Flying Daggers - and there's every chance that it will - it still gives hope that the genre still has plenty left in the tank.