Is the conflict over? 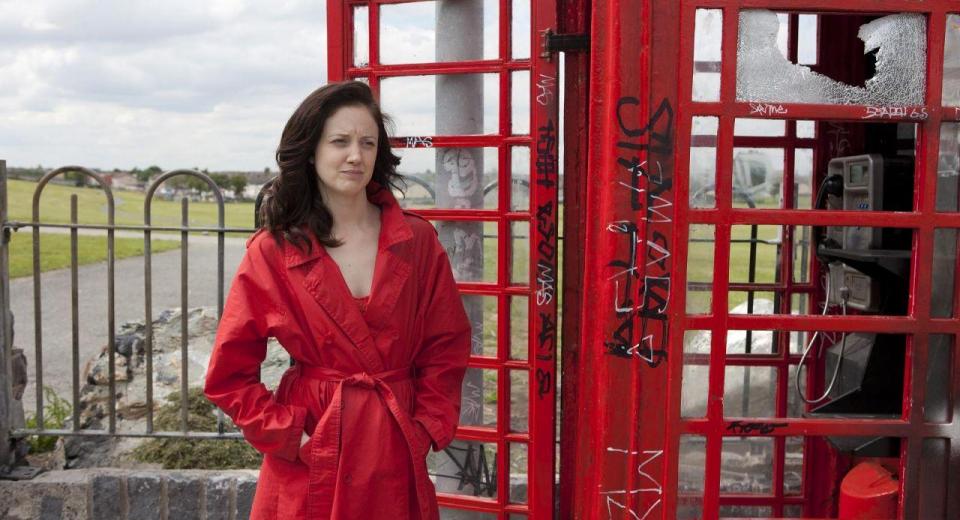 Shadow Dancer hits UK shores with a Region Free Blu-ray promoting a very good 1080p/AVC encoded High Definition video presentation in movie’s original theatrical aspect ratio of 2.35:1 widescreen. Detail is largely good, we some superior facial close-ups and some impressive depth with the scene-setting landscape shots of windswept Belfast. There are no noticeable digital defects present, aside from a hint of artifacting, which is barely worth mentioning. The colour scheme is intentionally dour and desaturated, prevalent with grays and blacks; sombre tones with seldom any vibrant, vivid colours on offer – Collette’s striking red anorak standing out against the bleak backdrop. It perfectly achieves the desired period look and, whilst not quite demo quality, this is a strong presentation of this low-key movie. Similarly the accompanying DTS-HD Master Audio 5.1 track (preferable to the English LPCM 2.0 alternative also provided) does a decent if unexceptional job. Indeed I dare say it would be quite hard to achieve sheer aural perfection with such a minimalist sound design: there are long periods without any score whatsoever, and just the wind blowing in the background. Thankfully the effects are keenly observed and craft and suitably authentic atmosphere, allowing the surrounds to do some important but unobtrusive backing work as the all-important dialogue takes precedence over the fronts and centre channels. The score that we do get only further adds to the tension, its moody undertones brooding in the background as the plot thickens. It’s a solid, strong offering.

Although not brimming with extra features, Shadow Play boasts a couple of decent additions which will should keep fans reasonably content.

Director James Marsh and Writer Tom Brady paid up to deliver a fine and informative audio commentary, with Marsh focussing on the production details, whilst Brady talks about his source novel, experiences and his assistance in adapting the story from book to screen. Worth a listen.

The World of Shadow Dancer is just 9 minutes long and doesn’t make for much of a making-of; an insubstantial addition which offers up a few brief cast and crew snippets and a very slight look at the source novel, the adapted script, the style and the setting. Set against the early nineties tail-end of the thirty-year conflict in Northern Ireland, Shadow Dancer is a quiet, reserved and unassuming little low-key spy thriller that adopts the thoughtful pacing of Tinker Tailor Soldier Spy and the admirable style of an Andrea Arnold movie, and that is driven by an emotionally-charged, powerful-but-vulnerable performance from upcoming star Andrea Riseborough, and solid support from the likes of Clive Owen and David Wilmot. Whilst its languid pacing may not appeal to all, those with any kind of interest in getting a feel for what it must have been like over there during this tumultuous period should definitely investigate this a bit further. It’s a traditional mole-hunt spy-thriller made exceptional through its authentic period inflection.

On UK Region Free Blu-ray we get strong video and audio as well as a couple of nice extras which should keep fans happy. If you’re a fan of strong performances, resonant slow-burning thrillers with political backdrops, or just damn fine films, then this is well worth investigating.