Cinematic art in its highest form 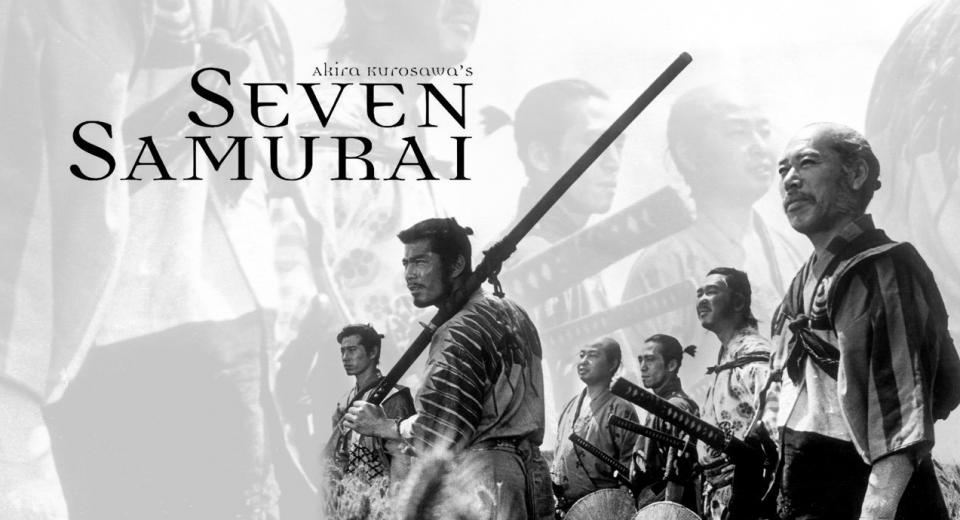 Akira Kurosawa is one of the greatest Directors to have ever lived. Massively influential, his active years making movies spanned over half a Century, and he went on to Direct no less than thirty films, several of which frequently appear on Top 100 lists, with almost all of them highly acclaimed. He did contemporary work and period work, was persistently experimental, and brilliantly fused Western themes and stylisation (previously unheard of in Asian cinema) with the Japanese equivalent.

Amidst his best work we have Stray Dog – arguably the first Japanese Detective thriller, Rashomon – the first example of a story told from several different perspectives; Red Beard and The Idiot (both adaptation of novels by Russian author Dostoyevsky); Ikuru – an early example of an excellent satirical work, Throne of Blood and Ran – both lavish interpretations of Shakespeare’s Macbeth and King Lear, respectively, set in feudal Japan; The Hidden Fortress – which George Lucas revealed was the premise for Star Wars; Kagemusha (which Lucas helped fund, after the success of Star Wars); and one of his most famous work, Yojimbo – where Kurosawa created one of the best adaptations of Dashiell Hammett's Red Harvest (later used for the underrated Coen Brothers film Miller’s Crossing), and created a film classic which would itself spawn several direct reinterpretations – including Sergio Leone’s superb A Fistful of Dollars and Walter Hill’s Last Man Standing.

Often risking his own personal health in mammoth productions which threatened to bankrupt his studios and set back the very film industry itself in Japan, his projects still generally ended up being not only critically acclaimed, but also hugely successful from a commercial standpoint. And although none of his films ever garnered a single Oscar, in1990, he received an honorary Academy Award for Lifetime Achievement “for accomplishments that have inspired, delighted, enriched and entertained audiences and influenced filmmakers throughout the world.”.
But back in 1952 Kurosawa was at the peak of his success, having proven himself with a succession of quality productions, and just completed his one of his most acclaimed works, Ikuru. Partnering up with the screenwriters he had worked with on that project, Kurosawa set his sights on his first samurai movie. Initially he wanted to make a film that charted ‘a day in the life of a samurai’, but having read a true account of a village which hired samurai to protect them from raiding bandits, he decided to use that as the premise for his new movie. Aside from co-writing the story, Kurosawa also meticulously constructed a back-story for every one of his lead characters, creating complete dossiers to submit to each chosen cast member so that they may fully get to grips with the role.

Originally he wrote insixsamurai characters, and cast his long-time collaborator Toshiro Mifune (who starred in 15 of the Director’s movies) in the role of the most skilled and stoic of the warriors; the quiet loner, but when he realised that the story would be too dry and inaccessible without a more reckless, wild addition to the group, whom audiences might better relate to, Kurosawa added as seventh ‘samurai’, and recast Mifune in that role, allowing the actor to improvise a great deal of the part due to the fact that a detailed background had not previously been fleshed out for the new role. The story was simple: a group of poor villagers, whose homes are repeatedly ransacked by attacking bandits, decide to buy weapons to protect their village. But whilst in town looking for arms, they come across a brave and clever ronin, a masterless samurai, who agrees to help them protect their village – suggesting that, rather than buy weapons, the villagers hire samurai to repel the bandits. Putting together a superior team of similarly nomadic warriors – the eponymous seven samurai – the group set about trying to dispel the oppressors, whilst both training and uniting the villagers, eventually forging a mutual respect as well. With the odds stacked against them, will the desperate few be able to defeat the vicious many?

Running half a year over schedule and three times over budget, Seven Samurai ended up being the most expensive Japanese film at the time, almost bankrupting the production studios, Toho, who had invested everything in this and the first Godzilla movie. It was a mammoth feat, Kurosawa’s health issues – and insistence on commitment to authenticity, whatever the cost (having replica sets build to reflect the period setting accurately) – contributing to a production which many felt would never be completed. The end result, however, was a massive hit – going on to become the Japan’s highest-grossing movie, and now commonly regarded as the greatest Japanese film ever made.

It was a masterclass in filmmaking, not just utilising filming concepts which had never been done before, but combining them for the first time ever to produce a classic movie which would go on to have significant impact not only in the East but also in the West, where Hollywood finally sat up and took notice – eventually commissioning their own (now classic) remake, The Magnificent Seven. Kurosawa’s movie actually pioneered the concept of the recruitment and gathering of a team of heroic individuals who set out on a mission – something which has since been used in no end of films (from The Dirty Dozen to Ocean’s Eleven) – and, in fact, each of the seven warriors now represent the prototype for film characters in a team.


"I'm preparing for a tough war. It will bring us neither money nor fame. Want to join?"

First up you have the righteous leader, a pivotal character who is introduced by means of a daring hostage rescue scene (something which, too would become a staple for this kind of movie). Then there’s his 2nd lieutenant (another now-familiar occurrence), there’s a strategist, the comedian of the group (always a requirement), the young newbie (who even gets involved with a local girl) and a stoic lone wolf. The seventh Samurai was the added afterthought and, ironically, now one of the most memorable of the bunch – the reckless and temperamental wannabe Samurai whose own history is similar to that of the poor villagers. Hell, even the villagers and their reluctance/mistrust of the men who agree to fight for them has become pretty commonplace as a genre ingredient (as is the eventual revelation that they are far more conniving than it would initially seem). But although they are all stereotypesnow, back then, this was the movie thatcreatedthe damn mould!

His cast were all regulars on his movies: Isao Kimura, Daisuke Kato (who would later pop up in Yojimbo as the pig-faced gangster), Minoru Chiaki, and Yoshio Inaba – with particular mention going to Seiji Miyaguchi’s wonderfully stone-faced turn as the highly skilled lone wolf, and the second most familiar Kurosawa collaborator (appearing in 21 of the Director’s 30 films, albeit in lesser roles), Takashi Shimura, excellent as the strong but wise leader of the group. Of course I’m not forgetting Toshiro Mifune, one of Japan’s greatest actors – often compared to everybody from Lawrence Olivier to Clint Eastwood to Robert DeNiro (particularly as the DeNiro/Scorsese relationship mirrored his own partnership with Kurosawa) – in the unplanned role of the Samurai wannabe, the wild and uncontrollable Kikuchiyo. Sure it would have been nice to see Mifune play the stoic warrior – the part he was originally cast in, and a role he would later make his own in both Yojimbo and Sanjuro, setting the tone for no end of successors/imitators across the decades since by fashioning one of the first ‘man with no name’ personas – but the fact that he worked perfectly as the improvised seventh warrior is just a testament to his capabilities. It was not the first time Mifune had unexpectedly stolen the show with his performance in a Kurosawa production – as was evident from their first collaboration, Drunken Angel.

Mifune is a fantastic actor, truly able to play a wide variety of parts, and yet bring the same undeniably charismatic central core to the table every single time. Whether wild in Seven Samurai, calculating in Yojimbo, desperate in Stray Dog, cruel in Throne of Blood, or coolly wise in Red Beard, he always seemed perfect in the role, and for as much as Mifune always regarded his movies with Kurosawa as being the only work that he has done which he was truly proud of, Kurosawa equally commented that none of the movies that they made together would even exist without Mifune’s contribution.


"This is the nature of war. If you think only of yourself, you'll only destroy yourself. By protecting others, you save yourself. "

Despite being butchered over the years to suit Western sensibilities, Seven Samurai was eventually restored to its full 207 minute length (by Criterion, no less), returning the distinctly epic feel to this classic action/adventure. Although some of this time was spent in action, a great deal was dedicated to the creation of solid, memorable characters, honest emotions and realistic interplay between the villagers themselves, and amidst the samurai, and also between the two factions. There is clear observation of class struggle, of the notion of purpose and duty – being honourable but still masterless Ronin in a world where true respect was generally only afforded to those Samuraiwitha master. It’s an acute character study, wrapped up in a thin veil of socio-political allusions and commentary, and grounded in brutal action and genuine consequence.

In fact it is widely regarded as one of the first ever ‘action’ movies, utilising multiple cameras and slo-mo techniques to provide stylish, fluid, continuous action during its numerous Samurai ‘stand-offs’ and battle sequences, not least the massive closing confrontation. For me, I will always remember Seven Samurai for being the film that my dad introduced me to which first sparked my love for movies; for its opening introductions to the various characters; for Mifune’s wild, often drunk, over-the-top behaviour; for the shot where the bad guys appear – en masse – at the crest of a hill (a shot which has been since imitated numerous times); and for one small scene where the young buck comments to the lone wolf, who is trying to sleep, that the bandits are sniping from the forest using muskets. The lone wolf gets up, goes off into the forest, and comes back quite some time later to find the young buck looking worried. He hands him one of the muskets and then goes back to sleep. Awesome. It is said that Kurosawa’s family is descended from a line of actual Samurai and, if you look closely, you can see the spirit of the warrior in all of his movies. This was never truer than in Seven Samurai. I simply cannot recommend the film enough – it is cinematic art in its highest form. One of the greatest movies of all time.