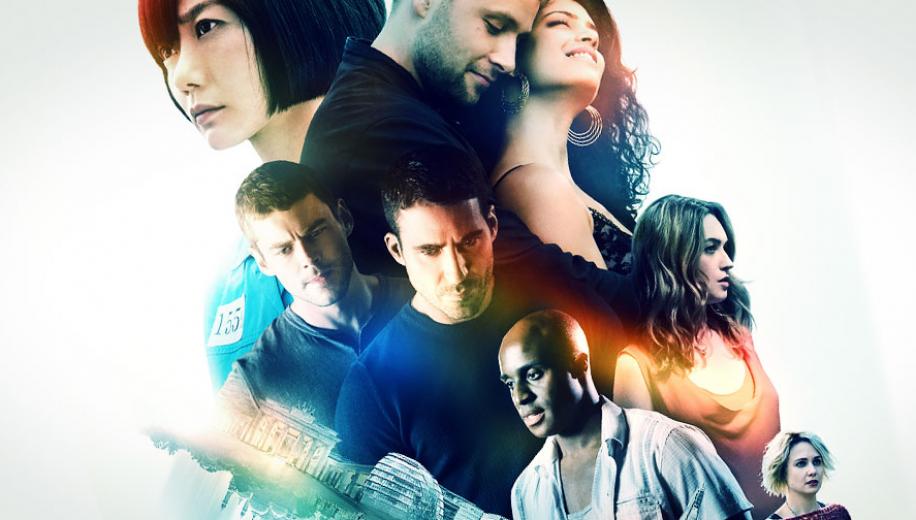 Creatively compelling but narratively underdeveloped, Sense8 is an interesting concept made audacious in its visual realisation. It follows a group of eight disparate individuals across the globe who are gifted a psychic connection that enables them to share thoughts, skills, knowledge, language and experiences.

Initially faced with their own individual struggles - which they mentally unite over in order to overcome - they are hunted by a clandestine organisation who wish to harvest their powers.

Clearly undergoing their own personal transformation and voyages of self-re-discovery at the time, Sense8 is both the Wachowskis' most personal and expressive production, and also their most inaccessible.

A far cry from the heady days of The Matrix, the colourful duo have gone through the pretentious (The Matrix sequels) to the ambitious (Cloud Atlas), and the outright terrible (Jupiter Ascending), finally losing traction on the Big Screen after a decade of visually spectacular sci-fi flops and landing themselves a much more personal project on Netflix.


This extended conclusion ties up all of the loose ends.

It's not hard to see why Sense8 was cancelled. After two seasons, whilst its world-building was mind-blowing, its actual plotting proved paper thin, oftentimes going absolutely nowhere (and certainly nowhere we hadn't been before in myriad other 'gifted' people on the run from a shadowy group productions) and increasingly a playground for the duo's indulgences and eccentricities, frequently protected under the banner of LGBT progressiveness.

Thankfully there are moments of utter visionary excellence - something which the duo appear more than capable of delivering in almost all of their projects. Here, the more thrilling sequences are ignited by the cross-population of minds working together: an underground cage fighter (Cloud Atlas's Bae Doona), a safe-cracking criminal (Berlin Syndrome's Max Reimelt), a cop (Stargate Universe's Brian J. Smith), a DJ (Spooks: The Greater Good's Tuppence Middleton), a pharmacist (The Second Best Exotic Marigold Hotel's Tina Desai), a bus driver turned politician (Toby Onwumere), a hacker (The Neon Demon's Jamie Clayton) and an actor (Narcos's Miguel Angel Silvestre).

Scenes of torture, imprisonment or combat are afforded an added level of depth, flipping back and forth between the various personalities who come together in one body and cleverly utilising a change in actors in the exact same scenes to establish the swapping of minds. The last time we saw the group they had actually come together - for the first time in person, rather than just psychically - in order to save one of their own, halfway-succeeding in the operation by taking the fight to their enemy, losing a member to the enemy but also capturing the head honcho of that group, the psychic-gone-bad called Whispers (Terrence Mann), and proceeding to declare outright war upon the evil BPO organisation.

This 150 minute Series Finale picks up right where Season 2 left off, back-plotting to fill in a lot of the gaps across the entire two seasons, bringing back key players like Naveen Andrews' 'Father' and Daryl Hannah's 'mother' and affording captured sensate Wolfgang (Max Riemelt) a tragic backstory to colour in his time in custody.

It could be argued that this entire double/triple-episode is fan service, and that intention certainly helps this extended conclusion tie up almost all of the loose ends, but sometimes it feels somewhat contrived, bloating the bumped two-and-a-half-hour runtime with a series of non-starter events before it finally gets into the main meat of the narrative.

Certainly things move faster here - a little bit like the abbreviated season of Lost where the writer's strike caused them to tighten up the plotting - with the special eventually hitting its stride and veritably feeling like an exercise in every-second-counts (TV-)filmmaking come the end of it, notwithstanding the fact that Lana Wachowski has been very vocal about leaving things open for a full third season, but there's still some self-indulgent fat that bogs things down.

As is usual for Sense8, the high points are almost always the elaborate and audacious action sequences, with the relatively straight lab shootout a fun diversion but the nightclub scene affording the production that kind of expansive mutual-consicusness stylisation that fans have come to expect. It's still a long way from The Matrix, but The Wachowskis still have a flair for innovative action.

Sense8 is also celebrated for its heart, and rightly so. Whilst the Wachowskis hammered some kind of agenda a little bit too bluntly, stripping that away and you still find an earnest celebration of unique identity, colourful differences and emotional bonds. These individuals - oftentimes like close units of friends borne through circumstance - are unlikely companions united through their gift, and they form a very tangible family whose unquestioning love is rare amongst productions.

Indeed, had this show been allowed to run its course - a full five seasons were sketched out - perhaps we would have learned more about the disparate individuals, seeing the nascent stories about their home lives reach fruition. As is, they all come to a forced crescendo, with some given greater depth than others, but - thankfully - all of them afforded some time in the spotlight.

An unusual TV show perhaps unlike anything that has come before it, The Wachowskis continue to find innovative ways to tell their core human dramas - this one have the same kind of unusual storytelling style that fans would have scratched their heads over with the non-linear onion layers of Cloud Atlas.