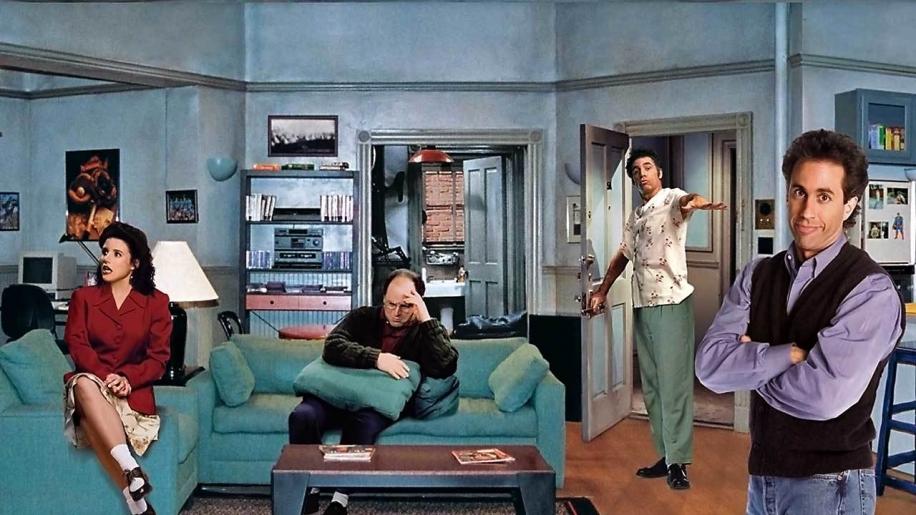 Seinfeld is presented in its original 1.33:1 full screen aspect ratio format on a non-anamorphically enhanced transfer. Considering that fact, the detail is still fairly good with some minimal edge enhancement and few other signs of digital artefacts. There is occasional, slight grain that dominates some of the shadows and black tones. The colour scheme is fairly wide and varied and the colours are represented quite well but sometimes seem mildly faded. There are no signs of scratches, dirt or anything else which could cause print damage. Considering its nineties TV origins, the transfer is pretty good and one of the better full screen presentations that I have come across. Seinfeld gets a fairly basic sound treatment - just a Dolby Digital 2.0 track that makes no efforts to break any boundaries. The dialogue is always fairly clear, although the laugh track sometimes annoyingly overwhelms it, coming across as extremely tinny with no depth. There are few sound effects but the only other thing worth noting is the theme, which can get occasionally irritating. It is a slightly shallow track but it never really takes away from your enjoyment of the show. This fourth season 4-DVD box set has all the extras that you could possibly want, so many so that I simply cannot go through each and every one of them separately. Many episodes have audio commentaries, the contributors including Seinfeld himself, his co-stars, some of the writers and some of the other crew members. Almost every episode has an Inside Look mini-featurette giving you some background into the particular story in a nominally short running time. Most episodes have at least one deleted scene, although none of them particularly warrant being kept in and every episode has an optional subtitle track - Notes About Nothing - that offers background into the guest stars and notes any obscure references or odd facts about the onscreen action. If that is not enough, there is a twenty minute featurette about the season featuring all of the main cast and crew, a five minute Regis & Kathie Lee Parody clip and a twenty minute Blooper reel, which is pretty hilarious if a little long. Finally there are some NBC and 1992 Olympics promotional ads. Seinfeld is a much lauded comedy that is finally getting the treatment that the fans have been waiting for. This season 4 box set probably presents the show in the best way that it has ever been seen or heard and there are myriad extras covering absolutely everything you would want to know about the episodes. For those unfamiliar with the show, it is worth checking out on TV first - re-runs are shown daily - because although many will appreciate it, only after watching a few episodes will you know whether or not you like it enough to have in your collection.