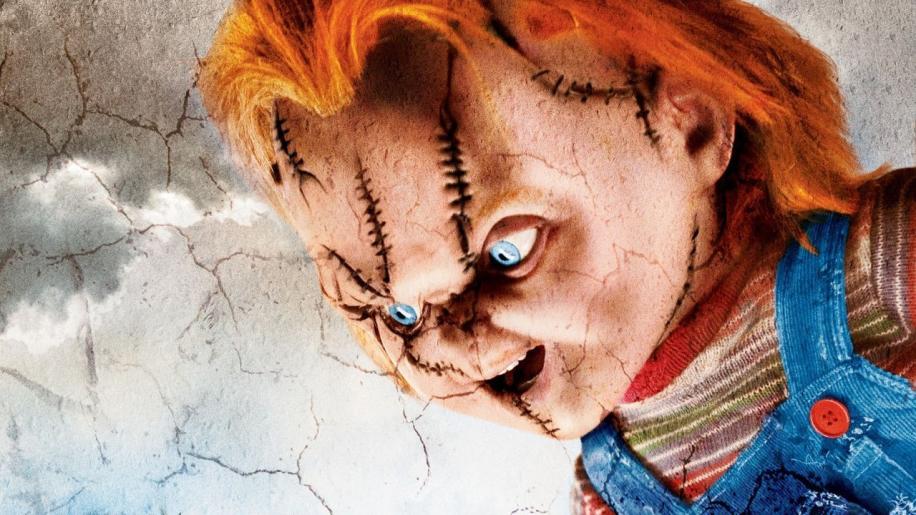 Universal have provided a theatrically correct 1.85:1 ratio anamorphically enhanced for widescreen TVs picture with a very impressive average bitrate of 8.62 Mbps. For such a low budgeter as this, I was very impressed with the picture. It is clean with pin sharp clarity; colour and contrast are well set, with blacks and reds looking exceptional. Digitally, there are no problems with artefacts, nor with edge enhancement. However, there was a small smattering of film grain here and there, and the occasional speck of print damage was noticed in one or two scenes (probably because the rest of the print is so clean) that detracts from the perfect score. The pictures quality is in no doubt a function of the impressive bitrate, considering the discs other content the compression used is quite exception and Universal should be applauded. The disc has been give two English 5.1 tracks, Dolby and DTS. A good horror surround track can really lift the film and provided excellent accompaniment to the visuals; for the most part Seed's succeeds. Both tracks have a nice range and decent separation, opening up the sound stage. The best effects are during the opening credits and the various thunder claps, though the score too pipes enough to the rears to keep them happy. Dialogue is clear and precise, without distortion or hum and gets direction through the speakers when called upon, perfect example is the split screen telephone conversation. The Dolby track concentrates on the mid to low range giving a nice depth to the sound and clear separation throughout the channels. The DTS, though, for me, does just pip the Dolby at the post being slightly more precise with across the board clarity and deeper base; but it is very close, those without DTS should not fret. The score reflects that as good as the tracks are, they are not totally immersive and as such do not justify a perfect 10. First up there are three commentaries, two audio and one text. The first audio commentary with Director Don Mancini and actress Jennifer Tilly is quite a lively affair, with both very chatty imparting anecdotes and technical info together. It is quite an informal chat, with few pauses, even when there are pauses Mancini is mindful of the fact and says so, the conversation picks right up again. Tilly is quite knowledgeable about everything and can easily match Mancini for details, though her preoccupation with her weight becomes tiresome. Mancini also alludes to many deleted scenes only one of which is included on this DVD. The second Audio commentary features Mancini again with Tony Gardner the puppet master and by contrast is a far more technical affair. Gardener is very informative about his puppets from their limitations to their skin, he discusses all in a frank and informative manor with Mancini. Of the two commentaries I preferred this one, even though much of the same territory is covered. Finally the text commentary pops up information already heard in the commentaries in a rather large box rather sporadically during the run of the film. Nothing new here.

There are numerous 'interviews' and set pieces with the cast, i.e. the puppets specially filmed for this DVD, supposed to be funny, but not quite hitting the mark. These interviews are continued in the Making of featurette, which thankfully includes interviews with the live crew. It is reasonably informative, if a little light on anything technical.

One deleted scene is included with an optional commentary from Mancini and Debbi Carrington, the actress involved and was removed due to timing, it not being finished and a better situation later in the film; interesting of sort but not essential

Jennifer Tilly provides two entries to the extras, one, an except from her diary leading up to the filming of Seed since her involvement with Bride; quite informative and interesting. Secondly she provides a 'video diary', actually a few minutes of spoof video filmed for the Tonight Show.

Mun2 must be a film/music show in the US and they have reports on films in the making and previews, one such was for Seed and is included in its entirety here, has interviews with cast both alive and puppet.

Storyboard to film comparison of the opening sequence plus trailers and comprehensive biographies and filmographies for the major cast and crew round off this very full content. Seed of Chucky is a nonsense little film, but one directed with gusto and heart and a worthy successor to is prequels. The dolls do manage to evolve, with the horror and comedy being spot on, little to fault here. As a DVD Universal have produced an impressive package; this unrated version has a number of additional extras (including the second audio commentary) compared to the rated version at the expense of a French 5.1 Dolby track; I can see this version is going to be the one to own and I recommend to fans and new comers alike.