Let the battle of the beards begin! 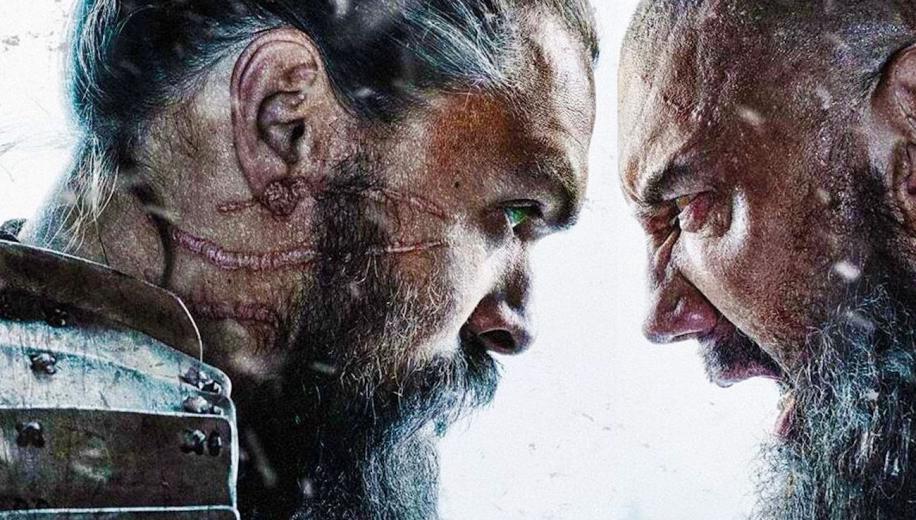 When Apple TV+ launched a couple of years back, it delivered a trifecta of impressive all-star flagship offerings. The Morning Show's political prescience and tremendous cast saw it receiving great reviews, whilst For All Mankind's visionary reworking of an alternate past - orbiting around a premise that saw the US lose the space race - was similarly surprisingly insightful and relevant, affording a wonderful look at what could have been. It was also very well-received, cementing its worth with an even better second season.

See somehow had an even more audacious premise - a future where the human race has been decimated by a virus, and the few survivors remaining have lost their sight, gathering in tribes in a world which has all-but abandoned technology, but still engaging in furious blind battles.

... for its dedicated followers, it was possibly the pick of the Apple TV+ lot

See﻿, unfortunately, wasn't as well received as its flagship siblings, attempting a world building extravaganza punctuated by brutal and standout fight sequences, but mostly memorable for the latter, with a degree of suspension of disbelief required to get onboard this Blind Fury insanity. Jason Momoa helped no end though, and for its dedicated followers, it was possibly the pick of the Apple TV+ lot, leaving the COVID delay on the second season posing a painful wait to get to an eagerly anticipated second season - made all the more attractive by the choice addition of Dave Bautista as this year's primary antagonist.

See Season 2 comes to the UK as an Apple TV+ Original TV Series, with a stunning Dolby Vision-infused 4K presentation and thrumming Dolby Atmos soundtrack. Right from the get-go, all of Apple's productions have looked tremendous, and this is certainly no exception, going full The Revenant in its gorgeous, expansive landscapes. Sound design has always been key, and whilst the Atmos isn't exactly laden with LFE, there's some nice separation here. Overall, it looks and sounds great.

... a delicious taste of everything to come, and all but guaranteeing you'll be back next Friday to see what happens next

Although we only get the season premiere, it's an almost feature-length opening, extending beyond the average 50 minute runtime of standard episodes and giving you plenty of time to get back into the world. Momoa once again takes centre-stage, absolutely owning the role of Baba Voss, continuing the quest he started at the end of the first season - the search to recover his adopted daughter who had been taken by a rival clan ruled by an old nemesis, and brother, Edo Voss. It's a treacherous journey, seeing Baba go solo in attempting to infiltrate the heavily guarded and fortified citadel, with Edo using the daughter as bait so that he can satisfy the blood lust he has for the brother he believes betrayed him. It's a hell of a start, vastly overshadowing the background secondary arc of Sylvia Hoeks' false Queen Kane and Hera Hilmar's rightful heir Maghra Kane (who some might vaguely remember actually started off as the wife of Baba, in a plot strand that's taking a long time to come full circle). The action is tremendous, the fighting as brutal as you will remember it - and then some - and Momoa is back doing what he does best, with the season premiere offering a delicious taste of everything to come, and all but guaranteeing you'll be back next Friday to see what happens next.

See Season 2 comes to the UK as an Apple TV+ Original TV Series, released weekly, with the extended premiere available on August 27th 2021.