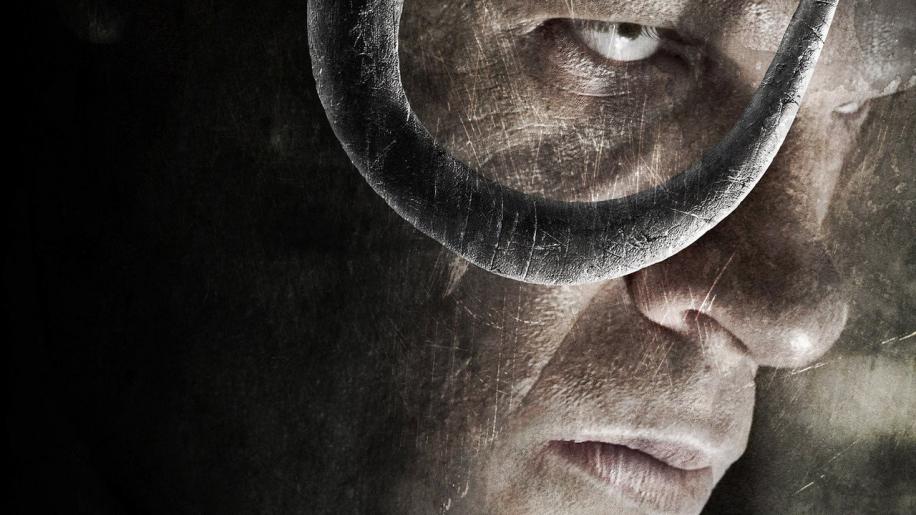 The film is presented as an anamorphic widescreen 1.78:1 transfer that manages to look as good as they get. The film is dark, in both nature and presentation, with contrast and brightness set to make the most of it. Colours, predominantly in the green hue, are suitable both and thick. Blood, due to the hue, comes across as a near black red and there is plenty of it. The detail is excellent, edges are held well into the distance, with no edge enhancement to be seen. In fact apart from a little blocking with some smoke early on there are no compression problems to speak of either. It is a good solid picture, one of those transfers normally associated with really bad films... I wonder if that was intentional. The English Dolby Digital 5.1 sound track is also a solid affair with plenty for each individual speaker to get their teeth into. Perhaps not as fully immersive as some of the top titles out there, but it is certainly no slouch. With chains rattling, creaky floor boards and the sound of decay to envelop the atmosphere when the flies buzz around the room and a sudden thump from the sub signals the death of another victim, you know it's mean. Dialogue is crisp and clear and suitably natural sounding, bass is resoundingly low with many LF effects to keep the neighbours awake. An impressive sound track matches the visuals for a full on experience. There are two audio commentaries, one with writer Dan Madigan and director Gregory Dark, the other with star Kane and co-executive producer Jed Blaugrund.

The Making of featurette is titled Do you see the sin? It is a ten minute affair that talks about the general making of the film, the size of Kane and the effects both practical and digital needed make the film. Too short to go into any real depth, but gets its point across in as quick a time as possible.

There is a three minute feature entitled Kane: Journey into Darkness which is nothing more that Kane's exploits in the WWE ring, sort of condensed best bits.

There is a storyboard to film comparison, I find these intensely boring so didn't even look.

There are eleven promotional shorts produced by WWE, they are each about 1.30s long and have a brief subject matter, with a couple of talking heads about the film before reverting to trailer material; you can watch them all with a play all function, but, of you are anything like me, after the first two you'll be so board that you'll never access this page of the disc again.

Finally there are the films teaser and theatrical trailers. See No Evil is not a good film by any means, its is a rip off of other better films, what it does have going for it is a relentless pace and non stop gore and brutality; if that's what floats your boat then take a look and you won't be disappointed, otherwise I'd steer well clear.