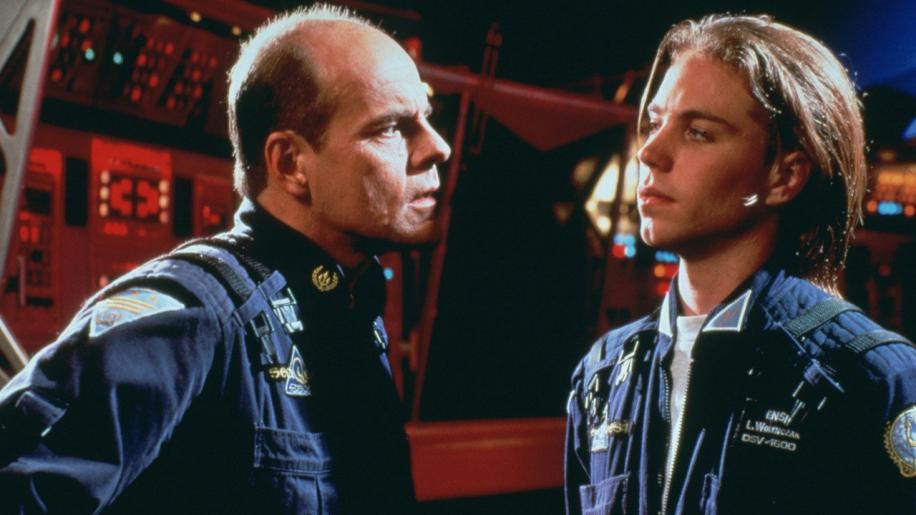 SeaQuest is presented in its original televised format - a 1.33:1 aspect ratio non-anamorphically enhanced fullscreen transfer. The detail is reasonably good, with enough clarity to make it watchable but certainly a fair amount of noticeable softness and edge enhancement. Grain is kept to a minimum thankfully. The colour palette is obviously heavily biased towards the blues of the ocean and the ship's own metallic structure, but all of the colours seem reasonably well represented. This is probably the best visual state that we are ever likely to see this series in and - whilst it is distinctly limited by the fullscreen format and variable detail - it seldom really detracts from your enjoyment of the show. SeaQuest is adorned with a reasonably good Dolby Digital 2.0 track that does everything it needs to do without ever really setting any high standards. The dialogue is generally clear and coherent, never sounding swamped by the rest of the mix. Effects are largely submarine or underwater-related, with lots of red alert warnings, sonar pings and explosions to keep you engaged. The soundtrack is suitably Star Trek-like, with a patriotic, somewhat rousing theme as the backbone to the proceedings. Of course, given the limited nature of the speaker array, the soundtrack does sound a little bunched-up at times, but it is still generally a perfectly acceptable effort for this kind of TV production. Each of the episodes has a brief text summary and most of them have Deleted Scenes. Totalling about thirty minutes of extra footage (nearly eight of which are for the pilot itself), some of them are entirely new scenes, whilst some just extend moments that you will recognise from the final cut. There's plenty more Scheider, but few extra action scenes (most of it is just conversational, rather than effects-orientated) and overall this is mostly one-watch stuff. Still, it is great that they went to all the effort of putting the scenes back on these DVDs and they will certainly make fans happy. SeaQuest is a classic Sci-Fi TV series, despite its largely underwater setting. With Roy Scheider at the helm, you could do much worse than a show like this and it has plenty of novelty to offer to fans of the likes of Star Trek. The video and audio presentations are nothing particularly special, but still perfectly acceptable given the production and it is very unusual to have quite so much deleted footage from a show this old. SeaQuest fans will be eager to pick this one up.