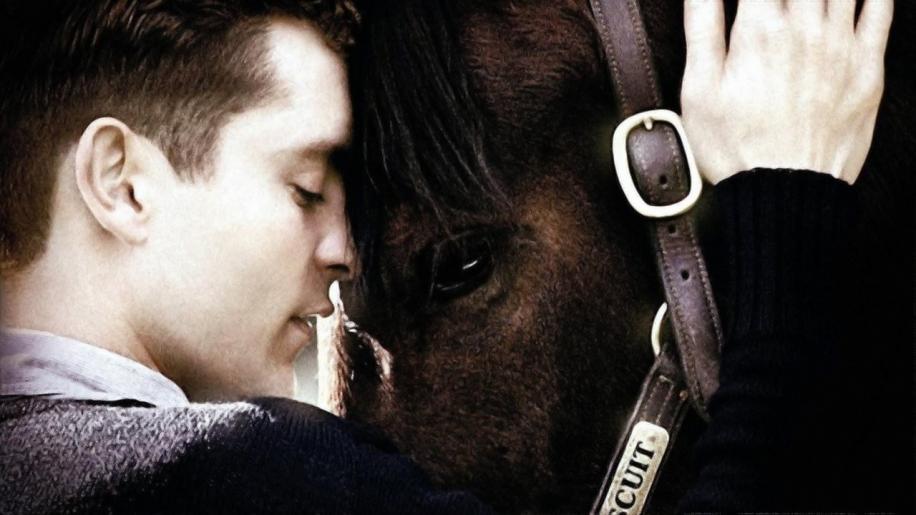 Framed at an anamorphically compressed 2.35:1 this encoding is as clear as polished steel. It is so sharp it should come with a safety warning. Picture quality is a horsefly's chuff below the best I've seen. Lush crisp green meadows glisten with the morning dew. Reds are vibrant and exciting almost jumping off the screen. The warmth of the oak panelling inside the Howard's farmhouse is palpable. Detail is evident everywhere you look. Blades of grass billow in a gentle breeze; textures of the wool suits can easily be identified. Skin tones are lifelike. No digital compression artefacts could be discerned. No not even the dreaded edge enhancement. This disc will certainly make the winners enclosure against most comers.

As mentioned above the picture quality is gorgeous, but it is not the first thing that strikes you about this disc. No, that would be the sound. Opening up to the thundering of stampeding stallions across wide grassy plains, they wheel around the room before crashing overhead and out of your viewing room wall. The front soundstage is expansive, and vocals rock solid on the centre channel. The subwoofer will get a heavy workout, ridden hard and put back sweating. No boom just deep, thunderous, controlled bass. The score by Randy Newman is subtle and lyrical, evocative of the era and so emotionally stirring hearts of ice would melt! Dolby Digital 5.1 has rarely sounded so good.

Varied and interesting, the extras on the disc draw you deeper into the history of Seabiscuit the horse while at the same time bringing insight into the production process. Photo Finish as a short photomontage of behind the scenes shots of the actors and crew at work. However before you flick past, pause awhile. Shot by Jeff Bridges on a Luminux panoramic camera they are more than mere records, they are works of art. Bridges has recently had a book of his behind the scenes on set shots published and it is easy to see why. Short featurettes on the making of the movie and anatomy of a scene are pretty standard stuff, but the most interesting is the true story of Seabiscuit as told in the “Racing Through History” featurette. I loved it, and if you think for one minute that the movie was over dramatised, you will not think so having heard the true story. If anything some of the story was toned down.

Feature commentary is provided by director Ross and Executive Producer Steven Soderburgh. The tone of the commentary is almost a Q and A between them. It covers further insight into the reality of the story, the backgrounds of the characters and their motivations. After the emotion of the movie it is a little dry and, as is often the case, repeats some of the stories and thoughts that have been covered in the featurettes. Despite this minor criticism the extras will enhance your enjoyment of the movie.

Well let's see then. I loved the movie, a beautifully shot and directed, heart-warming tale with an inspiring, emotional core. It is directed with tenderness and affection by Ross, and acted by three men displaying the best dramatic performances of this year. The disc offers print and sound quality on a par with the best, and is nicely rounded off with insightful and interesting extras. This is an odds on favourite to win your hearts, minds and cash.