Sea Of Thieves Review (Xbox One) 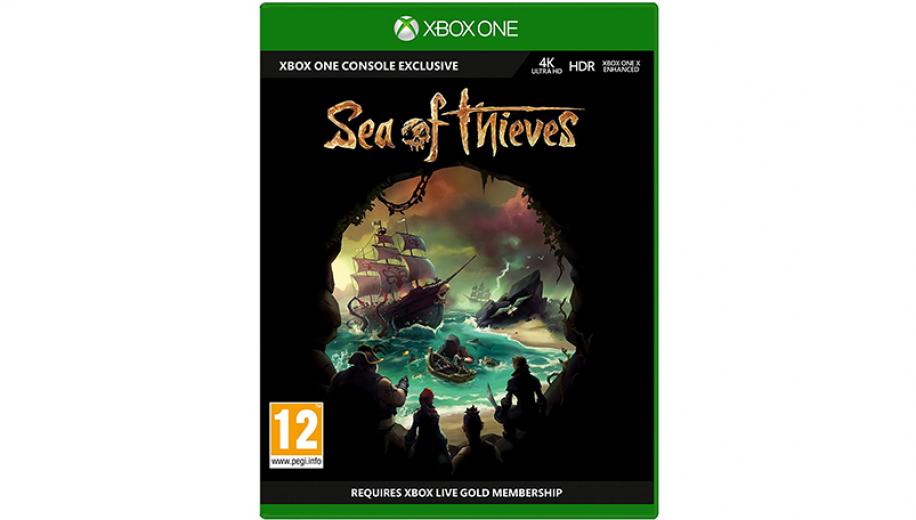 The core concept behind Sea Of Thieves is so fantastic that it beggars belief that a game like it doesn't already exist. Crew up with fellow seafarers, work together to keep your mighty galleon afloat and pointed towards treasure, and brave the waves in search of fame and fortune on your own terms... sounds like the perfect pirate game, right? Sure, and in theory, it is. Or rather, it should be. But when you can see more or less everything the game has to offer in a single sitting – during which honeymoon period, it must be said, you may well have a blast – the truth here is that living the pirate dream is more a fleeting novelty than the engrossing long-term rise to infamy it could have been.


Sea Of Thieves isn't a bad game per se, merely an utterly directionless one Sea Of Thieves isn't a bad game per se, merely an utterly directionless one. Everything you can buy and earn over the course of your pirating career is purely cosmetic – the ships and weapons available to you when you first start the game are functionally identical to the ones you'll be using in the endgame, should you have the patience to make it that far. There's simply no progression at all, no sense of improvement or growth, no loot system of any kind (a must in a pirate game, surely?)... nothing to hook would-be pirate legends into sticking with the game until they earn that title beyond watching a trio of faction ranks slowly rise through undertaking identikit fetch quests for the three.

The Gold Hoarders send you in search of buried treasure via basic maps and simple riddles, buying whatever chests you bring back wholesale (what kind of pirate can't even crack open their own booty?); traders request specific animals be captured and returned, but aren't kind enough to even point you in the right direction; mystics task combat-hungry sailors with defeating skeleton captains and delivering their possessed skulls, buying these priceless artefacts for a pittance. Whichever you plump for, it's a case of 'go to place, get thing, return, get paid' – the only difference is whether you want said thing to be hidden behind a swarm of skellies, an easy puzzle and a thin layer of sand, or the thrill of hunting down a specific kind of pig. Worse yet, these missions don't actually offer completion rewards beyond the resale value of whatever you collect at the end. Lose your ship before turning in your treasures at an outpost and all your effort will have been for naught, a supremely frustrating experience (especially for smaller crews more likely to be outnumbered and outgunned) and one that may only ever be a chance encounter with a boatload of other players away. Rare has basically created a big, wet version of The Division's lawless Dark Zone, but at least Ubisoft had the sense to allow agents to keep at least a fraction of what they find should the worst happen. There's not even any reward or incentive for attacking other players' ships (short of maybe being able to snag a chest or two as they sink, if you're lucky), but that's just another aspect of the game that feels woefully underdeveloped at the moment. Epic seafaring adventures simply aren't viable without risking far too much, so you find yourself ferrying a near-empty hold back and forth between island and port for fear of having hours disappear down the drain in a flash of cannon fire or the swipe of a gigantic tentacle. It's strange that Rare decided to place such a huge element of risk like this, especially so when you consider the absolute lack of risk in every other aspect of the game. Death is but a momentary setback, sending you off to ghost ship-shaped 'waiting to respawn' lobby before putting you back pretty much exactly where you died mere seconds ago in most cases. Similarly, losing a ship is no big deal – while cargo is lost when the vessel is sunk, the ship itself will just respawn at a deserted island somewhere, and a friendly mermaid will offer to teleport you to it if it's a fair way away. Given that careful players will tend to go into new missions with empty holds, this lack of penalty for failure just promotes an overly aggressive approach to AI combat scenarios, as you can afford to bang your head against any encounter until you get it done.

It doesn't help that combat itself is really weak, with an extremely basic melee system overshadowed by the win button that is the blunderbuss while its ammo holds out. Don't expect to see cool swashbuckling duels here... not only are the mechanics inadequate to support them but guns are just more effective in most situations, as you'll see when you encounter a piece-packing skeleton or player pirate. In fact, the only good thing about the cutlass is the charged attack, capable as it is of stun-locking boss skeletons to a cheesy death once you've dealt with their underlings, although the charged lunge one-shots the grunts anyway, so clump them all together and dive in. As lacklustre as the core gameplay loop and most mechanics may be, the nature of the game does at least give rise to plenty of entertaining emergent moments. Full crew-on-crew ship battles can be epic, dogged pursuers after your cargo can make for awesome unscripted nautical chase sequences... even just watching a cretinous crew of random players clown around like the Chuckle Brothers trying to sail a frigate can be quite amusing, although that bubble bursts fairly quickly. Being part of a well-coordinated crew, though, is ever-rewarding, whether it's just you and a friend fleeing from an enemy galleon in a nimble sloop or all of the cogs falling into place as a tight four-person frigate crew. Sailing is fantastic overall, both solo and as part of a larger ship crew that needs all hands on deck, and the waves you soar through are gorgeous. Aside from that, though, interaction with other players is pretty much as good as it gets, so cross your fingers for a decent crew or have your own on standby if you intend to enjoy yourself.

It's just as well that you're able to create your own fun in ways such as this, since the game itself seems reluctant to create any of its own beyond the simple thrill of sailing. All the core mission types are just plain dull after the first few runs, PvP is unrewarding to the point that it can often just feel like griefing, freeform exploration offers scant rewards, and even the large-scale skeleton fort assaults are just arduous time sinks, often with nothing to show for it at the end if other players have anything to do with it. They usually do. Play for long enough with the right (or, in some cases, wrong) people and you'll certainly see some cool, funny, interesting and original things. But while you do have to commend the game for being able to facilitate such emergent moments, that doesn't change the fact that it's still entirely up to the players to create them. And with so little to work towards in the long term, most of those players probably aren't going to be sticking around for too long.

Sea Of Thieves Review (Xbox One)

With no manner of meaningful progression, extremely limited structured content and no reason to continue playing past the first few hours bar some slightly shinier cosmetic options, Sea Of Thieves in its current state feels more like a demo than a full game. Sure, the level playing field makes it easier for players to dip in and out at their leisure without fear of being ganked by crews of level 100 mega-pirates riding laser sharks, but the core gameplay simply isn't engaging enough to encourage players to come back at all.

For all its entertaining breakout moments, there's so little to it right now that it's hard to recommend – so limited is its sandbox that it's less a box of sand and more a jar of dirt. Still, there are a handful of strong mechanics and features to build upon as well as the plethora of weaker ones that could use another look, so Rare could yet turn the game's fortunes around if future updates can steer the game back onto the course towards success that this excellent premise deserves.