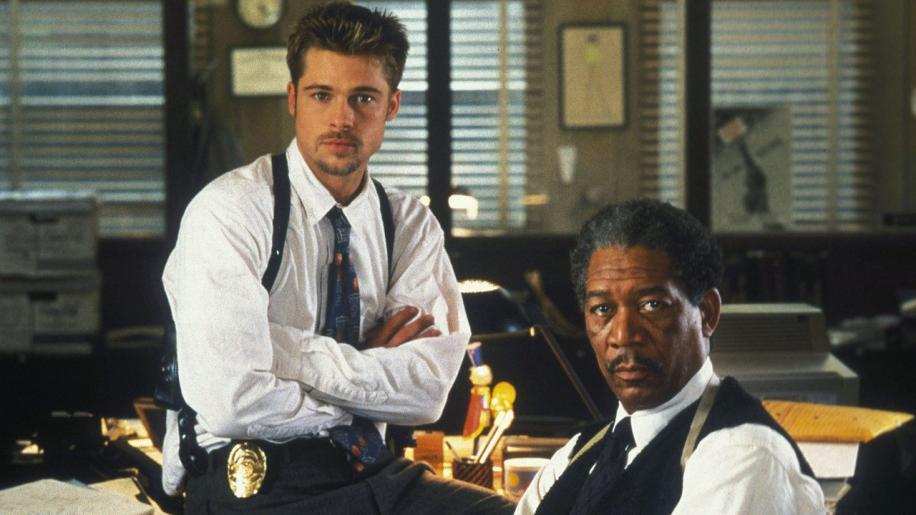 Dark, dank, dingy, and undoubtedly one of the best transfers we've ever come across. The anamorphic 2.40:1 image captures every piece of detail and every subtle nuance of Darius Khondji's magnificent cinematography. Surprisingly enough, considering that much of the film takes place in dark locations overflowing with the detritus of city life, the pictures never gives in to digital artefacts or unsightly grain.

Featuring one of the most complex major Hollywood movie soundtracks of all time, Se7en demanded careful attention when it came to putting this DVD together, and thankfully the people behind it were more than up to the challenge. Included on the disc are Dolby Digital 5.1EX and DTS 6.1ES remixes of the film's soundtrack, and both of them sound truly sublime. It is arguable that the DTS track makes better use of the more subtle moments in Se7en's mix, but when it comes to placement and creating an active soundfield, both tracks succeed in offering a real treat for the ears. Magnificent work.

Oh boy... Entertainment in Video has more than made up for the rather dismal Se7en DVD released a couple of years ago with this fantastic 2-disc package. Disc one offers four commentary tracks focussing on the stars, the story, picture and sound, while disc two offers up a multiangle exploration of the creation of the influential title sequence, a collection of deleted and extended scenes with optional commentary, the original 'test screening' ending and animated storyboards for an unused ending, animated photo and production design galleries with commentary, an animated gallery for John Doe's notebooks, the theatrical trailer and theatrical EPK, and a featurette looking at the film's remastering for the DVD release.