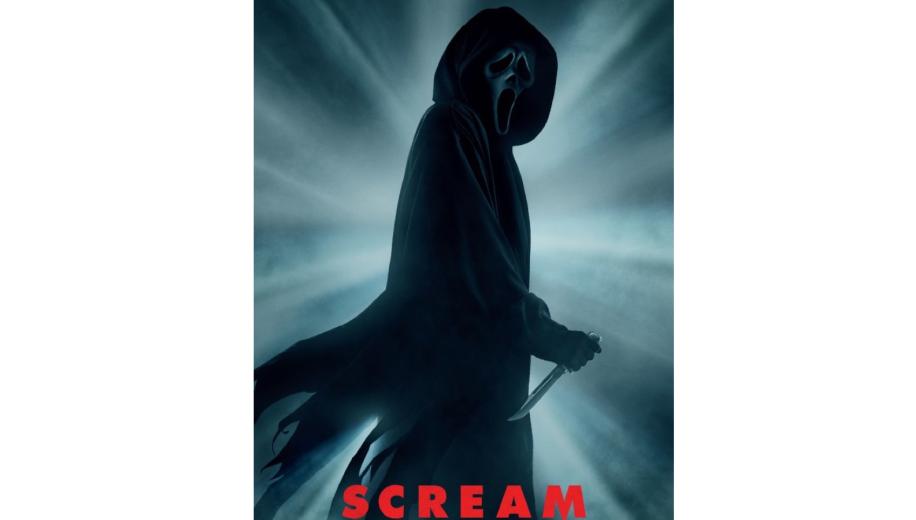 The return of a much-loved horror franchise will disappoint as many as it entertains thanks to its treatment of the classic OG characters. Extreme nostalgia caution is needed…

Where does ‘clever’ and ‘knowing’ trip over into ‘formulaic’ and ‘parody’?

It’s a fine line for sure.

And one the new creators behind this very sadly Wes Craven-less new franchise entry flirt with and skirt round, but sadly too often fall onto the wrong side of.

The first Scream breathed life into an ailing genre thanks to its near-perfect combination of cinematic smarts and classic genre staging and delivery. But in amongst the clever nods to horror cinema and conventions and brutally shocking set pieces, it gave us real, honest-to-goodness characters. Ones we empathised with, ones we wanted to spend time with, hell for once in a ‘slasher’, ones we wanted to NOT die.

And through the following three entries directed by Craven, these characters endured but more importantly endeared – the likes of Sydney Prescott, Gale Weathers and Dewey Riley were vivid and alive in a way that most horror characters just weren’t. From high school, through college and Hollywood and, shudder, YouTube, these three were the backbone, life blood and heart of the franchise, together with a collection of friends that didn’t all sadly make it this far, that really set Scream apart from its peers: in almost every other slasher you rooted for the bad guy. Not so here.

... a highly competent remake of the first film

And the main draw of this new entry by Matt Bettinelli-Olpin and Tyler Gillett (Ready or Not, Southbound, Devil’s Due) was that returning cast – they’re front and centre in all the marketing and it was with almost gleeful relish that a return to Woodsboro with Neve Campbell, Courtney Cox and David Arquette now twenty-five years after it all began would bring more smarts, more chills and just more… and yet immediately, I felt cheated.

Of those OG three, two are little more than glorified cameos, dropped into the film to give it the tiniest link back to its origins, to draw in cinema goers primed for drinking the nostalgia Kool Aid after a year of Ghostbusters, Halloween and a myriad of other dusted off old-school Hollywood franchises. And this translates into their performances – Arquette is great, the last few years are really felt and the emotion of his situation is brought nicely to bear by the actor; but Cox and Campbell have so little to do, they struggle to bring much energy to the roles. I really wanted to know what had happened to these characters in the intervening decade, to know the impacts of the last four films on them, to see how damaged they were, to basically know they were… just okay. But for at least one of them, there’s not even a mention of a life, nothing whatsoever outside of a name of a partner mentioned in passing twice, to give any indication of what’s happened to these characters since the last film. And it severely cheapens their presence.

Now, before we continue, here’s where a breath is needed…

It’s a highly competent remake of the first film. Down to structure, locations (VERY much the locations) and even narrative, its notion of a ‘requel’ (part remake, part sequel) is both very on the nose and horribly accurate. Ghostface is back in Woodsboro, this time dispatching a raft of new high schoolers with some tangential links back to events in the first film. And as far as plot goes, that really is it.

The new cast are patchy – while the twins (Randy Meeks’ niece and nephew, Jasmin Savoy-Brown and Mason Gooding) channel the effervescent spirit and energy of the original cast really nicely, Melissa Barrera (In the Heights) is a bland lead, dumped with a strange backstory that feels like it should be cleverer than it actually is, and never really developing her as a character outside of the events forced upon her by everyone’s favourite masked killer.

The film is certainly the most brutally violent of the franchise – blood is painted on everything, no opportunity missed to use seven or eight violent and graphic punctures where one would suffice. Blades are shown entering and exiting body parts in excruciating close up and it’s a pleasant surprise to see the film not shy away from its 18-rated origins. But the kills themselves are a mixed bunch – for every hospital corridor-based stunningly staged and emotionally damaging gutting, there’s a horrifically drawn out, red herring-stuffed, bait-and-switch, the most heinous example being the scene where Dylan Minnette (Prisoners, Let Me In, Don’t Breathe) opens his fridge in full view of the camera, teasing the reveal of who’s behind the fridge door to the point where the audience is screaming at him to “shut the bloody door!”… only for him to walk to the other side of the kitchen and do exactly the same with another fridge…

... for everything it gets right, it drops the ball on something else

Finally, the franchise is known for its quite brilliant list of curated songs: from introducing the world to Nick Cave’s Red Right Hand, Eels' Your Lucky Day in Hell and even Creed’s What If, the previous films had an eclectic but superb list of songs on their soundtracks. Brian Tyler’s soundtrack here is perfectly perfunctory, but with little reference back to some of Marco Beltrami’s classic themes of the franchise, the complete absence of those memorable soundtrack songs here hits even harder.

And that’s the essence of the film – for everything it gets right, it drops the ball on something else. And therefore this is why, dear readers, a single number score for this is proving very troublesome to this reviewer. Scream is a franchise held rightly in the highest of regard. And expectations therefore are rightly elevated. However, viewers who want to come to this entry to find a solidly crafted genre piece, with blood and kills aplenty and little else, I’ve no doubt will find much to enjoy and as much enjoyment in the pooh-poohing of the final score given. Which, of course, will be perfectly appropriate for this modern age and even the film’s own notion of ‘fandom’.

But Scream should be better. It should continue to break new ground within the genre, reinvent not rehash. And sadly, this is very much the latter rather than the former. Misunderstanding what made the franchise in the first place – its indelible characters – was its first and biggest mistake, one this film sadly never recovered from.