One of those must see features 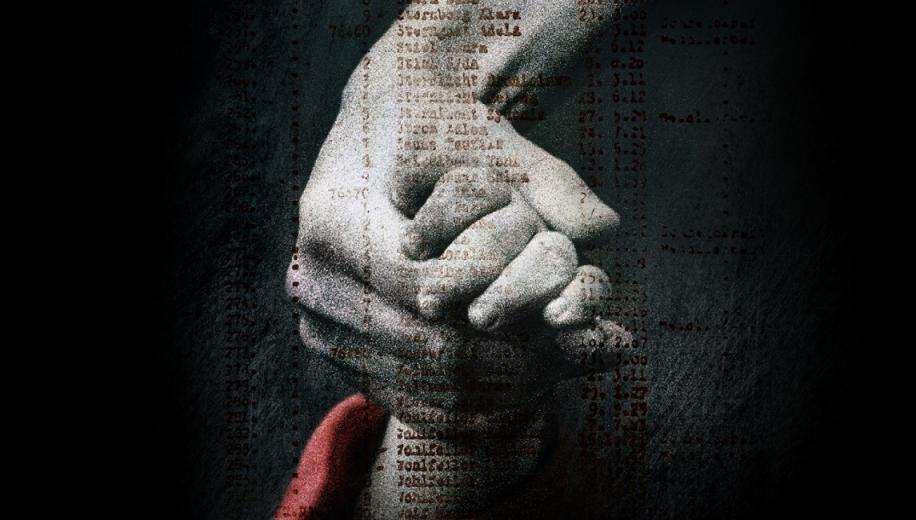 This list... is an absolute good. The list is life. All around its margins lies the gulf

A while back I compiled an article about films that only need be watched once. Tonight’s feature nearly made that list but for one thing: hope. For while Schindler’s List is harrowing, uncomfortable and emotionally draining to watch, it is ultimately about hope – the good in all the horror – that one person can make a difference. And because of that, despite the bleakness, that ray of light gives a satisfactory feeling of wanting more; the film invites second viewings and indeed ought to be seen more than once, lest we forget the darkness that at one time threatened the world.

Director Stephen Spielberg was, perhaps, the only person suitable to helm this film; still young enough to take risks, but mature enough to treat the subject matter with the respect it needs. Using a stark black and white film stock, and an up close and personal filming style so that, at times, you are in the crowds and in the horror. He also gets the very best out of his cast, with Liam Neeson, Ben Kingsley and especially Ralph Fiennes giving stunning performances.

The film, celebrating its 25th Anniversary, won a slew of Acadamy Awards upon its initial release, including Best Film and Best Director; and it is easy to see why – the story, the heart and the purpose of the narrative is right there in front of you. There is no attempt to play with your emotions, it doesn’t have to: the theatre of the drama is plain to see. Put simply Schindler’s List is one of those must see features. Schindler’s List was shot using a combination of Arriflex 35-III, Arriflex 535 and 535B cameras on 35mm film. The source for this release was made in 2018 using the original camera negative which was scanned at 4K resolution and utilised for the creation of this Ultra HD Blu-ray release. The disc presents a native 4K 3840 x 2160p resolution image in the widescreen 1.85:1 aspect ratio, and uses 10-bit video depth, High Dynamic Range, and is encoded using the HEVC (H.265) codec for both Dolby Vision and HDR10. We reviewed the Region free UK Ultra HD Blu-ray release of Schindler’s List on a Panasonic 65DX902B Ultra HD 4K TV with a Panasonic DMP-UB400 Ultra HD Blu-ray player.


This image is absolutely stunning

The new scan has revealed a blistering image that brings out detail previously unseen; close up skin texture, worn and dirty clothing weaves, newspaper writing, brushstrokes in paint: the finite detailing is absolutely magnificent. Landscape shots have a stark majesty, and claustrophobic or intimate close-ups are rendered even more oppressive.

HDR gives the greyscale even more punch; the blacks are even darker, with more shadow detailing available that push the frame even further. The white end is given more to work with, so that flesh tones appear sepia, at times, highlights (such as glints in the mud, metallic sheen or skies) are bright with detail and push the image out. The result is something incredible.

The colour scenes that bookend the film are suitably toned down in nature, thus the primaries come across strong, but not bold, deep but not vivid. And the same can be said for the red jacket, which has a darker, more sombre tone to it, making an already difficult scene, somehow worse.

The original source is clean without issue and there are no compression problems either; I did spot a very brief bit of shimmering on a striped suit but nothing to worry about. There is a pleasing grain structure throughout as well, very occasionally it crawls in very bright areas in a darkened room (windows for example) but if this draws your eye then you ae not engrossed in the film. This image is absolutely stunning. The Dolby Atmos track afforded this film is one of natural understanding. There is a forceful oppression to the surround track that relies on the layered effects while maintaining a very naturalistic surround field. So when you are within a crowd, you have voices, shuffling feet, hustle and bustle pushing down on you; when a train pulls away the wheels recede as the steam rises around and tannoy announcements come from above; gunshots ring out but do not overpower and factory machinery surrounds the room.

Dialogue is very natural sounding and given all the directionality it needs, while never getting lost in the mix. Ambient effects place you in the centre of the action. Bass is limited in that it is not bombastic, but natural, helping to fill out the low end, but without being overbearing. It is a beautifully crafted surround track that matches the visuals perfectly. The set comes with 3 discs; the UHD and one Blu-ray hold nothing but the film, the second Blu-ray houses all the supplementary features, some new, some previously available.

Schindler's List: 25 Years Later – A forty minute feature that encompasses an on-stage Q&A with Steven Spielberg, Liam Neeson, Ben Kingsley, Caroline Goodall and Embeth Davidtz, moderated by (film critic) Janet Maslin, intercut with film clips and behind the scenes footage that ends up being a faithful and engaging discussion on the making of the film, its themes and importance as well as a reunion of the cast who discuss their time and feelings about being in such an significant film. New for this release.
Let Their Testimonies Speak - Stronger Than Hate – A four minute introduction, of sorts, with Steven Spielberg expounding on the importance of love over hate and violence. New for this release.
Voices From the List – Feature length documentary with Holocaust survivors telling their heart wrenching stories; at times more difficult to watch than the film.
USC Shoah Foundation Story with Steven Spielberg – Five minutes with Spielberg explaining why working on the film inspired him to establish this society dedicated to preserving the histories of the survivors while assisting to overcome some of the injustices wrought.
About IWitness – Four minute promo for the online site. Schindler’s List needs no introduction. A multi award winning film whose ultimate message of hope against unsurmountable horror is simply a must see film. Told by Stephen Spielberg when at the top of his game, everything from the performances, to the script, to the stark black and white film stock make this film the masterpiece it is.

As a 4K UHD, the set from Universal is terrific, the newly scanned native 4K image is immensely impressive, showing finite detailing and an unprecedented greyscale that renders the stark photography out of this world. The Dolby Atmos track opens up the surround field with a natural attention to detail that mirrors the picture in its authenticity. There are a mixture of new and old extra features making this an essential purchase.