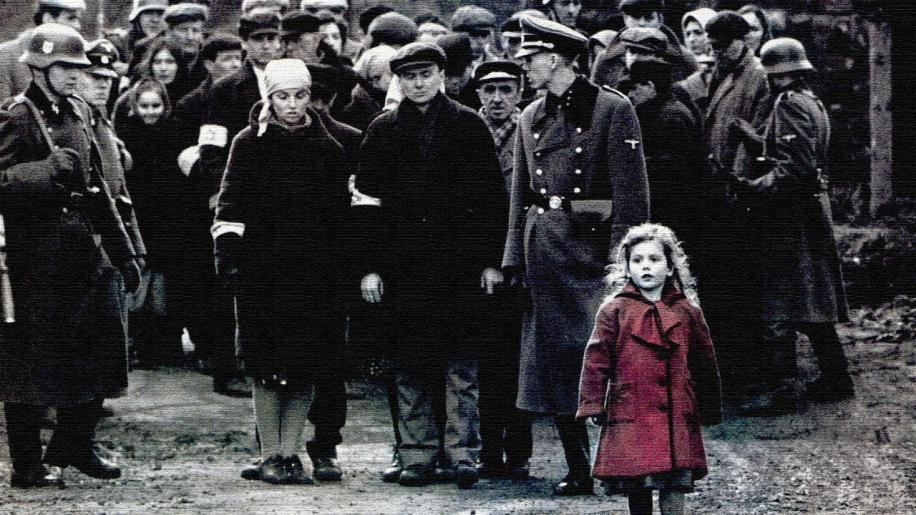 Presented in anamorphic widescreen, this 1.85:1 presentation remains true to the theatrical presentation. Possessing a wide degree of contrasts, the black and white print retains a high level of fine detail and strong, deep blacks, which is a relief as without these strengths the transfer would undoubtedly be something of a dog. Edge enhancement only raises its head occasionally, and never is it distracting, however I did notice a handful of scenes have an edge of softness about them. It's not bad, but it's just not quite as sharp as some of the newer movies we see today.

Grain features highly in almost every scene, with a pervasive edge to it that whilst some may find it distracting, is surely the intention of the director (I remember it being like this in the cinema, although it's been noted elsewhere that the NTSC laserdisc doesn't appear as grainy as this release). Luckily for us there seem to be no encoding problems which is no doubt helped by the movie being split across two discs, and only the odd visible scratch here and there betray the age of the print.

Overall this is a reasonable video transfer that remains faithful to the original source material. It won't win any awards and isn't quite up there with the best, but it's still a solid affair. It's also worth noting that the film is spread across two discs, with the final hour of the film being placed on disc 2. Presented here are two soundtracks, with the choice of either DTS 5.1 or Dolby Digital 5.1. Regardless of the mix of choice, the sound presentation is more functional than anything else. Lacking somewhat in dynamics, what we do have is a solid front stage with voices ever clean and crisp and anchored to the centre channel. Steering across the front soundstage is as precise as one would expect, with the left and right channels providing good support for the centre, with a strong mid-range presence that serves the movie well.

Bass, however, is somewhat lacking. It is present in a number of scenes - the emptying of the ghetto for example, but there are also a number of times where I expected there to be bass but there wasn't: gunshots for example, sound like they could do with an LFE kick to them. Surrounds, too are rather quiet, though during some major scenes (i.e the ghetto scene) they kick into life as mayhem erupts onscreen and around us. John William's evocative score also makes use of the surrounds, wrapping the viewer up in the sombre layers of music which really adds to the atmosphere.

Are there differences between the DTS and Dolby soundtracks? Well yes - DTS has a slightly greater low end kick (which is needed) and a touch more punch in general - but it is a difficult one to call, especially when you can't change the audio on-the-fly; to make any changes you have to navigate back through the root menus, which makes any comparisons very difficult to make. The other thing that's worth noting is that when selecting DTS on disc 2, the DTS intro appears again - to say the least this is annoying and disrupts the atmosphere of the movie (as if swapping discs isn't bad enough).

Overall not a bad effort and worthy of the film, but it doesn't have any “wow” factor compared to many of today's releases. That said, given the subject and tone of the movie, the audio really is a secondary consideration. One would expect there to be a wealth of extras on offer, but in fact the pickings are rather slim. It goes without saying that Spielberg is conspicuously absent in the majority of the content, though for most this will come as no surprise. We kick off with the meat of the extras, an almost 80 minute documentary called “Voices from the list”. Featuring actual survivors from the Holocaust, this is essentially a series of eye witness accounts of the horrors they endured; this is a sobering, informative piece, and every bit as harrowing as the movie itself (and in many ways even more so). Following this is “The Shoa Foundation Story with Steven Spielberg”, a 12 minute featurette where we learn of the conception of the foundation and its reasons for existing (and it's not just about the Holocaust) - for some reason I was hit with a sense of déjà vu while watching this, and I seem to remember this being at the beginning of the VHS release?

Aside from the 2 documentaries we get pretty much nothing else - there's the usual filmographies and a brief section giving some more information on Oskar Schindler to finish off the extras package. So not a lot, but what there is is quality stuff - and I'd take one quality documentary over a dozen promotional puff pieces any day.A truly movie epic that bears witness to one of the darker times of our modern world. The DVD presentation is worthy of the film, and equally worthy of being in any DVD collection. Highly recommended.