Whoever saves one life, saves the world entire. 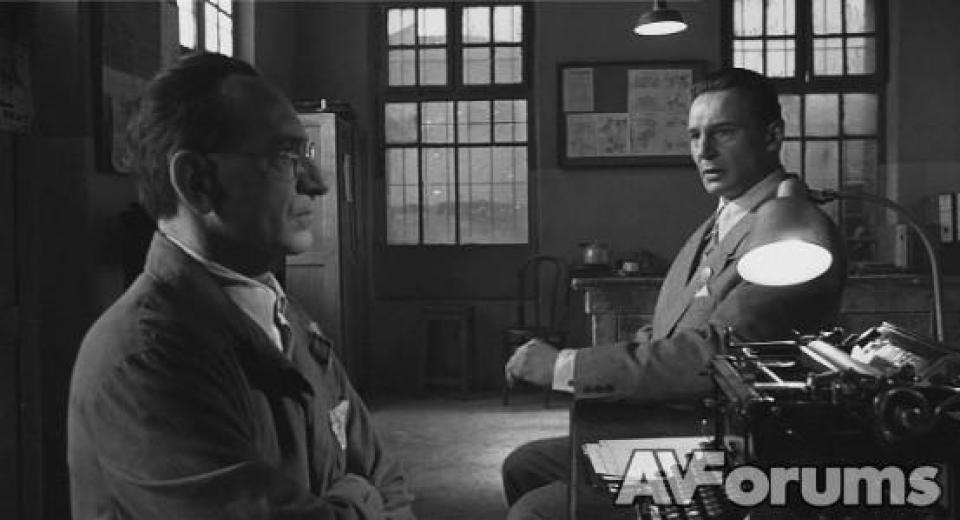 In terms of picture, this is probably the best black and white film ever made. The combination of modern cameras and stock with a high level of expertise in lighting and designing the sets brings out more detail than you would think possible. This re-mastered 1.85:1 MPEG-AVC transfer is absolutely stunning as well. Check out the tight checked pattern on Schindler’s suits. Any image interpolation would have resulted in false patterning, but here, none is to be seen. There is some film grain, but it is not intrusive and only helps to add to the mood.

Monochrome is very hard for colour displays – particularly plasma and LCD, where the finite number of brightness steps make solarisation and banding a very real issue. Make no mistake, on a decent, well set up display, this movie looks great, but if your screen is overly bright or the gamma incorrectly set, things will fall apart quite rapidly. The brightness range is quite severe, with many scenes exhibiting almost peak white to full black across the frame. This can make things feel over contrasted at times, but it is just about controlled.

The set designers used contrasting light levels to bring the performers into the foreground, This was an established trick in the early days of cinema, largely forgotten with the advent both of colour and also better lenses with tighter depth of field. Spielberg used mainly hand held cameras, brought very closely into the scenes, avoiding sweeping wide shots and not using any crane shots at all. By bringing the viewer in closer, the movie feels more real and all the more terrifying, almost offering a first person view at times. Many movies since have copied this style, but this remains the best example of the genre to date. The DTS-HD MA 5.1 stream carries a subtle sound mix, with just occasional effects and gentle ambience for the main part. The gun shots, screams and executions come across with quite high levels of dynamics, but as with the rest of the movie, it is well produced and feels like it matches the pictures. Dialogue is crisp throughout and never gets buried, even during the loudest passages.
The score, written by John Williams is a perfect fit to the movie and won an academy award. The use of mainly simple orchestration and traditional instruments also adds to the authenticity of the film, while the haunting theme played on violin adds to the feeling of sorrow and intense loss. There were some well publicised gaffes with some of the music chosen to accompany the original score, with various modern Jewish folk tunes used that did not exist at the time the film was set. These can be overlooked by the casual viewer and certainly none of them grated with me. There are various editions of this movie available and we reviewed the UK 2 disk SKU “Digibook”. This houses the discs in a cardboard sleeved “book” that contains additional production notes. The disc specification and ultra-violet codes are printed onto separate inserts, so do not detract from the packaging, but are easy to lose after the wrapping has been removed.

The extras themselves are a little disappointing, having been lifted almost wholesale from the 2004 DVD release. We get the 100 minute long TV documentary – Voices from the list. This is a moving tribute from the Schindlerjuden, filmed back in the mid-1990s and intersperses their comments with shots from the filming and footage from the time.

The other two shorts are really more American centric, as they concentrate on the Shoah Foundation and IWitness schools programs, both of limited interest in the UK.

Whether a “Making of” would have been right for this disc is a moot point, but the extras as they stand feel weak compared to the film itself. Without doubt, this is a must see film, and this Blu-ray transfer is an excellent version to own. It may make uncomfortable, harrowing viewing, but it is still compelling despite the duration of more than three hours, does not feel stretched or laborious.

Technically, this film is a masterpiece of the art of black and white cinematography. The level of detail and resolution is just stunning, while the sound track is haunting and filled with sorrow without sounding melodramatic.

If you do not own a copy of Schindler’s List, I cannot recommend this Blu-ray highly enough. It is an excellent re-mastered transfer and is originally and sensitively packaged.