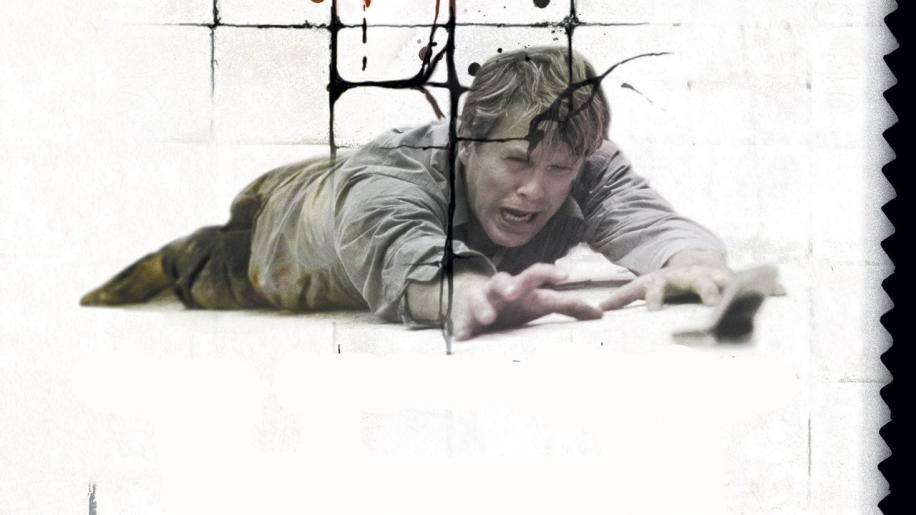 Such a challenging picture here as so much of the movie is set in very dark locations but this disc renders those scenes brilliantly. Black levels are superb and as deep as I've seen with only the smallest of detail struggling to reveal itself occasionally. Grain is low (except where intentional) and there is little to no edge enhancement visible. The scene where the doctor's daughter thinks she is not alone in her bedroom is a perfect example of how well this disc handles the darkest of scenes and captures the details within it.

The aspect ratio of 1.85:1 is perfect for our 16.9 widescreen displays and is as the movie was originally shot. This does slightly lower the cinematic feel compared with wider aspect ratios but as this movie was initially intended to be a 'straight to video' release, I can understand the reasoning. Anyway, if those black bars annoy you then this will suit you just fine. Colours are slightly muted but this is almost certainly intentional to help create the squalid atmosphere of the film. But come the blood and you're in no doubt of the colour as reds are bright and vibrant and jump from the screen.

Overall, this is a very challenging movie with plenty of dark, dark scenes and is handled beautifully by the quality of image offered by this disc and is also backed up by a healthy bitrate average of 8.50Mbps. Excellent. The sound on this edition of Saw has had a considerable amount of love and attention dedicated to it. You have the option of either Dolby Digital 5.1 EX (matrixed centre rear channel) or DTS 6.1 ES (discreet centre rear channel) plus of course Dolby Digital 2.0 stereo. Being dialogue driven, you would be forgiven for thinking that this is a little bit of overkill for Saw but you'd be wrong. Both options offer superb clarity, incredible dynamics and an eerie ambience created by the surround effect that really puts you on edge. Voices are exceptionally clear and even during the more difficult scenes, you can always hear what's being said.

Occasionally, the movie requires a dramatic jump from near silence to massive dynamics, obviously to scare the life out of you, and this is handled easily by these soundtracks. The DTS version is considerably louder as is usually the case, but also the placement of effects is much more pronounced especially if you have the option to take advantage of the ES soundtrack. But if you only have the option of Dolby Digital, do not feel too hard done by. This still sounds excellent and I found myself listening in Dolby late at night as it doesn't have the volume of DTS, yet still carries the same clarity and weight. It just goes to show that most if not all movies can benefit from an enhanced soundtrack, not just the action blockbusters. Saw sounds fantastic and this certainly helps to increase your tension and ultimately, your appreciation of the movie. Lets not beat about the bush here, this disc is loaded with supplemental material and is presented in a truly original way. The first thing that grabs your attention is the packaging itself. The clear plastic jewel box has a unique cover which actually contains what appears to be a layer of blood and a round saw blade between the cover and the cover's image. This blood and blade move around the cover as if real and is unlike anything I've ever seen and is very, very cool.

Spinning the extras disc itself, you are greeted by an rather unusual menu page made up of spooky illustrations and eerie music. Select the first option, titled 'Dissection' and you go to the first sub-page with the following:

This shows a sequence which although in the actual movie, is somewhat more elaborate and detailed here. Introduced by James Wan who you instantly notice looks extremely young to be directing such a well crafted movie. It is made by mixing parts of the actual filmed sequence along with sketched illustrations that are animated crudely but you get the idea of what was intended. The scene itself shows when Detective Tapp and his partner are close to capturing Jigsaw but all does not go according to plan. Next we have:

This was what James Wan (Director) and Leigh Whannell (Writer) created to show to the movie studios when trying to get backing for the film. It shows a few of the actual scenes from the movie but acted out by Whannell. It lasts about nine minutes, has a Dolby Digital 5.1 soundtrack and gives a pretty good impression of how the final movie will look. One piece of trivia is that the 'reverse bear trap' contraption used in one scene was an actual working prop made with real rusted metal and could have actually done what the scene depicts. Ouch! Following on from this we have:

This contains illustrations and paintings depicting character, scenes and locations in the movie and work in a similar way to storyboarding. It gives the makers an idea of how something will look before they have to actually create it and the images are shown to some brooding music. Next is:

This is a Behind The Scenes featurette and is sub-divided into three sections creatively titled; Bone: Pre-Production, Tendon: Production and Skin: Post-Production or you can select Play All which I chose. Interviews with Leigh Whannell and James Wan explain how the movie came about and how Whannell's original story developed into this movie. Other contributors include the Producers who tell us how they where so impressed when they saw the short film that they offered to start making the movie in 8 weeks and that Wan could direct and Whannell could star. We see how little rehearsal time the actors had, how quickly the sets had to be made and how little the budget was. Even the aspect ratio used was dictated by cost! The cost of extra lighting, bigger, wider sets etc. if a wider, more cinematic ratio was used. Incredible. It is not so much a Behind the Scenes as a complete 36 minute making of Saw documentary is truly fascinating. Just below this Behind the Scenes option is an Easter Egg in the form of the puppet character which when you click on shows you a short tongue in cheek documentary on this character with words from the actors on how he performed. Going back to the main menu page we then have the second option which is titled 'Further'. This takes us to more options, the first of which is called:

This is a documentary based on a supposed 'real' Jigsaw killer. It isn't, it's about our movie Jigsaw but is still quite entertaining all the same. It Features news reports, police interviews, taped emergency service phone calls from victims of the Jigsaw, interviews with friends and neighbours of the victims and suspects alike and investigative reporting on who the Jigsaw may be. The running time for this is about 14 minutes. Then we have:

This is a trailer for the sequel, aptly named Saw 2 but centres around one scene from the movie and is somewhat similar to the 'reverse bear trap' scene from the first. Interestingly, Saw 2 has a new director, Darren Lynn Bousman, but writing credits still go to Leigh Whannell. Lastly on this page is:

This is for use in DVD Rom drives and allows you to create your own puppet, select an audio comment for him to make in the voice of the movie puppet such as “Live or die, it's time to choose” and then email it all to a friend (or enemy may be more appropriate) how lovely! Finally we have on the main page:

This page features items from the movie such as the gun, the reverse bear trap, a razor bade, a safe and a saw. Click on any one of these items to be taken to the following trailers: Saw - Trailer for a horror movie titled 'High Tension', Gun - Trailer for the movie 'Undead', Razor blade - Trailer for Saw 2, The Safe - Trailer for 'Dark Harvest 2', The Reverse Bear trap - Ghost watcher 2, and the Chain - Desperate Souls. The final icon is the 'X' on the wall which is for the short film titled 'Saw in 60 Seconds'. This is a minute long condensed version of the movie using dolls for the characters and sound footage from the actual movie and is mildly amusing. Lastly we have two Audio Commentaries found on disc 1. The first features James Wan and Leigh Whannell and the second features the Producers, Mark Burg, Gregg Hoffman and Oren Koules. The first is very interesting and entertaining as both Wan and Whannell obviously have a real passion for this movie and know it inside out. The second is not so interesting or entertaining and my advice is stick with the first. On this page you will also find another Easter Egg. 'Saw in 60 Seconds: Take 3' again shows the movie using dolls and in only 60 seconds.

That about wraps up the extras but I really enjoyed the majority of them especially the behind the scenes documentary which is very enlightening. Recommended viewing. Saw was the small movie that made it big. Originally made to be a straight -to- video production, it was only after massive interest from The Sundance Festival that they decided to give it the theatrical release it deserved. It is a good movie and a well made one. Like The Blair Witch project, Saw has gained almost cult status among fans of the genre but I just cannot help but feel that the story itself could have had a little fine tuning so as to have rounded it off a little better. The ending and a few of the characters let it down but I can still recommend it as one to watch and let you make your own mind up about the ending.