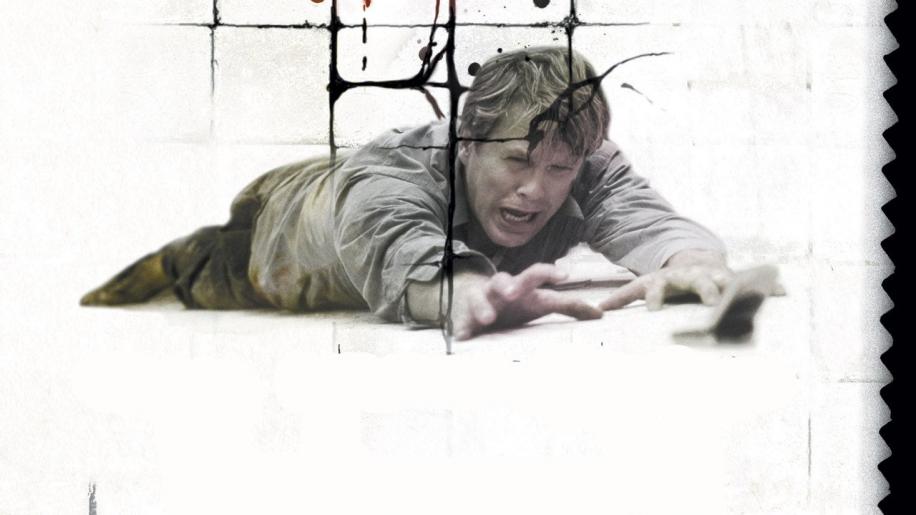 The budget nature of this movie really shows in the picture department. There is a whole warehouse full of grain, here, dot crawl and artifacting, too. Colours are diminished in vitality appearing slightly flat. This is more obvious in the comparatively colourful “real world” scenes than the Gieger-esque monochrome of the main bathroom set. Saying that, the sorry state of the picture does add a certain ambience to this kind of budget horror flick. So, despite the low score, the picture quality does work in an illogical kind of way. Now, then, this was a real surprise. I don't know who mixed the sound on this disc, but it is fantastic. From the well realised “Twisted Pictures” logo to the shriek of a hacksaw against chains, Saw has good sound quality nailed. The DTS ES 6.1 track is about 3db too loud in the bass region and 2db at other frequencies compared with the DD EX one. Every speaker will be given voice, especially those with full 7.1 systems. This is one of only a handful of movies that really benefits from the 7.1 speaker arrangement. However, therein lays a quandary: The quality of the DTS track is demonstrably superior to the DD one, having much cleaner treble and punchier bass (after volume correction). But the DD one is mixed with more finesse, more side to rear speaker activity and front to rear pans. Listen to the opening scene when Adam wakes up from the bath tub. The DTS track locks the voice to the rear speakers, while the DD one reverbs around the rear four creating a more palpable “bathroom echo” effect. However, musical queues are handled better by the DTS track, the DD one sounding slightly thinner in timbre. Personally, the better mix, and more even equalisation of frequencies, of the DD track won it for me, but it was so close it nearly made no odds. Not much, here. The commentary is very good, though, arguably better than the movie itself. Both Director and Screenwriter have a close understanding of one another and get along very well. This is one of the few genuinely funny commentaries out there which makes me think that perhaps the inevitable Saw 2 should be a comedy. A music video and short making of... documentary are also included, but aren't particularly engrossing. There are some outtakes, which are mentioned in the commentary, that would have made superb extras, as would the initial short movie used to sell the idea of saw in Hollywood. This movie should have been so much more. There is clearly a creative spirit in the duo of Wan and Whannell, but Saw seems too thin, too loosely hung together, to allow this spirit to shine. While it may seem churlish to criticise such a budget attempt, you only need look to Duel to see how a budget movie can work, and can have good character development.