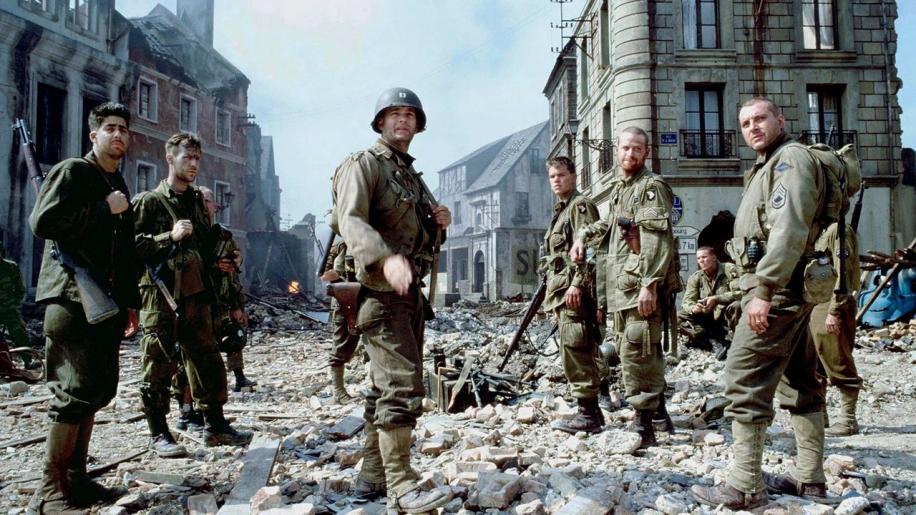 Presented in anamorphic 1.85:1, the image comes across exactly as the director intended. Unique in it's style, grain and scratches are evident throughout many scenes (most notably ones involving combat), although this is clearly the intention. The film itself is almost devoid of any colour, and all of the scenes have a washed out appearance, which is faithfully reproduced. Many scenes take place in murky conditions with lots of shadows present, and shadow detail is retained to a good degree. The print is artefact free with no perceivable digital problems or dot crawl. The detail in this DTS mix is very revealing: even though the air is often full of thousands of bullets, it feels like you can hear every single one of them landing. Its worth noting that the DTS soundtrack is far superior to the Dolby Digital version (the exception in my general view on the DTS vs DD debate), feeling more open and detailed, particularly in the surrounds. LFE is on a par between the two mixes. It's also worth noting that although voices in some scenes can be difficult to make out; this is clearly the intention of the director: this generally affects battle scenes more than anything else.

Even in the quieter moments, the soundtrack is engaging with all channels filled with ambient noises (witness night in the Church, and the distant battles in the background), and one of my favourite moments is the chapter which begins with the leaves and the rain storm - atmospheric stuff.

Music is sparse but well placed, and is of a suitably sombre tone, and serves to compliment the overall soundtrack.(NB: dts and Dolby Digital mixes are available on separate editions of this disc).

The extras are somewhat of a disappointment in this edition. We have 2 theatrical trailers, presented in Dolby Digital, the obligatory Production Notes, Biographies and an Exclusive Message from Steven Spielberg (essentially Spielberg extolling the virtues of peace wrapped with a fund raising message). Surprisingly, the "Into The Breach" documentary which is present on the Dolby Digital edition (and makes for a good watch, it's not just a promo puff piece) is lacking on the DTS disc, a decision no doubt based upon the increased space that the soundtrack takes up.

All in all, this is begging for a 2-disc Special Edition to be produced.A benchmark movie in more ways than one, it makes for uncomfortable but thought-provoking viewing. The sound is simply Stunning!