Save The Green Planet DVD Review 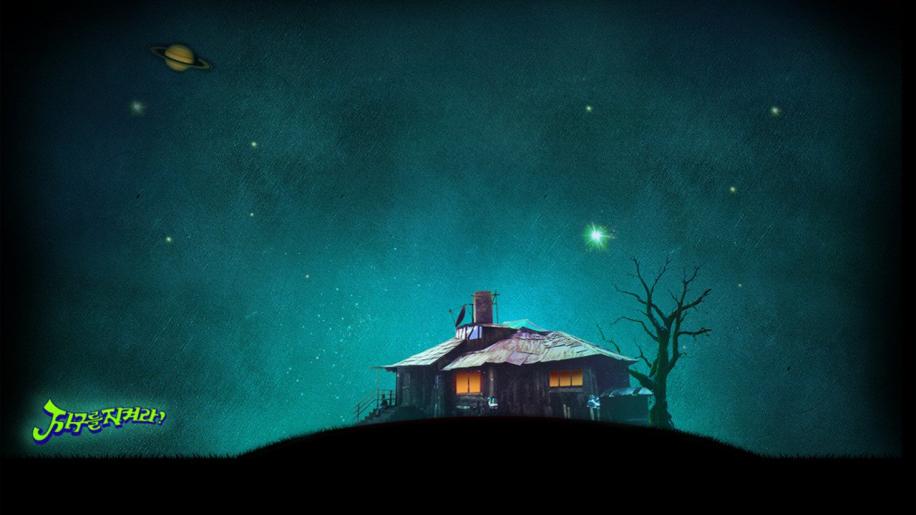 This transfer is a superb one, boasting an extremely colourful noise free print. It's actually a little tricky to comment on the picture as the cinematographer uses so many different styles of shooting and post production fiddling to change the look of the movie, not just from scene to scene, but from moment to moment. The story is muddled and jumps around a lot, and so does the imagery (in an Oliver Stone stylee eg. Natural Born Killers and U-turn). In some scenes the picture is soft but I'll give it the benefit of doubt that it was deliberate. Skin tones seem correct in exterior shots as do the greens and blues, with the Korean countryside and skyline being shown off beautifully, but anything goes when inside. There's so little continuity of lighting and film stock that you don't know where you stand. But it all looks good. Blacks are deep throughout, and there's good shadow detail. It's a very fine picture. Loud and and proud, the soundtrack is a winner. The Dolby Digital 5.1 track and the DTS are both dynamic and exciting. You won't be disappointed with either. The soundstage has plenty of depth with panning used to great effect, and has fantastic separation. Subtle noises like the fizz of alka selzer in a glass, dripping water and even the smack of a person's lips are exceptionally well implemented. Very atmospheric. All the channels are used throughout, not just the centre channel, and the woofer really erupts into life during action scenes. The music is punchy but never swamps the dialogue or effects. The main character (and the director methinks) has an obsession with the song 'Over the Rainbow', with several versions being played constantly throughout, beginning with a rock version over the opening titles. You'll either be whistling it for days afterwards, or you'll be breaking windows and setting fire to your teeth trying to get it out of your head. You have been warned! The first disc has the theatrical trailer and a commentary with director Jun-Hwan and lead actor Ha-Kyun. They chatter away in Korean and it's subtitled in English. The commentary is good fun and easy to follow, and illuminates parts of the film that were difficult to understand, particularly regarding cutural issues and their translation.

The second disc is devoted entirely to extras. It has a substantial eight part 'behind the scenes' documentary that is also entertaining. The people involved aren't too sycophantic and give a good account of their involvement. It covers everything from the conception of the first idea to the final post production tasks. Practically everything involved is covered. It clocks in at one hour and forty minutes so you certainly have plenty to watch. Interestingly, the director Jeong Jun-Hwan mentions that he was a big fan of Misery and that he wanted to make a film that would show the Kathy Bates character's view of events, and you can see parallels in the film throughout. There's about an hour's worth of interviews on the disc. The first one with the director is amusing and informal as he wanders around his house talking about props and knick-knacks that he pinched from the set. This was his first feature film and he's quite gleeful regarding it. The other interviews don't bore either, and are well illustrated with clips from the film. The actors get their say, and one of them, Shin Ha-kyun, answers videotaped questions from his fan club. Other Korean directors' are interviewed at the film's premiere and give their opinions, and the interview segment ends with Jun-Hwan talking about another film he made, 2001 Imagine, which is another movie about a deluded protagonist (this time a Korean who thinks he's John Lennon!)

A short film by the director called The Lazy Mirror is also included as an extra on this disc, and it's a stop motion picture about a dancing wire doll. Maybe some people will go ga-ga over it (hey, it's ART!) but I thought it was garbage. On the basis of it, I wouldn't even have hired him to film a school play, but someone obviously showed faith in him! And from small acorns grow tall oak trees and all that. A selection of deleted scenes follow and have an introduction by the director which elucidates the reasons for their removal. None stand out but they make good viewing. The studio certainly didn't skimp on the extras so it gets a definite two thumbs up here. It's an entertaining film from an imaginative director with a lot going for it, only let down by it's muddled storytelling, oh, and a sense of deja vu - it's all familiar (asian cinema) territory. It's got a first rate transfer and the second disc has plenty of good extras so it gets a higher mark for that reason. Fans of quirky asian films will lap it up.