Butch Cassidy and the Sunstoned Kid 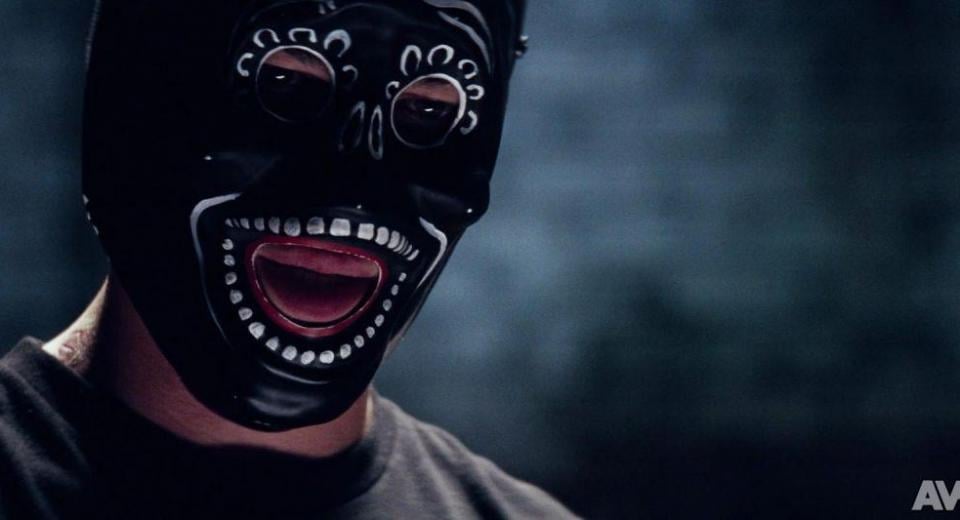 This Region Free UK release of Savages boasts a stunning 1080p/AVC High Definition video presentation in the movie’s original theatrical aspect ratio of 2.4:1. As noted in the main review, it’s the first time in 18 years that Stone’s worked with a Panavision anamorphic lens, and Dan Mindel’s cinematography looks fantastic, perfectly capturing the sun-drenched Californian scenery. Detail is near-perfect, with impressive facial detail, skin texturing, clothing weaves and background touches, all the while offering up no edge enhancement, unwieldy DNR, or other digital defects. Excessive noise is never an issue – of course the varying film stocks do mean that grain levels fluctuate between the various stylised shots (c.f. the black and white moments). The colour scheme is broad, bright, vibrant and vivid throughout, the wide range of colourful tones rendered lovingly, up to and including some deep, solid blacks. Just shy of sheer perfection, this is a demo quality video presentation through and through. The accompanying DTS-HD Master Audio 5.1 track is just as impressive, keenly balancing aggression with nuanced dynamics. Dialogue comes across with precision, clearly and coherently emanating from the fronts and centre channels and never getting overwhelmed by the other elements on the track. Effects are wide-ranging, with Stone’s inimitable style-frenzy form of direction allowing for plenty of thundering jumps, swooshes and implemental effects to be bombarded down upon you. Body blows, gunshots, and the occasional Improvised Explosive Device up the ante across the proceedings, and allow for some expansive use of the surrounds. Even the smaller touches are well-represented, with wonderfully ambient ocean-side coverage and keen atmospherics. The LFE channel also gets some fair input too, not just pounding at your during the more over-the-top moments but also allowing for a thrumming, warm undercurrent. The score is chop-and-changed in typically Stone style, and also gets decent presentation across the surrounds. Overall an excellent, immersive presentation that’s easily demo quality and probably just shy of a perfect-10.

As you would only expect from an Oliver Stone movie, there’s a whole wealth of extras included in this package; from two Commentaries to two cuts of the movie (as is discussed in detail at the end of the movie review) to a handful of further Deleted Scenes and a Making-Of Featurette. You couldn’t really ask for much more.

Commentaries
Anybody who has every listened to a solo Oliver Stone Commentary will know what to expect from the first track – the director is a quiet, reserved and thoughtful narrator, who takes you through myriad different behind-the-scenes events; talks about the source material, his cast and his style at great length, and somehow manages to be both frustratingly stop-start and also largely compelling.
The second track, provided by Producers Eric Kopeloff and Moritz Borman, Writer Don Winslow, Executive Producer/Co-Screenwriter Shane Salerno and Production Designer Tomas Voth is probably the preferred choice for many, not just because of the multiple talking heads, but also because of the involvement of the colourful writer of the original source book, Winslow. Whilst you tend to lose track of who’s who, this is a faster-paced and more info/trivia-packed alternative.

Making-Of Featurette
Stone Cold Savages runs at thirty-four minutes in length and is split into five parts: Origins; The Savages; Real Savagery; A Savage Set; and Savage Cuts, all of which, despite being far too ‘savage’ basically speak for themselves. There’s a look at the book, the setting, the cast, the shoot and the final cuts. It’s oftentimes fairly fluffy, but there are a few nice cast/crew interview snippets and there is some decent and interesting information to gain from sitting through this half-hour offering.

Deleted Scenes
Here we get a further sixteen minutes of Deleted Scenes, split into 9 new scenes, none of which really needed to be returned to either cut of the movie, but some of which make for an entertaining one-watch here. There’s an odd little flashback to Chon’s childhood; some extended moments with Hayek’s boss; a few minor exchanges regarding Ben and Chon’s fallen comrade; some more plotting about the ambush; and more from del Toro’s slimy enforcer.

With a certain hyperkinetic, Butch-Cassidy-and-the-Sundance-Kid-smoke-weed feel to it, Oliver Stone’s latest movie marks a striking departure from his usual heavy-hitting features, providing an engaging two-and-a-bit hours of flash frivolity – guns, girls and guts – without any particular depth of note. Which, if you want a break from Stone’s normal pulpit-preaching, is actually quite refreshing.

Heavily stylised, but also reined in by the cinematographer behind Star Trek, Savages is a beautiful-looking weed-assisted daydream of a movie, compared with the acid trip nightmare that was Natural Born Killers. Don’t expect it to be Stone’s best – indeed don’t expect it to be anything like most everything else he’s done (apart from U-Turn and, perhaps NBK) – but that doesn’t mean it’s not worth a couple of hours of your life. It certainly makes a nice change to see the director actually enjoying himself for a change, rather than taking himself that little bit too seriously. It’s just a shame he screwed with the ending(s) so much.

On Region Free UK Blu-ray we get stunning video and audio as well as a whole bevy of extras including two Commentaries, two cuts of the movie, some Deleted Scenes and a Making-Of Documentary. Fans couldn’t possibly wish for more. Those interested should consider it worth a tentative rental – you may thoroughly enjoy it and want it in your collection, or you may just be happy to have seen it.