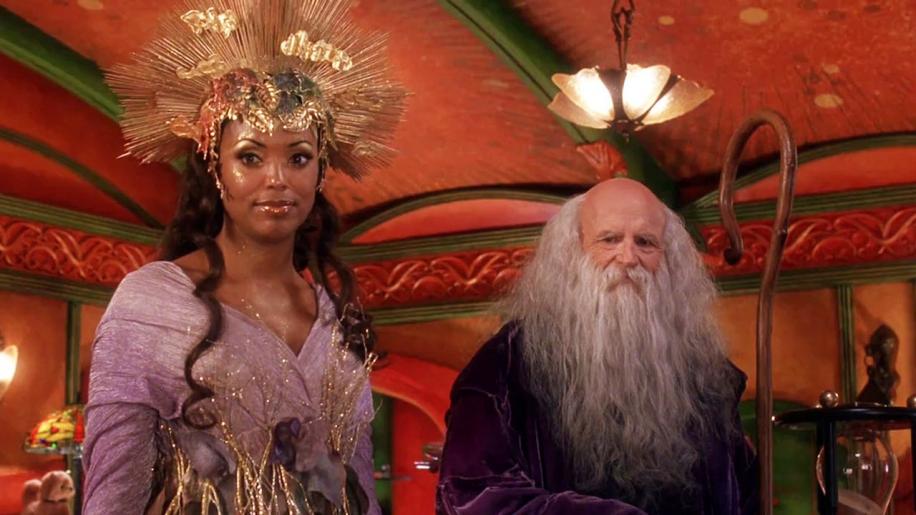 Framed at 1.85:1, this THX certified video transfer can be considered good to very good. Blacks in particular come through strong, with a depth and solidity you'd expect from a well mastered, recent movie, with not an artefact in sight.Detail is good throughout, with lines clean and crisp, and a lack of edge enhancement which is as pleasing as it is rare: there are a few instances where it raises its head, but this is real nit picking and only those with the biggest of displays will notice it.

Colours, too, shine through, and it's here that we see the real strengths of the transfer. Being a typical Disney Christmas movie, we are subjected to a wide array of colours, whether on the dark snowy streets of American suburbia or the heady mix of primary, bold tones which make the elves toy workshops a visual feast. In every case colours appear authentic and rich, with no sign of blooming - the red of Allen's Santa outfit is a good example of this, at every appearance the red is rich but retains clean edges.

A poor original master and sloppy encoding could have rendered this DVD a mess, but thankfully this looks good, on both a standard widescreen TV set and a large projection screen. For some reason I wasn't expecting much on the audio front, but was pleasantly surprised as the 448kbps Dolby 5.1 soundtrack kicked in. Whilst this won't set the world on fire as far as soundtracks go, nevertheless this is a solid, competent mix. Steering is as good as it needs to be, with some nice (occasional) split surround effects enveloping the viewer: in particular when we see Santa's sleigh on the move, the rears kick into life nicely, and this is accompanied by a satisfying rumble of bass.

Speaking of bass, whilst the LFE channel won't really make your subwoofer sweat there are some pleasing moments here that add weight to proceedings: the bass is tight and forceful when it needs to be, but it's never overblown.

Dialogue is clear and crisp, locked as usual to the centre channel, however I did notice some unwanted sibilance on some vocals when played near Dolby reference level. I tried this on a 2 channel hi-fi set-up also (with the Region 2 version) and noticed the same thing, mainly around Allen's voice (although he gets most of the movie's lines anyway!).

Overall this is a pleasing sound mix. Like the movie itself this won't win any awards, but it does exactly what it needs to. All the features are packed onto the same disc as the movie, and at first glance let looks to be a whole host of them. Of course, whether they are stuffing for the turkey or stocking fillers is another question...

First up is the short “Inside the North Pole with Curtis” - Making of featurette. Featuring Spencer Breslin in character, it offers very little in way of insight into the filming, but it more of an entertaining puff-piece for kids, complete with a soundtrack which gets annoying after about 30 seconds.

Following this is lightweight - “Director's Tour of Elfsburg”, which is a walkthrough of the main North Pole set: vaguely interesting, but nothing spectacular. Funnier, however is the interviews with the Legendary Figures (such as the Tooth Fairy, Cupid etc), which whilst offering no insights into the movie, is a pleasant diversion that will at least get a few smiles out of (and laughs from the children). Even better is the gag reel, which is a good - if short lived - piece of entertainment (and some of it looks staged to be honest).

Next up we have a series of 7 deleted scenes, with an introduction by the director, and finally you can watch the movie with an audio commentary by him. Sadly, Lembeck carries out the commentary “in character”, and while his anecdotes contain some interesting information, it quickly becomes tiring. Is it aimed at children? I'm not entirely sure, but it sounds like it is - I can't see many children sitting through an entire commentary to be honest, so his offering is somewhat wasted.

Last but not least is the standard collection of trailers for upcoming Disney releases, and a game which can be played from your DVD remote control.

Overall this is a reasonable collection of extras, and in keeping with the movie, they're nothing spectacular, and aimed mainly at children. Whilst not as good as the original, this is an enjoyable movie to get you - and the kids - in the Christmas spirit. The DVD offers a solid presentation, and is definitely recommended if you're a fan of Tim Allen.