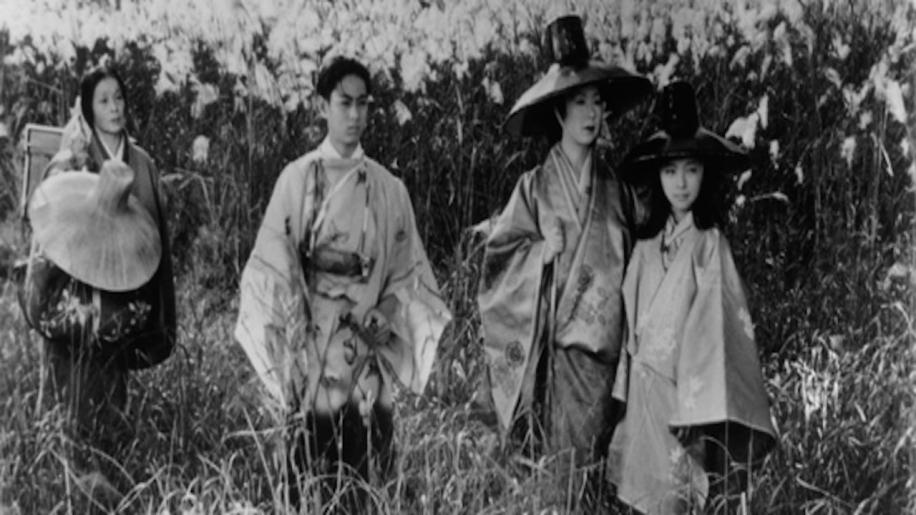 Both films are offered in 1.33:1 aspect ratio, black and white. The prints themselves are now over 50 years old and whilst this is not always a recipe for a poor transfer you usually think beforehand that you're going for something less than pristine. Ultimately that is what we are presented with here. The transfer looks good for it's age, certainly no signs of blocking or even edge enhancement so the viewer is never really distracted with these anomalies.

The source prints however do suffer somewhat from damage and although not extensive it's usually apparent on the film. There is no excessive grain to speak of indicating the original prints themselves were of high quality, there are some dirt marks but more often it's the usual tramlines we see which is not unusual for film stock of this age. Certainly these seem to have been reduced somewhat (if the trailers are anything to go by) and all credit has to be given for the work in restoring these to what is probably the best we're going to get.

Both films are sharp, being black and white detail is quite apparent in most scenes but it has to be said that at times they do look a little washed out. The blacks never really reaching that really deep level; more often only straying into a murky greyness. But as mentioned above both films have sufficient detail for most scenes not to be crushed or detail hidden away and both are certainly a joy to watch without being distracted by over excessive transfer flaws or extreme print damage. In both of these sound tracks there is nothing which will stress your audio system in any way. Mostly dialogue pieces the speech is presented perfectly from the frontal array, never missing beat or suffering from a less than adequate transfer. Panning across the fronts is limited to nature sounds as heard in the woods within Sansho Dayu but in the main the focus is pretty much from the middle of your left and right speakers.

The musical score by Fumio Hayasaka, Tamekichi Mochizuki and Kanahichi Odera for Sansho and Ichirô Saitô for Gion drifts from the fronts perfectly well reaching the viewers/listeners in an almost dreamlike or haunted state. Low wood percussion is used throughout Sansho whilst the tinny string of the Geisha's shamisen are most prevalent within the latter of the two films mentioned here.

The audio itself cannot really be faulted, coming from an original mono track it does the job perfectly well, dialogue crisp, the score fitting the themes presented. As such, although it won't be demo disc for when friends and family arrive, both tracks do of them what is required and is probably reproduced better on some home systems we have today than the original audio offerings in use in some 1950s cinemas. The final release of this set will also include an exhaustive 96 page booklet. Unfortunately, however, this was unavailable at the time of this release, and when looking at the score here please bear this in mind. It should compliment this set and will no doubt allow fans of Mizoguchi to further glean facts from his directorial career. The fact that Eureka have procured the talents of Ryans for these discs has certainly added strings to the bow of an already respectable release. Within 20 minutes of watching Sansho I was on the edge of my seat totally drawn into the fate of the characters which are presented to the viewer. The writing, and depiction of the characters and the turmoil that they currently face, is so well portrayed that is impossible for your heart not to go out to them. This continues throughout the film, never once letting go of the emotional grasp it has upon you; you will be compelled to watch, to find out their fate. With every passing year in our characters basic existence you will live the pain and aguish with them, only when the final credits roll will you take a sigh of relief but it's memory will forever be imprinted in your soul.

As for Gion, it's an interesting enough study into the relationship between mentor and apprentice and how perhaps a revered trade and custom changes from one generation to the next. Gion's characters having depth, reasoning and like in the previous Sansho show such emotion that again it's not difficult to get carried up in their world. Admittedly here they also have their own troubles to deal with but I never felt that attached to them as I had with Sansho. Whereas Sansho is a gut wrenching watch I will revisit it again, and probably on more than a few occasions; I would find this difficult Gion

Of the two films I think it becomes apparent that I really did prefer Sansho Dayu over Gion Bayashi but that's not to say that Gion is a bad film it just pales a little when confronted with the raw emotion presented in Sansho. Most viewers will be aware of Kurosawa's works, specifically The Seven Samurai and it was with Rashômon that world cinema started looking eastwards, and eventually 'discovering' the other delights which Japanese cinema and Mizoguchi had to offer.

Now acclaimed as an insightful director ahead of his time in style, editing and social commentary, it's satisfying that Eureka are taking the bull by the horns and essentially preserving these great works for current and future generations. Presented here as a two disc set, this is a fine introduction to Japanese cinema and the later works of Mizoguchi. The fact that Eureka have other Mizoguchi titles in their catalogue scheduled for release can only be to their credit. Look eastward into the land of the setting sun and sample these delights yourself.