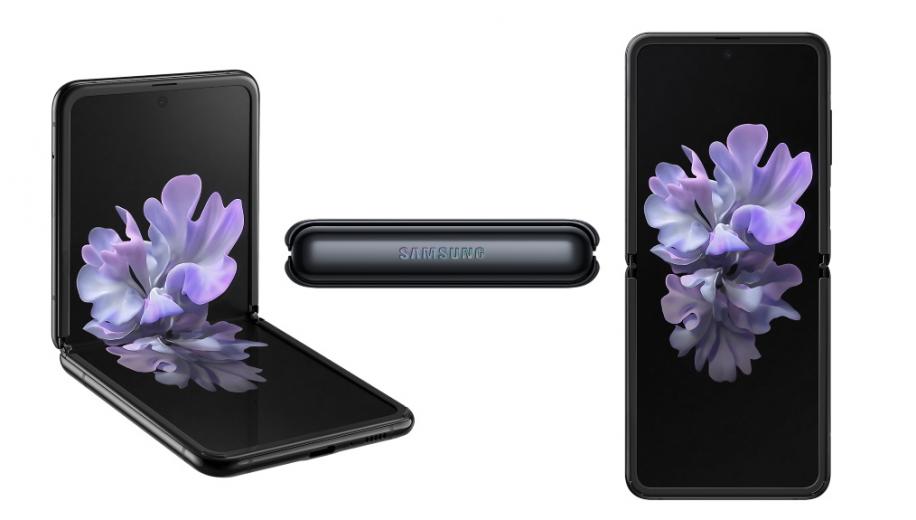 What is the Samsung Galaxy Z Flip?

It’s not just the very latest smartphone from Korean giant Samsung, it’s also the company’s latest folding phone. Where its first model, the Samsung Galaxy Fold, was essentially a tablet that folded in half so it was phone-sized, giving you a large, square display which still fitted into your pocket, the Z Flip follows a different route.

It has a 6.7in display, so not that different from many smartphones these days, but the trick here is it folds in half so that it’s a frankly tiny phone. Think of something that looks from the outside like one of those folding phones we had early in the century, but with the most current tech inside.

So, is it the future, the way foldables should be going?

From the outside, this is a small flip phone, and it looks great. It’ll fit into a small pocket, and then fold out impressively to be as big as most other smartphones.

When it’s folded, it’s almost square. It has a small display on the outside, an oblong 1.1in touchscreen just used for notifications and the like. Alongside, sit the dual cameras, what we’d normally call the rear cameras on other phones.

... although it’s well-built, it feels a little bit fragile

It’s also finished with impeccable build quality, small and smooth enough to roll easily and satisfyingly through your fingers. The hinge at the top, engraved with the company’s name, is solid and feels strong. That said, you don’t want to be flicking it open like it was a classic Star Trek communicator. You can do it, but you worry that the delicate folding screen like the Enterprise’s engines, “cannae take it, captain.” No, you’ll prefer to open this phone more gently than that, though it’s certainly possible to do it one-handed with even limited dexterity.

But it ties into one of the things about this phone: although it’s well-built, it feels a little bit fragile.

Once open, you’ll see that 6.7in display surrounded by a slightly raised bezel, unlike other phones. That’s so the protective film that covers the display itself is carefully tucked in under this bezel. The display is made of, well, two words that don’t usually go together: foldable glass. But it’s delicate, so there’s a plastic film which stretches taut across it when the phone is open. What about the middle, you ask?

Well, there’s a crease, there’s no two ways about it. Run your finger across it and you can’t miss it. Hold it at an angle and the crease is visible. Strangely, though, it doesn’t disturb video playback. When the phone is fully open and video is playing, the crease is gone. Oh, and when you run your finger across it, don’t use your fingernail. This plastic protector scratches more easily than you might like. Fragility, again.

... this is a small flip phone, and it looks great

Unlocking a smartphone is often done by facial recognition these days, or else a fingerprint sensor buried under the screen. Here, Samsung uses a system similar to one employed by Sony: a fingerprint sensor on a side-mounted button. Here, it’s in the power button itself. It’s quick, efficient and reliable.

This phone is not waterproof, unlike many smartphones today, so texting in the bath with the Z Flip is done at your own risk. And that is the third way this phone feels less resilient than many rivals.

On the other hand, if this phone falls on the ground, if it’s closed, the screen is at least better protected than on other handsets. And Samsung has thoughtfully included a neat two-piece protector. It doesn’t look as good as not covering the phone with the case, but given that the Z Flip costs £1,300, you may feel it’s a compromise worth making.

The screen here looks great. True, the hinge lets some extra light out when it’s anything other than fully open, which looks kind of weird. And that crease is just too evident to ignore, unless you’re watching it play back video, which looks excellent. That’s partly down to the 425 pixels per inch resolution and decent brightness to the OLED screen. It’s also down to the HDR10+ compatibility, when playing back the right content.

You can also set the phone so the screen is open to 90 degrees, designed for things like video calls, for instance. This is certainly unique and does obviate the need to find a just-right surface you’d need to balance the phone if it was fully open.

There are brighter, bigger, more capable screens than this. But they’re not foldable. And, don’t get me wrong, this is a perfectly good display – no corners have been cut, as the HDR capability shows – which looks more than good enough.

The display feels exactly like any other smartphone screen, too. I had worried that the plastic skin stretched across it would feel rubbery and unsatisfactory, but not a bit. The only time you’re aware that this is a different kind of screen is when your finger is on the dead centre. Like Ernie Wise’s wig, you can see the join.

… this is a perfectly good display – no corners have been cut, as the HDR capability shows

In general use, though, it quickly disappears from your consciousness, like a notch on a conventional display.

And the notch here is pretty small, a tiny circle in the dead centre of the screen, about a quarter of an inch from the top. It can be as small as it is because it’s just the selfie camera: there’s no need for the other gubbins required for facial recognition systems.

For video playback, the screen defaults to put a black bar across that part of the display, so it doesn’t interfere with your viewing. You can expand the image on screen, if you wish.

The tiny external notification screen is not high-resolution, though it performs its function well enough. It’s there so that when a call comes in you can see the contact’s name or phone number scroll across it. Which may be enough to save you from picking up the phone to answer it (or rush to do so, depending on who’s calling). You can also tap this little display to show the time without opening the handset. Battery life can also be shown here. If a notification appears, if you tap it, it’ll be what’s shown on the main screen as you open it up. It’s pretty basic, but it works fine.

There’s also another function for this mini-display. If you decide you want to take a selfie using the external camera, close the phone, double-press the power button and you’ll see a preview of what the camera is looking at in the little external screen.

The dual cameras are pretty good, here, just not cutting-edge. Two 12-megapixel lenses sit side-by-side on the outside of the phone, as mentioned, next to the little notification screen. One camera is an ultra-wide lens, the other has a focal length that’s the equivalent of a 2.25x zoom. Or, to look at it the other way, the ultra-wide is 0.44x the wide camera. The wide is the main snapper, with optical image stabilisation, for instance. It also has Dual Pixel PDAF - meaning that the pixels are used both to capture the scene and also for autofocus - while the ultra-wide does not.

The cameras here are really good, a match for many phones available

The Galaxy Z Flip can shoot video in 4K resolution at up to 60 frames per second, and can shoot in HDR10+, too.

The front-facing camera, nestled near the top of the folding display on the inside of the phone, is a 10-megapixel camera that’s decent enough. You’ll mostly be using it, I suspect, for that clever video calling feature and it’s more than ample for that function.

The cameras here are really good, a match for many phones available. But they’re not the very best, such as Samsung’s other recent release, the Galaxy S20 Ultra. However, for most people, I’d say the results are going to be easily good enough. And, remember, you can pop this phone into your shirt or jacket’s breast pocket, and you can’t say that about the S20 Ultra. Or almost any other phone, of course.

Samsung could have put a slowcoach processor in this phone as, after all, it’s the fold you’ll be buying it for. But the Snapdragon 855 Plus, while not the highest-performing chip out there any more, was the top one last year. As such, it is fast and capable. The phone performs well, snappy and responsive at all times and never dawdling, whatever you throw at it. Everything from app opening to, well, phone opening, was handled effectively and speedily.

The phone performs well, snappy and responsive at all times and never dawdling

Well, quite right, this isn’t a cheap phone, after all.

Recharging isn’t super-fast, taking over an hour and a half to recharge from flat to full.

Battery life is good, by the way, where it might have been expected to be poor. A full day of use is pretty much guaranteed – which is pretty impressive for a phone this small.

... this is an innovative and impressive phone

Samsung has broken the mould with this imaginative and practical version of a folding phone, one you might actually use on a day-to-day basis. The fold that means it goes from phone size to Lilliputian phone size is a great idea. Although there are more powerful phones out there, or ones with bigger cameras, this is an innovative and impressive phone.

My only hesitation is its durability. It feels less robust than other phones, from the plastic protector on the display to the lack of waterproofing. Treat it carefully and it’s likely to last well – and maybe put that supplied case on it, too.

This is a phone that’s highly enjoyable to use, and works very well. Oh, and it’s a real head-turner. When people see it, they want to touch it, fold it, put it in their pocket and marvel at the design.