The F8000 puts the hip into flagship 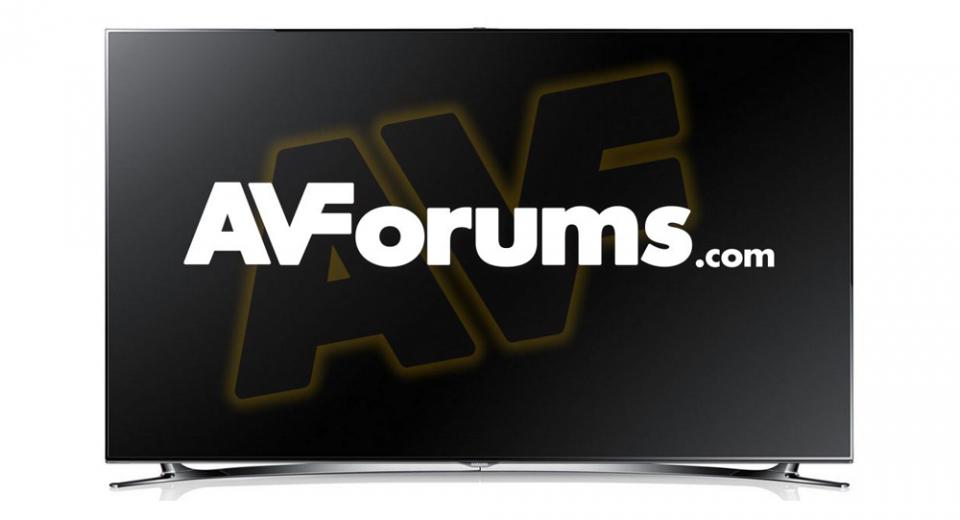 It’s been a pretty good year for LED TVs, so far, and it was led out in fine style by the 55-inch model of the TV we have here now. Steve Withers was particularly impressed by the all-round qualities of the 55F8000 and we’re hoping for more of the same from its little brother, the UE40F8000. Despite it’s fairly modest size, this is still a flagship TV and it packs just about every feature one could possibly expect including, but not limited, to Micro Dimming Ultimate, 1000Hz Clear Motion Rate, a built-in video camera and access to Samsung’s Smart Hub and all that brings with it. Samsung says the F8000 is ‘TV reinvented’, let’s test out that bold claim.

We could wax lyrical about the almost totally bezel-free façade of the F8000 but you already knew it would be so. That kind of thing is relatively old hat nowadays and it’s what lies beneath that has become the focal point for design teams and the new talking points. We said that Samsung’s own F8500 plasma currently holds the crown as being the most elegant and we’ll stand by that but the arc stand of the F8000 is also pretty special and all-but totally convinces in the impression the screen is engaging in a spot of tantric flying. It’s almost unfeasibly elegant and the only potential downsides are that it doesn’t swivel (of course) and you’ll need to make sure your stand can accommodate the full span - seeing as the 40F8000’s is only around 90cm, that shouldn’t trouble most. There’s also less than 5cm clearance from base to bottom of the screen, so unless you wallmount, you can forget about any notions of a soundbar or centre speaker sitting in front. Not even one of Samsung’s own low-slung models would squeeze beneath. It was a good idea for Samsung to include a tidy-away back cover for the connections plate and the fact that 3 of the 4 HDMI connections are down-pointing will also aid those looking to stick it on the wall in a managed fashion. Accompanying the HDMI ports there’s three USB ports, a CI (Common Interface) slot, an optical digital audio out, a LAN socket, a headphone socket and legacy connections using breakout cables. There are also aerial and satellite connectors for both FreeviewHD and FreesatHD, along with twin tuners for each, which means if you add a USB HDD you can create a fully functioning PVR. Finally there’s also an input for the bundled IR blaster that allows you to use the F8000’s Smart Touch remote as a control for attached kit via the built-in database or infra-red codes and commands. The other remote is rather more mundane – in fact it looks completely incongruous to the rest of the sleek package – but we still found ourselves using it more often than not.

The UE40F8000’s menus are typically comprehensive and split in to sub-menus of Picture, Sound, Broadcasting, Network, Smart Features, System and Support. The Picture menu offers a choice of four types of Viewing Mode - Standard, Natural, Dynamic and Movie (choose that) and has the usual basic controls therein. Within Advanced Settings we have the rather more esoteric (but very valuable) calibration controls, including two and ten-point White Balance controls and a full Colour Management System (CMS). Probably the most interesting item in the Picture Options area is a new control called Cinema Black which is designed to turn off the LEDs in the bars of 2.35:1 movies to make them look blacker. In the out of box Movie Mode the 40F8000 was displaying a very reasonable degree of accuracy in terms of both greyscale and gamut response. There was a little too much red – and not enough blue – energy in the greyscale which gave a vague pinkish tinge to bright images. However, there was certainly nothing seriously wrong to the eye and with Delta Errors only just hovering over the perceptible threshold of three, we should have no issues tidying it all up. The low valued gamma is testament to the slightly washed out look to picture. From the CIE chart, to the right, we can see that most are well aligned but with slightly uneven luminance, i.e. some were too bright, some too dim. As we can see from the charts above, Samsung’s superb combination of 2 and 10 point White Balance controls allowed us to massage the F8000 in to absolutely top-notch shape with a complete neutrality between black and white. The fully-featured CMS is just as good but we couldn’t quite fix the slight under-saturation of red at full stimulation but everything else was virtually perfect. It’s not all about what’s going on at full saturation levels, however, most of what we watch doesn’t usually reach those levels so it’s equally as important to consider what’s going on at lesser levels. For the most part the F8000 is supremely accurate but it has a tendency to over-do red at lower levels, which can affect things such as skin-tones so we dialled it back a little with the CMS with excellent results.

The Samsung UE40F8000 was remarkably consistent in this area of testing, particularly for LED technology. If we were quick we could get a full screen black pattern measured at 0.031 cd/m2 before the auto dimming took hold. This measure was more or less repeated throughout the black sectors of the checkerboard pattern to give an ANSI averaged black level of 0.029 cd/m2 against an average peak white of just under 110 cd/m2 for a contrast ratio of 3771:1, which is a satisfying number. The fact that the F8000 displayed excellent light distribution across the screen was even more pleasing, with just the smallest amount of pooling not really spoiling anything. Furthermore, the filter on the 40F8000 is so good that blacks look inky in almost any conditions barring total lights out, which is not the viewing environment for most.

The UE40F8000 showed exceedingly good overall picture processing, proving extremely competent at deinterlacing and scaling standard definition content and detecting both 3:2 and 2:2 cadence correctly and, as long as the Auto2 Film Mode was selected, scrolling video text over film was also delivered perfectly. The UF8000 flew through all the other tests as well, delivering an almost flawless performance in every regard. The quality of the video deinterlacing at 1080i50 was just as good as it was for standard definition and there were no apparent issues with 24p content.

For anyone even remotely interested in getting a decent gaming response from the 40F8000, you will have to jump through a couple of hoops to get there. Even enabling the Game mode which is in the General sub-menu within the System menu isn’t enough as it still lags by around 77ms with it engaged. If you rename the HDMI input as 'PC', in the tools menu, the figure comes down to the far more respectable mid 40 millisecond range which should be tolerable for most.

Impactful would be a good word to describe the 40F8000’s pictures. Colours are very striking, yet natural, there’s plenty of dynamic range – even when room lighting is challenging and, for the most part, moving images are handled cleanly. There’s also no lack of detail, in fact the F8000 is stunning in that regard although the properties of the panel structure might make the image just a little too sharp for some. Samsung’s enforced ‘micro-dimming’ technology certainly plays it part in the mix as well and maximises per-scene contrast in fine style, without introducing unpleasant haloing or unduly crushing detail in the darker portions of the picture. Perhaps we over-use the word ‘impressive’ sometimes but the F8000 can hardly fail to impress for its overall dynamism and punchy pictures.

So what’s not to like. Stuttering, for one, Steve Withers noticed some occasional issues with 1080p24 content (most Blu-rays) in his review of the 55-inch F8000 which don’t seem to have been ironed out in software revisions. In this review stint we also spotted some stop-starting with 50Hz material too, which was particularly evident with fast moving sports where a sudden change of pace in the action would leave Samsung’s motion processing found wanting. This is a long standing issue with the higher-tier Samsung LED TVs and almost certainly tied in to their Clear Motion Rate (CMR) technology, which is non-defeatable, and not tied in to the Motion Plus interpolation technology. We also spotted a little panel banding with pans over lighter colours but in the case of this panel, at least, instances were rare enough to be considered trifling.

This reviewer was particularly taken with Samsung’s 2012 LED TVs when it came to 3D pictures. As a flicker sufferer with active shutter technology it was particularly refreshing not to be troubled by it with last year’s range and happily that’s not changed with whatever alterations Samsung has made to their 3D processing. On the negative front, as Steve observed, there’s definitely been an implementation of forced motion processing to 3D content that can give it a slightly (more) unnatural feel. More positively, images were almost totally devoid of crosstalk/ghosting and the same level of detail and pop we saw in the 2D pictures was replicated with the added dimensionality. The future of 3D remains uncertain but at least the manufacturers continue to make improvements in their hardware implementations.

Samsung’s Smart TV platform is so incomprehensibly comprehensive that to try and do it justice within the confines of this review would simply being serving it rough justice. In case you hadn’t already noticed, the F8000 puts the hip in toflagship and includes absolutely everything Samsung has to offer in 2013. It’s safe to say that the sultans of smart have done it again this year and they’ve delivered another Reference Award winning offering. Steve Withers kindly gives us the low-down on the full shebang right here. Seeing as at the time of publishing it’s Wimbledon’s Finals weekend, it’s fitting that Samsung’s F8000 features a grand stand. The Arc Stand, as it’s known, is extremely elegant and truly gives the screen powers of levitation although, of course, it doesn’t swivel and you’ll need to ensure your unit can accommodate its full span. Other aids to an elegant install include a tidy-away concealing cover for the cables and HDMI inputs that face downwards. Clearly Samsung doesn’t want all their hard work in the design department spoiled by unsightly trailing cables and we applaud them for that. We’re not so keen that Samsung is trying to force our hand in to using the Smart Touch remote control by including only a downmarket standard alternative, however good it is. As we’re sure you’re all aware, Samsung’s Smart TV offering is incredible so we’ll not do it the injustice of a one sentence summary, instead there’s a full review of it here.

There wasn’t a great deal wrong with the UE40F8000’s picture prior to calibration but post tune, images were realised with an incredible clarity and realism. Samsung seems to have largely nailed the issues of uneven light spread in their flagship LED TVs and this only helps the already striking black levels deliver even more dynamic range, which the F8000 has an almost unnatural ability to hold on to in even the most challenging rooms. Slight quibbles in the picture quality department show up with some stuttering when motion suddenly changes pace, with 2D content, and some imposed and undefeatable motion processing with 3D content. Both of which are probably as a result of Samsung’s CMR processing, which still needs a little work, We’re at the nit-picking stage here, although the limited viewing angles are a genuine concern for those that can’t place the F8000 in the prefect spot.
Samsung’s 40F8000 is a flagship TV in every sense. It has the looks, packs in the features and delivers full-bloodedly on the picture quality front.