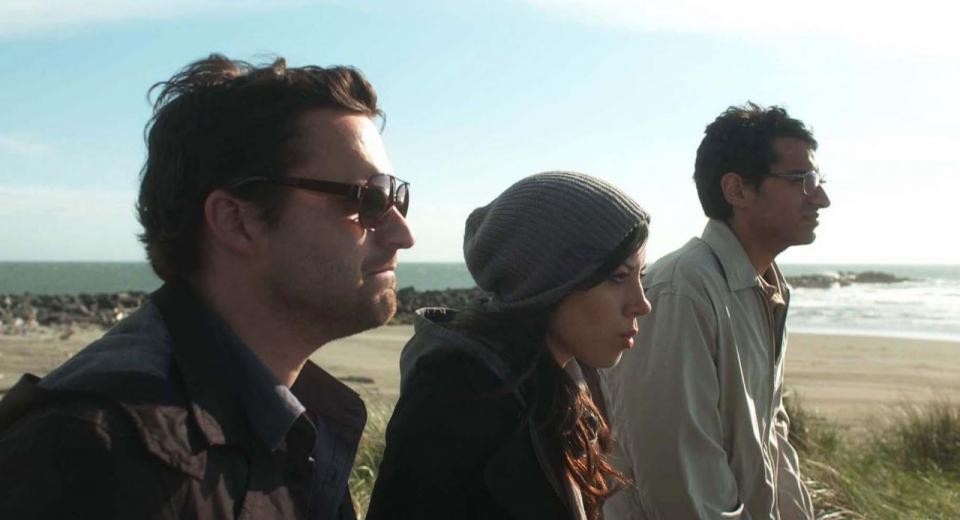 Made on a shoestring budget of less than a million, Safety Not Guaranteed has already wooed critics across the festival circuits, and has been cited as one of the most overlooked films of the year. And it hasn’t even been released here yet.

It’s easy to see why. With charming and authentic performances from a quartet of relatively fresh new faces, and a witty and suitably cynical script perfectly tailored for the modern generation, this is one of those movies which manages to tell a tale of rose-tinted retrospect and soul-searching without either the wannabe weighty baggage of the average drama, or the saccharine-sweet sentiments of the average comedy-drama.

Sure, it’s an indie movie through and through – and that fact alone is still going to put off huge swathes of people that are busy over Christmas spending an eleventh hour with the little people or giving Cruise another chance to convince us he can be a tough guy – but once you’re done with the overlong but warmly familiar The Hobbit and the surprisingly snappy thriller Jack Reacher then you shouldn’t miss the opportunity to check out this quiet little film from out of nowhere. It may just win you over.

“Wanted: somebody to go back in time with me. This is not a joke. P.O. Box 91 Ocean View, WA 99393. You’ll get paid after we get back. Must bring your own weapons. Safety not guaranteed. I have only done this once before.”

Looking for a newsworthy topic to report on, Seattle magazine writer Jeff suggests investigating an ad put in the local newspaper by somebody who looks clinically insane, with a view to establishing whether the guy really believes in time-travel or whether it’s just a big hoax. Given two interns to take with him – disillusioned college graduate Darius and inexperienced biology student Arnau, who’s just working at the paper to broaden his C.V. – Jeff’s real motives for travelling all the way down to the sleepy seaside town of Ocean View is because he is hoping to reconnect with his childhood sweetheart, Liz.

When the unlikely trio arrive, Darius and Arnau set about trying to track down the writer of the ad, Kenneth Calloway, while Jeff approaches Liz. None of them quite get what they expect from their encounters, however: Jeff finds Liz has physically changed more than he anticipated; Darius discovers that Kenneth, whilst clearly committed to his project, has some dark secrets that he doesn’t want to let go of; and Arnau realises that he’s going to have to let go if he ever expects to enjoy his youth. What all four of them have in common, however, is a somewhat tragically rose-tinted view of past events; baggage which they carry around with them all the time and which, unbeknownst to them, has been holding them back and preventing them from attaining any kind of happiness.

“There’s something off about this guy, okay? So you gotta’ go slow, like you’re trapping a skittish animal. You lure him. Play coy. Girls know how to do that stuff.”
“You’re dangling my vagina out there like bait. What if this guy’s a murderer? What if he cuts me up into little pieces and eats me?”
“Then the story is even better.”

For some peculiar reason Safety Not Guaranteed has been promoted with posters bearing the quote that it is like “Back to the Future meets Juno”. Whilst there’s certainly merit in comparisons made to the quirky indie flick Juno, there’s nothing here even approaching Back to the Future territory. Whoever made the comparison obviously thought this movie had something to do with time-travelling mayhem, but it doesn’t; the theme is merely used to facilitate access to the past troubles that these disparate individuals have each been through.

Don’t expect to come out of the film trying to figure out whether anybody travelled back in time and, if so, whether or not there were any clues left behind for their future selves – this is not Looper. Instead, look forward to a touching voyage into the past, as seen through the eyes of a group of people who clearly prefer to remember it a different way from the way it was. I’m sure it’s something we all do – remember that childhood experience; that teenage sweetheart; or even that terrible, tragic event, in a certain way, distorting the truth over time so that we can better live with it. Imagine if you could go back in time? What would you change? And what events would you return to, which would turn out to be different from how you remembered?

Indeed that’s perhaps the best way to look at this movie – less a movie about time-travel and more the movie equivalent of a group of four disparate individuals, sitting around a campfire, taking it in turns to talk about what one thing in their past they would change if given the opportunity. The choices, of course, reveal the real issues that each of the individuals harbour, and go some way to explain the situation that they’ve been put in.

They’re all fairly tragic tales, but Darius’s backstory is the one that truly gets to you; however the majority of the credit for that should really go to Aubrey Plaza, who just happens to be the true star of this film. A co-star in the Parks & Recreations TV show, Plaza has also had bit parts in both Funny People and Scott Pilgrim, but here she gets to finally truly shine, bringing us all the usual offbeat humour and modern cynicism that you’d expect from her, whilst also allowing us a snapshot into some more emotional, dramatic flourishes, which really cut to the heart of this feature.

Her magazine boss, Jeff, is played by Jake Johnson, probably best recognised for his regular role in the TV comedy New Girl (although he’s also had bit parts in everything from Get Him to the Greek to 21 Jump Street). Here he plays a guy who is quite funny to watch, but would be hell to work for, although, again, it’s interesting to see the source behind the defensive barriers that’s he’s clearly put up just to get by in life; yet more so to see when these barriers go down as he gets to know the woman who was once his childhood sweetheart. We also get newcomers Karan Soni and Jenica Bergere who play the roles of the naive biology student and the childhood sweetheart, respectively, and do great jobs with the material.

“Why do you have flames on your laptop?”
“It’s a gaming laptop. It’s really fast.”

Rounding out the group there’s Mark Duplass (who wrote and directed 2010’s Cyrus, starred in My Sister’s Sister last year and also co-produces here), playing the potentially mad guy who wrote the advert in the first place, Kenneth Calloway, a simple grocery store worker who appears to be stuck in the 80s. His car; his haircut; his clothes; his Rambo-like traits – he certainly appears to be stuck in the past – but, again, as with the other characters, he slowly grows on you as the story progresses and becomes somewhat tragic when you realise why is his set on this particular course.

Much like the fantastic little indie sci-fi Monsters – which was also far more about characters than aliens – Safety Not Guaranteed cleverly utilises an intriguing initial plot device to allow us access to our own deepest secrets and perhaps even some of our deepest regrets, at once highlighting the tragedy of what could have been whilst also showing us that often there was nothing to regret at all, and – with a little bit of simple acceptance – we would probably be far happier with our current station in life, rather than always reflecting on the grass that is greener.

Offering wonderfully honest insight without the usual cloying saccharine-sweet-sentiments you often find in these kinds of features, Safety Not Guaranteed may indeed live up to being one of the most overlooked films of 2012, so you should give it a shot and see if it sneaks its way into your heart, and stays with you beyond the closing credits to leave a warm feeling of hope and in-the-light-of-day realisation.

“There’s no sense in nonsense. Especially when the heat’s hot.”

Closing out the year on a sweet high, the quirky indie drama Safety Not Guaranteed will probably go overlooked by both those ambivalent towards anything without a reasonable budget and those put off by the misleading way in which it has been promoted as a sci-fi. It isn’t – far from it. Boasting a quartet of excellent little performances, and some honest, oftentimes bitingly witty dialogue, this character-driven gem certainly warrants your attention. Between the Hobbits, Jack Reachers and Djangos that tail off 2012 and kick-start a New Year, try and make time for Safety Not Guaranteed.