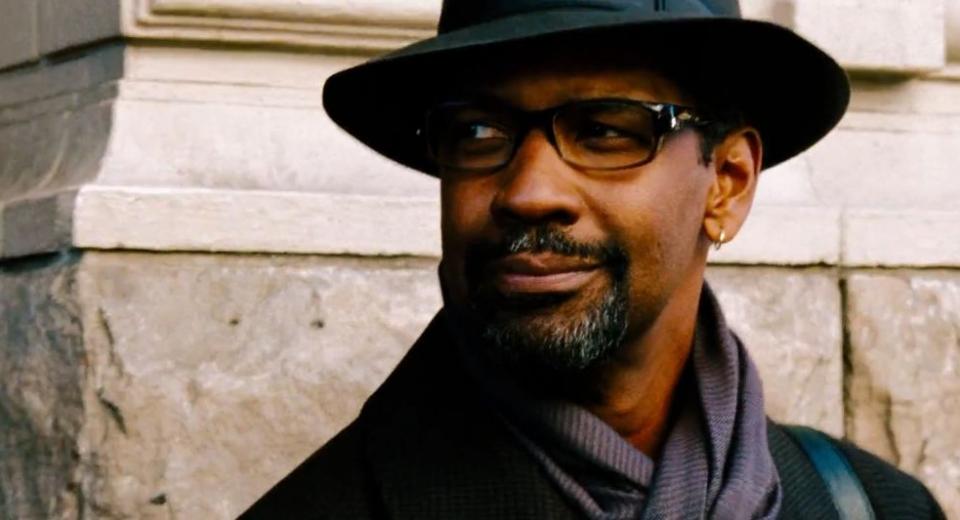 Safe House comes to Region Free UK Blu-ray complete with an excellent 1080p High Definition video presentation in the movie’s original theatrical aspect ratio of 2.4:1 widescreen. Clarity is superb throughout, taking in fine object observation, keen attention to facial detail, including pores, lines and skin texturing. Digital defects are non-existent; DNR never gets out of hand, and there’s no sign of any edge enhancement, artefacting, blocking, banding or aliasing – nor any damage. The colour scheme is broad and definitely of the hyper-stylised variety – straight out of the Tony Scott book of saturation – with gold tones threading through the entire palette. At the very least it’s a vibrant and vivid array, even if it seldom approaches true-to-life: that, of course, not being the intention. Black levels are strong, with rich deep and penetrating blacks that allow for excellent shadow detail and night sequences, of which there are many, and only occasionally veering in the general direction of crush, more as a result of the cinematography, as opposed to any rendition defects. It’s an impressive representation of the material, just shy of picture perfect, and a quality accompaniment for the main feature.

On the aural front we get a DTS-HD Master Audio 5.1 track that is almost as impressive, let down only perhaps by the same thing that the movie was let down by at the cinema: the mumbling dialogue. There’s great directionality; spatial separation; surround action; LFE input and environmental impact – the exciting mix throwing you into the thick of things head-first, as you tear through the streets, across the shanty-town rooftops, and into the safe house assaults, with explosions, incessant gunfire and thundering close-combat body-blows pummelling at your ears throughout. Effects are wonderfully observed, and it is, without a doubt, an extremely boisterous affair. The score, whilst not desperately memorable, does offer up a nice running theme right from the get-go, and it works for the material, heightening the tension where necessary, ramping up the action sequences, and enhancing the significance of the more dramatic turns. If it weren’t for the fact that the Washington’s dialogue isn’t always that easy to make out (as noted in the main review body), this would have easily hit reference quality. It’s still a great track though.

Coming to UK Region Free Blu-ray with the exact same set of extras as the US counterpart, Safe House will not blow you away with its features, but does tick most of the key boxes; there’s certainly enough here to keep fans happy.

Picture-in-Picture offers up a fairly worthwhile track that covers all the bases: offering up behind the scenes footage of the film being shot, cast and crew interview snippets, stunt footage, gun-handling and fight choreography, and set work – all of which makes it a decent watch for those interested in delving deeper into the production.

Scene Explorer is slightly more sporadic, and only applies to certain key scenes, but, for those, we do get some interesting storyboard comparisons, behind the scenes footage and stills photographs which allow us further insight into those specific sequences.

Making Safe House is an 11-minute Featurette which looks predominantly at how the production got off the ground, how this unlikely script made for the director’s US debut, and what he brought to the table in terms of directorial style, as well as the casting choices and how they settled on Reynolds to play opposite Washington.

Hand-to-Hand Action is an 8-minute addition which looks specifically at the fight choreography, with the fight coordinator on board to show how his team of trainers put the two leads through their paces, teaching them the required moves and allowing them to feel naturally gritty rather than superhuman in their delivery.

Shooting the Safe House Attack is a brief 5-minute companion-piece which looks specifically at the opening action set-piece, the staging of the firefight, and the stunts and effects which were used to bring it to life.

Building the Rooftop Chase does the same for the shantytown setpiece, with Washington actually doing a surprising amount of his own stunts, as we take a 4-minute look behind this scene.

Behind the Action rounds off these Featurettes with an overview at the different action sequences that punctuate this thriller, from the car and foot chase sequences to the firefights and hand-to-hand combat. At just 8 minutes, whilst longer than the others, it still doesn’t really get too deep into the background material.

Inside the CIA could have been a great addition, but instead again merely skims the surface, offering up just a 6 minute look at how they brought the CIA to life in the movie, and tried to avoid too many movie clichés when establishing the Agency.

Safe Harbour: Cape Town concludes the Featurettes with a 9-minute look at filming on location, and the difficulties and benefits of the South African setting (it was originally going to be Rio, but that proved to be too dangerous).

Safe House was quite a pleasant surprise. Its trailer made it out to be just another generic spy movie, with Denzel Washington playing the corrupt mentor to Ryan Reynolds’s naive newbie in the same vein as Training Day, but it’s actually a fairly solid, entertaining thriller in its own right, with a decent premise, some sparks of originality, and Reynolds on thankfully quite restrained form. Of course Washington owns this movie – perhaps his most action-orientated outing yet – and he still has that commanding presence that guarantees an entertaining trip to the flicks. With a little less shaky-cam, a little more thought put into the mind-games between the two main characters, and a slightly less clichéd denouement, this could have been a great thriller. But it’s still a pretty damn good one.

On Region Free UK Blu-ray we get excellent video and very good audio, as well as a decent selection of extra features, making this a worthwhile, arguably must-have purchase for fans of the film, and also for fans of the two leads. It’s certainly worth at least a rental, if not a blind-buy based on Washington’s presence alone.