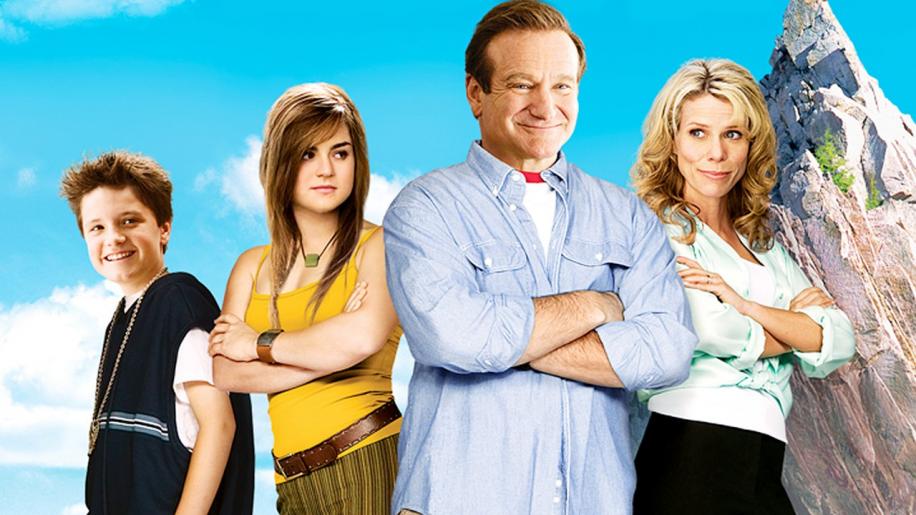 While Sony may have been the big evil studio behind Superbit discs, they've definitely learnt their lesson and, truth be told, it's been a while since I've seen a bad looking disc from them. This is no exception - it has great levels of detail, colour pops off the screen, from the vivid greens and blues of the scenery to pastel shirts, almost bordering on day-glo. I didn't notice haloing, artefacts or bleeding of colours. Even the night time scenes are superb, which while dark are still highly detailed. This is a mighty fine looking transfer and one of the better ones I've seen recently.

Comedies aren't renowned for their soundtracks, as they are mostly dialogue heavy rather than effects heavy. That being said, while this fits into that bracket, there are a couple of brief moments that elevate it from the typical comedy, for example the poop-fountain makes the LFE punch into life literally, which actually surprised me, mostly due to the lack of LFE in a lot of comedies. Another moment is where a trolley becomes dislodged from the RV and pans nicely from the left front to left rear as it flies past. However, moments like these are few and far between, but there's nothing wrong with the soundtrack - dialogue is clear and incidental music does keep the soundstage lively at all times. Adequate, but nothing exceptional then.

The extras are reasonably plentiful for this release. We have several featurettes focussing on the stars, director and the poop scene (It's even called “The Scoop On Poop”). There's a few obligatory trailers, a storyboard to film comparison section and an alternate scene. The last two features, RV Reveries, is basically 3 of the stars singing songs - and no, I really couldn't stomach them for very long at all. The other, which I enjoyed was the gag reel. Now, I thought something was amiss when the director opened it up by saying that he wasn't sure if people thought gag reels were funny, because to the crew they are hysterical in the you-had-to-be-there way. At least he's honest, as a lot of gag reels are rubbish. However, this is a Robin Williams based gag reel and the aforementioned “Tickle Monster” moments brought more of a smile to my face than the rest of the movie. Witness everyone from Jack Nicholson to (my favourite) Christopher Walken as “The Tickle Monster” - Williams impersonating various actors in this scene. Sadly, Walken isn't the one in the movie, but hey, I can always watch the gag reel again!

As a family movie, it's a harmless way to spend about 90 or so minutes, but if you're not watching this as a family, you'll be hard pushed to call it a comedy. For me, the gag reel in the extras saved it, as shallow as I am. Williams isn't at his best as a straight man, but for movies like “One Hour Photo” for the adults, I guess he's entitled to make an innocent movie for the kids. Rent first, to see if it's your thing.