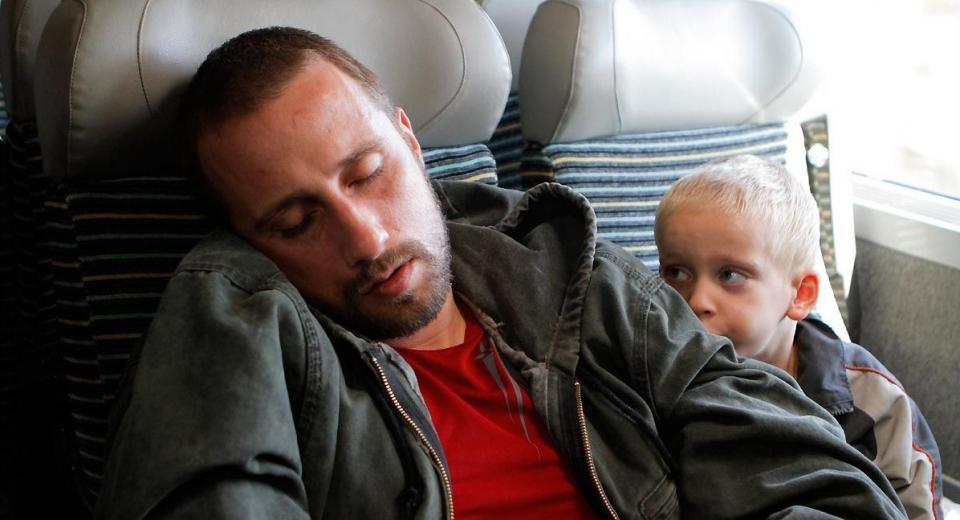 Rust and Bone comes to Region B-locked UK Blu-ray complete with a stunning 1080p/AVC video presentation in the movie’s original theatrical aspect ratio of 2.4:1 widescreen. Although not a heavily stylised film – nor a particularly big budget one – the cinematography, making the most of the often sun-graced Cote D’Azur, still manages to impress largely thanks to the use of the Red Epic camera, which is swiftly becoming the go-to camera for superior HD filming.

Detail is extremely good throughout, strong enough to single-handedly push this presentation into demo territory, and allowing for brilliant close up skin and clothing observations, as well as stunning landscape shots and panoramas. There’s simply no sign of any digital issues: no defects, no edge enhancement, crush, banding or blocking, nor any overt signs of excessive DNR treatment.

The colour scheme is very natural, superbly rendered with both realistic paler, sombre tones and also occasional splays of vivid and vibrant elements – all of which come reproduced without any significant saturation or stylisation. Black levels are strong and deep and allow for outstanding shadow detail. Overall this is a demo quality video presentation that is a hair’s breadth away from sheer perfection. Rust and Bone comes complete with an original French language DTS-HD 5.1 Master Audio track, as well as a LPCM alternative. The primary 6-channel track is easily the preferred option and is a superb offering. Dialogue comes across clearly and coherently throughout, largely emanating from across the fronts and centre channels; taking precedence over the rest of the mix. Effects are almost entirely atmospheric; subtle observation of a whole slew of different background noises, from water slapping across the soundstage and positively drowning out the entire proceedings where necessary – i.e. making you feel like you’re underwater – to traffic noises; buzzing scooter engines; bustling club beats and punishing boxing body blows. The soundscape is excellently utilised, drawing in just enough LFE input, using but not pushing the boundaries of the surround array, and brilliantly balancing the effects, score and dialogue. Just shy of demo quality, it’s a decent offering and comes complete with solid English subtitles. On the extras front this UK package covers all the bases: Commentary, Documentary and Deleted Scenes. What more could you want? And yes, they’re even in HD.

Audio Commentary unites Director Jacques Audiard, Co-Writer Thomas Bidegain and Journalist Arnaud Calistri, who talk in their native French about the production, adapting the original source work, shooting specific scenes, bringing the characters to life, and their thoughts on the end result. (Subtitled in English)

The Making of Rust and Bone is a near-hour-long Documentary, which is also in French with English Subtitles, and which splits its time between interview snippets with the cast and crew members and behind the scenes footage from the film shoot itself. Although it is quite hard work to plough through the whole lot in one go, fans of the feature should find plenty of interest here.

The Special Effects of Rust and Bone is a rather unexpected additional Featurette, not just because it’s only 3 minutes long, but also because the effects themselves were already discussed in a fair amount of detail during the Documentary. Still, this basically shows us some direct comparisons between the key scenes before and after the added effects – it really was remarkable work done.

Deleted Scenes total 7 minutes of extra footage, none of which really adds to the piece, although it’s interesting to see the added character beats on offer here. Again, in French with English subtitles.

The disc is rounded off with the original Theatrical Trailer. Painting a bold and unflinchingly raw portrait of true-to-life but hard-to-like characters, Rust and Bone is equal parts emotionally detached and emotionally draining. Clinically exposing the heart- and gut-wrenching truth, it is an intense and intimate relationship drama that brazenly defies both convention and expectation, and delivers in unprecedented power and potency. The frequently bleak and almost relentlessly tragic subject-matter may take its toll on you whilst watching it, but the portrayal of inner humanity and intimate social interaction is understatedly passionate and unquestionably impressive.

On Region B-locked UK Blu-ray Rust and Bone comes complete with excellent video and audio together with a well-rounded collection of extras which covers all the bases. Fans should consider this an excellent package to pick up; newcomers who are interested in anything from the works of Kieslowski (Three Colours Trilogy) to the director’s previous features – or even those who are always drawn to excellent human dramas – should consider it well worth checking out. Recommended.