Running Out Of Time 2 DVD Review 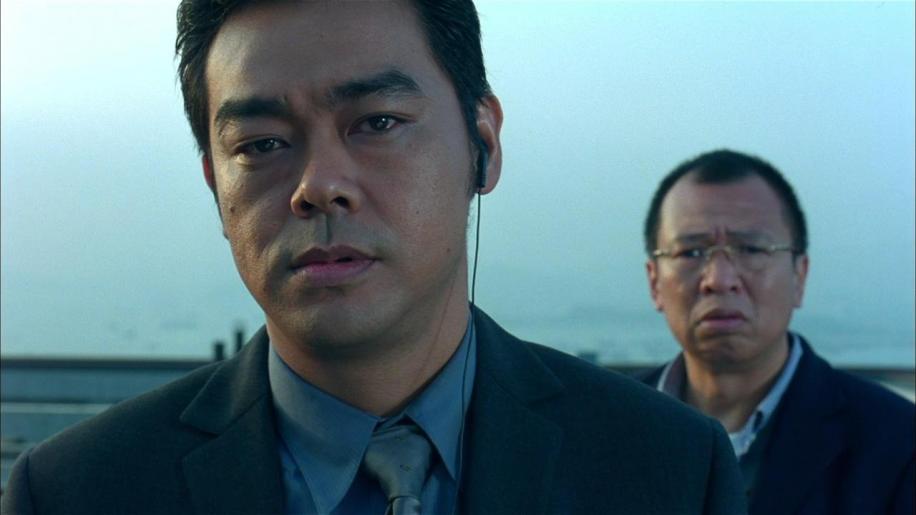 The picture is presented as an anamorphic widescreen 1.85:1 image and is superb - very cinematic, with excellent blacks and good flesh tones - the detail levels are very high - on close-ups you can see every pore of the actors faces. This film looks like a high budget movie and there were only a few moments of grain or print defects. The average bit rate of 9.8 Mbps is the highest I've yet witnessed on a DVD and I wasn't surprised, the picture was that rich! The sound on this disc was a plus point. I opted initially for the original Cantonese track as it sounds the most natural and the audio quality is the best on this one. The other two are dubbed (English and Mandarin). All three tracks are Dolby Digital 5.1, but the two dubbed tracks obviously seem a little false and the English voices are atrocious. The sound in the Cantonese track is really dynamic - plenty of effects from all of the speakers, especially left, right and surround. It gives the film a very involving soundtrack and was a pleasant surprise. The extras on this disc are pretty poor. There is a short Making Of featurette (5m44s) with the usual interviews with the main characters and a few shots of the set etc. In such a short featurette there wasn't much time to glean anything new about the film other than the fact that not a single shot was fired in this movie (something that is quite rare for this kind of film) and that was quite refreshing. It was also funny to see Cheng commenting on how long this film took to make compared to the 17 days his previous movie had taken!! A very difficult film to summarise. As a standalone movie I found it hard to get into as the story is complex and the characters actions are not well explained. As a sequel I can't yet comment as I haven't seen the original although I hope that my reaction to the sequel will change for the better once I've seen the first movie. As it stands, I could only recommend it to those who really loved the first movie on the assumption that it will give them more of the same.